In the Chicago Tribune article, “Angry White Men are Fueling this Generation’s Racial Violence” by Dahleen Glanton, you could feel a sense of astonishment and dismay in her words as she unraveled the Charlottesville tragedy from last year.

“… the demonstrators in Charlottesville, Va., did not wear hoods,” she wrote.

In many of the Honorable Minister Louis Farrakhan’s addresses about Donald Trump, he mentioned countless times who placed the president in office.

“Mr. Trump tapped into that feeling and the mask of White civility is coming off so racial discord and conflict will grow, not decrease,” he continued.

Unfortunately, many people twisted his words so that it seemed he condoned Donald Trump.

This may explain why Ms. Glanton and so many others are so startled and saddened by the long-established truth that Donald Trump was hired to protect the interests of low-class White Americans.

The president’s harsh words—or Tweets—and policies are a result of the low-class’ desperate attempt to regain the power and strength they felt was lost in 2008.

The Ku Klux Klan and other White supremacist groups never went away; their voice was simply ignored to imagery extinction.

If people such as Ms. Glanton listened to the Minister, no one would suffer from astonishment and dismay. America’s destiny was already written and re-stated. Isn’t it about time we give the Honorable Minister Louis Farrakhan time and consideration? 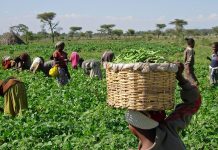 Voices From Africa: The Fulani Herdsmen & Clashes with Farmers 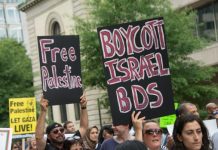