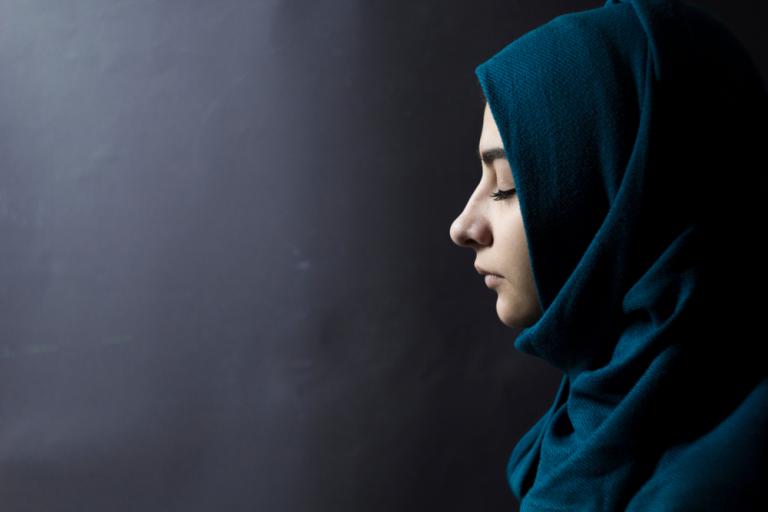 That’s what 19-year-old Jabril Muhammad sees when he looks at the U.S.

“America’s root is slavery, genocide, lying, and thievery. She is the same still – enslaving, killing all over the earth, lying about it, and stealing land,” he said.

Jabril is not alone in his views – it’s shared by many of the roughly 4 million Muslims who reside in the U.S. Grateful to live in this country? Yes. Fooled by its diplomacy and shady history? No.

Many of those 4 million Muslims belong to the subpopulation of young Muslims who are immersed in American society. They’re college-goers, business employees and are also affected by the same issues and policies other citizens of this country are affected by. They just might see it a little differently, through the lens of ‘Islam’.

Born and raised in the Nation of Islam, Jabril goes to school in California’s Bay Area and studies business. His mindset is to use what he learns in school to assist in building a Nation where Black and oppressed people can live in peace, which is an aim of the Nation of Islam.

He, along with many young Muslims are often placed in a box with fuzzy edges. He’s a Muslim, which makes the edges even fuzzier. In other words, the majority of the country doesn’t know what he’s thinking or how he feels because they can’t see past the assumptions made about him.

Because he’s a member of the Nation, even more assumptions are placed on him. He believes that he’s targeted and treated as if he’s an enemy of the country.

“Black Muslims in the Nation of Islam have been targeted ever since the Nation of Islam was founded,” he said. “Elijah Muhammad [was] arrested by the FBI on direct orders of the president of the United States because he was teaching the truth about the conditions of the Black man and woman in America and enjoining them to come to Islam.”

Historically, Black Muslims in the U.S. have been labeled as “radical” and part of a “hate group.” In fact, the Nation of Islam was targeted by the FBI’s Counterintelligence Program in the ‘60s, along with the Black Panther Party and other influential leaders and organizations that were deemed “radical” and “dangerous.”

Jabril doesn’t allow this to stop him, though. He struts through California’s streets in a suit and bowtie, the signature of a man in the Nation of Islam. He constantly goes out into his community to propagate the Teachings of the Most Honorable Elijah Muhammad. He and other members of the Nation of Islam around the country go into the worst neighborhoods to offer kind words and a knowledge of self to those that live there.

One reason for misconceptions made about Muslims is due to ignorance, which is what Zakiyyah Muhammad believes is one of the biggest issues in the U.S.

“People are showing their true colors and fail to realize that their words influence the actions of people. If an idea is dangerous, it can influence actions that cause harms to others,” she said. This ignorance, she believes, contributes to “racism, sexism and other forms of bigotry.”

Zakiyyah recently graduated from college with a degree in international relations and history. She was born into the Nation of Islam, just like Jabril. She’s watched many Muslims suffer because of the misconceptions made about them.

“Muslims have been characterized as dangerous in this country,” she said. “Because of this false characterization, they are treated unfairly. There have been stories [of] Muslims being called slurs [and] being openly discriminated against because of their faith.”

Because of her love for the country, Zakiyyah feels it’s necessary for her to speak out against the issues that plague the society.

Although there are many issues that Muslims face, Rahmah Ibrahim, a 21-year-old nursing student at Georgia State University, thinks that the way Muslims are viewed in the U.S. is improving.

“I personally think that with the other equality rights that are going well today is somehow paving the way for rights of Muslims and other minority groups,” she said. “People are [slowly] realizing that we weren’t put on this earth to judge each other, but help each other, no matter our differences or beliefs.”

One of the wedges that have been placed in the perception of Muslims is the tragedy of 9/11. If one ever forgets about what took place on September 11, 2001, one is instantly reminded every year when the anniversary rolls around. Rahmah was very young when it happened – around 4 years old – so she didn’t experience blatant Islamophobia like many others did during that time. However, she thinks the incident has made people ignorant towards Islam.

“I think some people are ignorant and others not by choice, and I can understand how they view our presence in the after-effect,” she said. “But I have hope that when they actually interact and talk with us in their daily lives, a common-sense light bulb will go off and help them see the very limited distinguishing factors between us and themselves.”

To Jabril, 9/11 only leaves questions unanswered.

“I believe 9/11 was an inside job that the United States government orchestrated,” he said. “Why did the buildings that fell in 9/11 appear to have fallen in a way that only controlled demolitions make buildings fall? I have actually seen, in person, a building get imploded by a controlled demolition and it looked just like it did on the 9/11 video. Why did a building fall that didn’t even get struck by an airplane? What caused it to fall? There are many unanswered questions by the government of the United States.”

Even with everything that they face, Jabril, Rahmah and Zakiyyah don’t try to hide their faith or claim to be something other than who they are. Zakiyyah and Rahmah proudly wear their head coverings, and Jabril isn’t afraid to share what he’s learned as a Muslim.

“I am glad that the Honorable Minister Louis Farrakhan stepped into my life and taught me who I am and is teaching me how to take control of where I live,” he said. “A true Muslim, and a true friend, saved my life with Islam. It is because of Minister Farrakhan, who is a student of The Most Honorable Elijah Muhammad, that I am alive today, and at more peace with myself than most of the world around me. I too, hope to bring peace to the world. Bringing peace to the world is true beauty.”

Rahmah, like many other Muslims, is grateful for the satisfaction that comes with the faith.

“I’d say the beauty of Islam is simply the diversity and the room for mistakes to learn!” Rahmah said. 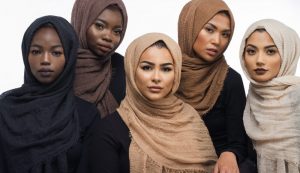 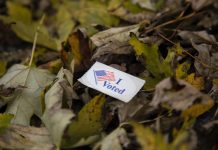