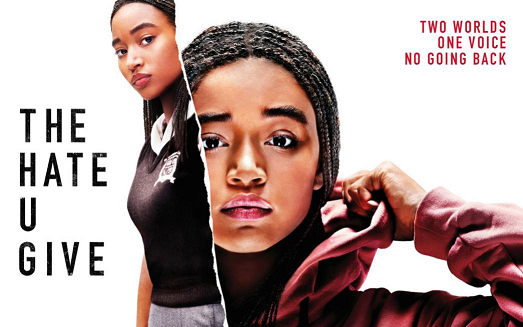 It’s possible that by now, most of the world has seen the on-screen adaptation of the bestselling novel, “The Hate U Give” by Angie Thomas.

Some are skeptical about the movie’s content, wondering if it’s actually worth watching or if it’s just another “wannabe” Black movie?

“The Hate U Give” is a story about the pain of being Black in America, the beauty of the Black family, the complications of race in this nation, and freedom, justice and equality.

As someone who’s both read the book and seen the movie, I can assure you that it’s worth the time. 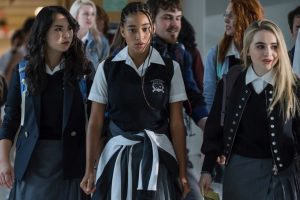 The book and movie follow Starr Carter, a 16-year-old girl who lives in an inner-city community called Garden Heights. Garden Heights has a dominating gang and has seen the ugliness of gun violence and drugs. Even though Starr and her family are centralized in Garden Heights, her world transforms everyday when she goes to school and becomes Starr #2. Starr #2 attends a predominantly white school in an upper-class neighborhood. Starr #2 doesn’t use slang, and basically, isn’t too “ghetto.”

Things quickly change when Starr’s childhood best friend, Khalil, is shot and killed by a white police officer right in front of her. Starr #1 begins to blend into Starr #2, her friendships are rattled, and she becomes a person she never thought she’d have to be.

Thomas’ storytelling is masterful, and she’s added amazing dynamics that keep it interesting. 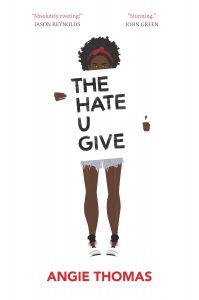 The Movie: Is It Worth It?

Many of the things that you loved about the book, you’ll see in the movie. For me, I loved the essence and the vibe of the Carter family. It’s easy to see the love they have for each other and the closeness of their unit. That element of the book definitely wasn’t missing in the movie.

In the movie, you get to see the world Thomas depicted in her book through a star-studded cast. Amandla Stenberg did an amazing job of depicting both sides of Starr and her transformation throughout the book. Russell Hornsby, who played in the NBC show “Grimm,” did a phenomenal job as Maverick Carter, the father who simply wants his children to be conscious survivors in the world.

The film was an emotional rollercoaster. It made you laugh, it made you angry, it made you want to cry… But it leaves you with a sweet taste. Plus, you’ll probably want to go back and see it another time. I know I definitely do. 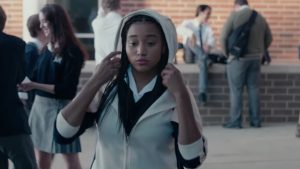 Overall, the story is one that we can all relate to. No, the majority of us probably haven’t had to live through such a tragedy as losing our childhood friend to police brutality, but Starr’s life is an on-screen depiction of the realities many of us face.

If you haven’t seen the movie, this is your push to go see it.