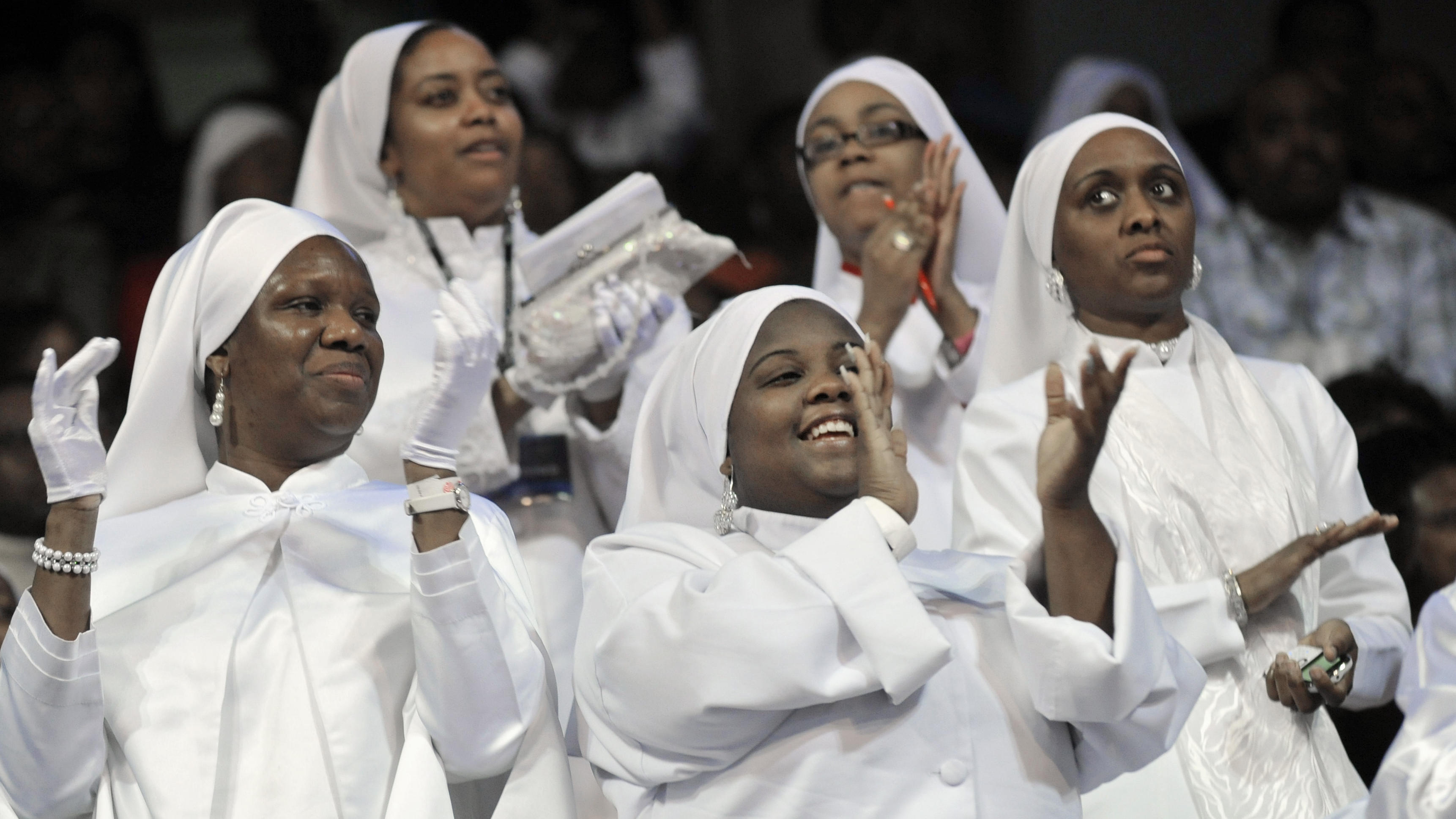 Amid recent attacks thrown at the Honorable Minister Louis Farrakhan and lies spewed by mainstream media, women of the Nation of Islam took to Twitter once again to defend the name of Farrakhan.

Topics included comments made by Alyssa Milano, Debra Messing and a statement made by the Women’s March, all regarding the Honorable Minister Louis Farrakhan.

Alyssa Milano, an actress and activist, is refusing to speak at upcoming Women’s March events unless Tamika Mallory and Linda Sarsour, both activists and organizers of the Women’s March, denounce Minister Farrakhan for what they consider to be anti-Semitic remarks.

In the past, Mallory has had to defend her decision to work with the Minister and to attend events such as Saviours’ Day earlier this year and Justice Or Else! in 2015. Milano was among those who called Mallory out for “turning a blind eye to the hate spoken about a group of people.” Others called for her resignation, according to Atlanta Black Star.

“Will and Grace” star Debra Messing called out the Women’s March for not denouncing Minister Farrakhan. On top of that, she supported Milano’s decision to distance herself from the march.

What do Nation of Islam women have to say about that?

“Tonight we stand to defend the Honorable Minister @LouisFarrakhan against blatant lies that have circulated. Tonight those lies will be dismantled,” was the initial tweet by Ebony Muhammad, moderator of the chat.

Participants were asked to explain why claims of Minister Farrakhan being an anti-Semite, a bigot, a hater of the LGBTQ community and a man who’s against women, are untrue.

The sisters began firing off immediately.

A1: The issue with The Minister is he CAN'T be run off. He will not bow, because the power that backs him is greater than ANY power that attempts to come against him this is why they must lie they find weak ones who need their favor or those who rely on the wicked for sustenance.

A1: If the Minister was preaching anti-Semitism, his followers would have responded with hatred. He has been labeled an anti-Semite for over 30 years, but no harm has ever come to any Jewish person by a member of the NOI. #CoveredGirl #Farrakhan https://t.co/fBHH1fR27A

Many women said Minister Farrakhan can’t be classified as a bigot because of all of the friendships he has with people from various backgrounds. Not only that, but he lives by the principle of seeking knowledge.

A2 A bigot would never take time to squash beef between (non-Muslim) rappers, empathize with his people in the LGBT community or invite members of the @womensmarch and others w different views/faith to be apart of 10/10/15 Justice or Else etc. @LouisFarrakhan is no such thing. 🙅🏽‍♀️

The Minister has been nothing but an example of the Joseph that you read about in the Bible that had a coat of many colors. His world friendship tour found him meeting White Russian Muslims and people of many backgrounds and faith traditions. Bigots dont do that. #CoveredGirl

A popular lie going around about Minister Farrakhan is that he hates the LGBTQ community. The women participating in the chat debunked the claim.

I remember the minister saying that some of the brightest among us come from our LGBTQ+ Family (he calls them family). And that we can’t go anywhere without them. So…. I don’t know where they get this lie from. #CoveredGirl #Farrakhan

Q3: The Honorable Minister Louis Farrakhan's guidance for the LGBTQ community comes from scripture. That is where men of God speak from. And he has stated & demonstrated REPEATEDLY that he loves all people regardless of how our lives line up w/ scripture. #CoveredGirl #Farrakhan

The women also rejected the idea that denouncing Minister Farrakhan would take away from his work, and they directly challenged Alyssa Milano and Debra Messing on their motives and their seemingly hypocritical stance.

Lol why would it? #Farrakhan has been teeaching Women & the Sacredness of Women for 60+ years. He has helped many Woman like myself recognize the Value of ourselves. Just bc they don't like him doesn't mean he's wrong. #CoveredGirl

After explaining the Honorable Minister Louis Farrakhan’s stance and debunking the negative ideas that are floating around about him, participants expressed their love and support for the Minister and highlighted a few of his words and lectures that have uplifted women.

For me personally, I have a greater depth of understanding of myself and the complexities of issues surrounding black women in particular. #CoveredGirl #Farrakhan

Q7: Who else stands up for women like this? Who else encourages men to love, respect and protect women like this? Everything Mary was we are striving to be because of This Man #Farrakhan. #CoveredGirl pic.twitter.com/mAqfqXKSlR

Ebony Muhammad ended the chat with women still expressing their love for Minister Farrakhan. Participants continued to chime in after the chat’s conclusion.

All praise is due to Allah!!!! The #CoveredGirl Twitter Chat has now concluded, but please feel free to continue responding and bearing witness to our Beloved Minister! Continue standing up for Truth! Thank you all for joining this POWERFUL discussion! As-Salaam Alaikum!