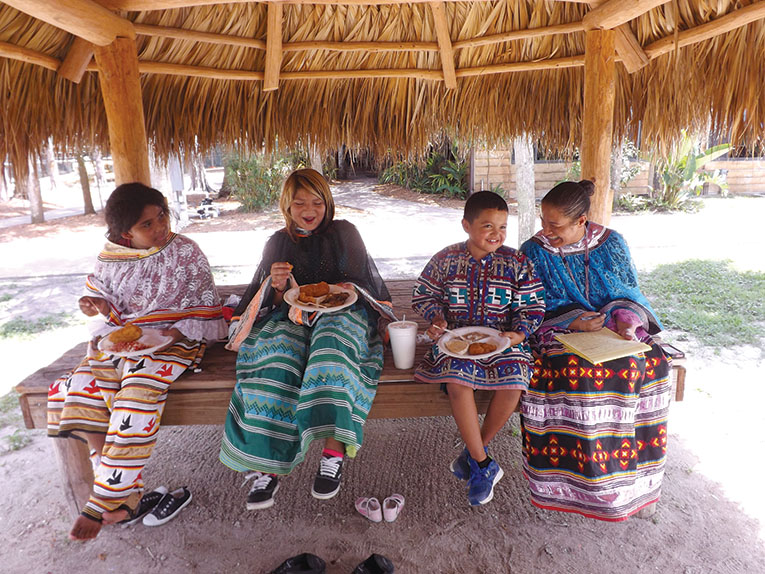 Being from Miami, Florida, I’m not used to wide open spaces. Sure, there’s the beach and there’s the occasional road trip out of the state, but Miami’s not a rural area. We deal with random traffic congestion on I-95 on Saturday morning, trouble finding parking spaces and less than enough housing.

There are just too many people and not enough space.

But, traveling Northwest away from Miami and to the Big Cypress Indian Reservation two weekends ago, the road was quite clear.

I took I-75 and got off on the proper exit. Then I was met with an approximately 12-mile stretch of winding road. Every few minutes—if even that—a car or truck would pass me by. Signs telling me I was getting closer to the reservation lined the road every few miles. 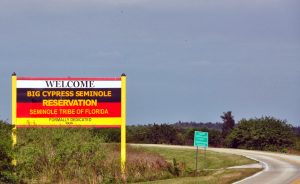 Finally, I broke into the reservation, which seemed like another world to me. Not that it looked completely different from what I was used to, but it had its level of mystery.

Since I was young, I was extremely fascinated by the idea of reservations. Natives had the opportunity to govern their own affairs, more or less. They had their own law enforcement, their own schools, their own culture… I enjoyed the idea of their independence.

However, I quickly learned about the hardships of growing up on the reservation through Sherman Alexie’s book titled, “The Absolutely True Diary of a Part-Time Indian,” news articles and interviews.

I drove through the Big Cypress Indian Reservation behind a white truck that was going maybe 20 mph. That was okay, though—I wanted to drive slowly as well so I could take everything in.

Many of the houses were dressed in the Florida Seminole tribe’s white, black, red and yellow flag. I passed by the local firehouse, the medical center and a school. The streets were quiet, and that’s because everyone was at the arts festival and the Ah-Tah-Thi-Ki Museum.

I paid for parking and struggled to find a spot. Instead, I made my own parking spot, as many other drivers had.

Once I had my bag strapped on and my camera over my shoulder, I stepped out into the seasonal Florida weather. Typically, it’s pretty hot, if it’s not raining; but on this day, it was around 70 degrees with a nice breeze. Imagine how pleased I was.

Music played from a tent several yards away. Many people sat underneath the tent. I watched people roam the lawn and visit the many vendors that were out to sell their wares. People both young and old sat at picnic tables to eat food. Vendors sold beaded bracelets, dream catchers, custom-made pillows with rich fabrics, antiques, clothing, natural skincare products and more. Youth walked around in colorful skirts and shirts that exuded their Native pride.

Under the large tent, I watched Native rappers perform on stage with their fans sitting in the bleachers. They rapped about life on the “rez”, the people they’ve lost to violence and others they’ve seen go and never come back. 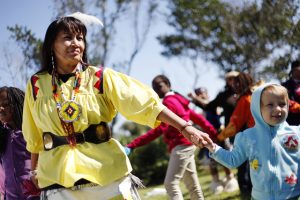 Later, I watched a Native dance in traditional garb to the rhythm of drums. The announcer mentioned the importance of the dance and how it spans generations. A son took the stage and afterwards, his mother danced as well. The movement was seamless.

Finally, I went across the street to the Ah-Tah-Thi-Ki Museum. Inside, the images, wax figures and text told a visual story of the Seminoles in Florida. I learned about spices that were used, tea blends and the ailments they cured, women in the tribe and tribal hierarchy.

Overall, my experience visiting a reservation for the first time is one that will stick with me. I hope to return and learn more about the stories so that I may share them with our audience.