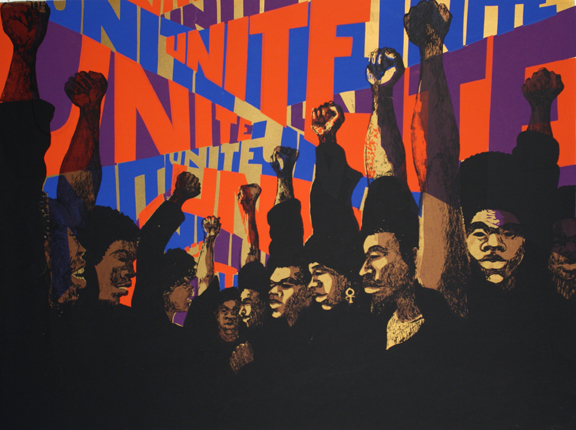 One of the beautiful parts of being a member of this generation has been experiencing the beginnings of a Black cultural awakening. Before my very eyes, I have witnessed and been a part of an entire cohort of young people who use the tools of the internet, social media and digital technology as a method to reprogram our preconceived notions of Black history, culture politics.

As our rebirth of sorts became a clear , the cultural outlets such as music and movies were forced to adjust in order to meet the demand for representative images of both our history and future. Some projects, like “To Pimp a Butterfly” or “4:44” drove this trend deeper while other productions such as “Black Panther” were clear responses to the appetite for Black imagery.  However, the digital black renaissance – if you want to call it that – has been one that the everyday Black youth have been the drivers of.

Many young people use Twitter and Instagram handles as ways to express their views about the world and self, and with developments such as “the story” on Snapchat and Instagram, sharing flash images and videos which represent the rich tradition of Blackness in the new world has never been easier.  Access to these radical tools has, in a very short amount of time, molded the minds and experiences of young Black people in America, as well as forcing those around us to accept our newfound pride, knowledge heritage.

One of the most visible trends in the digital Black world has been the hashtag #BlackExcellence.  A search of this hashtag will prompt a large number of trains meant to get people to support one another through mutually following each other’s profile (which comes with the territory of social media).  But before #BlackExcellence became a means of marketing your profile on social media, it started as a celebration of individual – and sometimes group – success and achievement.

I remember when the hashtag really caught fire. #BlackExcellence would prompt a collage of images of Black college graduates, young successful professionals as well as entrepreneurs, inventors and overall community leaders who had reached above and beyond to defy the notion that Black people are somehow inferior.  As the trend became more and more popular, websites and major profile pages used the hashtag to celebrate more mainstream successes such as those of celebrities, athletes and musicians. Over time, #BlackExcellence was used to tell the story of how Black people overcame the barriers which we face in our everyday lives to create an existence we can be proud of.

Some time around last year, a fraternity brother of mine expressed at a panel discussion about #BlackExcellence that he thought that, as beautiful and powerful as the imagery is, a lot of the underlying implications of the trend lean towards the politics of respectability, and moreover the idea that individual achievement is what makes us excellent is ultimately a self-indulging one.  I had never thought about it from that perspective, and to be honest, his take made me uncomfortable: after all, we were just showing the world that we could do what society always made us feel like we couldn’t. He went on to explain that Black people in America have always achieved a measure of excellence, but at the same time, philosophies that centered around individual achievement almost always defined achievement as the ability to succeed in white institutions.  To get a good job, a college degree or get recognized for some commercial success whether it be in music, film or sports, is not really what Blackness is all about.

“Many times what people are saying is ‘Black Excellence’ isn’t really Black at all.  It’s many things – professional excellence, academic excellence, artistic excellence – but at the end of the day we have to ask, ‘what are we doing for our people?’”

It was then that I understood what he was saying.

Blackness wouldn’t exist were it not for those who acted on a vision not
of individual success, but the success of the entire race.

Throughout our history, the issues of classism, colorism, gender bias, greed; or more generally, disunity, have derailed our attempts to create a dignified existence for every single Black person.  If we are to avoid these pitfalls, we have to center the values of sacrifice, selflessness and unity.  Today the state of the masses of Black people, while #BlackExcellence defines one end of the spectrum, is one of confusion and disarray.  Our communities are diseased by police abuse, miseducation, hunger, poverty, incarceration, lack of nutrition, healthcare and adequate housing.  These conditions have fostered a spiritual and mental deficit which ends up permeating into all of our lives, making true unity harder than ever.  This can be seen, for example, in the fractured attempts to elect a Black mayor to the city of Chicago. Instead of rallying as a community around a message represented by one political figure, the different Black interests in Chicago have created a bloody political battlefield which will likely result in the entire community being the loser.

We will begin to deal with this issue in the future as the call for justice becomes more and more urgent and necessary.  America’s urban economic, political and social structures are failing. With Detroit being the first to go bankrupt, it has become clear that many large municipalities simply don’t have the resources to care for the masses of Black people who are little more than deadweight to the public institutions.  Disasters such as Katrina, the Flint water crisis, the collapse of the City of Detroit and the police abuses happening across the country will continue to mount up and put pressure on Black leadership and the educated Black professional class to create solutions that serve all of our people. We should look at that as our duty and prepare for such.

My concern is that at the moment, while those of my generation who have been blessed with a good education and professional success are aware of the issues our people face, the resolve to sacrifice the stability that a good job with benefits offers will leave us failing to prepare a better existence for the next generation.

Elijah Muhammad, one of the leaders in Black history as far as preaching a doctrine of unity, said that our unity is more powerful than a hydrogen bomb.  Think about that for a moment. A hydrogen bomb can bring down otherwise immovable structures and completely alter the state of a city and its surroundings.  Our unity has the ability to move institutional barriers we thought otherwise invincible; our unity has the ability to radically alter cities and states around the country and eventually the world.  But unity will only be realized once we can move past comfortability, class, religion and political ideas and understand that unity among Black people is our only option. 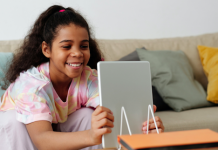 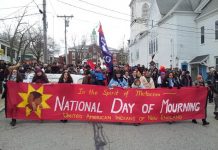