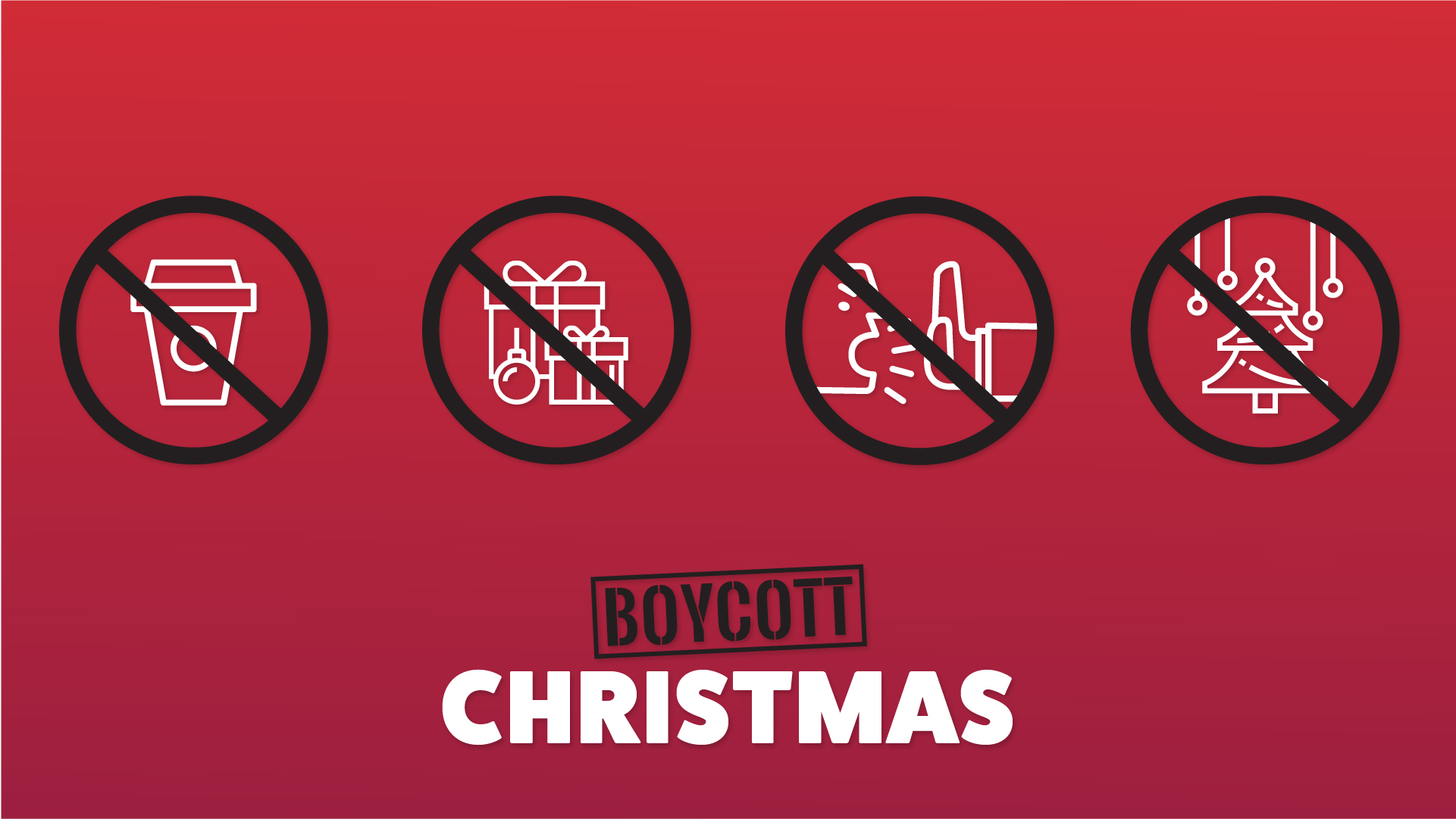 It’s about that time. You know, when you buy a tree and deck it with silver and gold; when you put wreaths on your door and reindeer statues on your lawn; when you give more attention to Santa Claus than to Jesus.

Yep, it’s about that time for jingle bells and holiday cheer; for drinking, fornicating and committing a litany of sins under the name of Jesus Christ.

Here are some reasons why you should not partake in the madness of the holiday season.

I know. Mindblown, right? Not really? I mean, there’s no excuse for you to be with the ability to research at your fingertips. Just a simple Google search, “Was Jesus born on December 25” would prove the falsity of his so-called birth date. Many Christian scholars believe that Jesus was born during the first or second week of September, as the shepherds were out during his birth. The shepherds would not have been out tending their flocks in the winter.

You’re probably not so mindblown about this one. According to the History channel, “The oldest existing record of a Christmas celebration is found in a Roman almanac that tells of a Christ’s Nativity festival led by the church of Rome in 336 A.D. The precise reason why Christmas came to be celebrated on December 25 remains obscure, but most researchers believe that Christmas originated as a Christian substitute for pagan celebrations of the winter solstice.” I could go on. There’s really a lot more to it, but I think you get the point.

3. You shouldn’t have to wait for a season or a day to receive gifts

They say the holiday season is the giving season, but if Jesus gave you life, shouldn’t you always be in the spirit of giving? Are the homeless not homeless throughout the year? Does the little boy who needs shoes only need them 1-2 months out of the year? Does the hungry not need to eat 7 days a week for 12 months? But wait, I forgot. You can only give during the “giving season” while the poor suffer throughout the entire year.

4. The masses of us as Black, Native and Hispanic people don’t have the money to spend on lavish gifts

I know it’s a hard truth to admit, but the truth shall set you free. In this case, to a better place economically. You’re struggling to pay your bills on time but yet you want to give everybody new phones, gaming consoles, clothes and other material goods. Don’t you think love is more important than material? You don’t have to wait until a certain time of year to buy your loved ones stuff. What’s the use in buying gifts when you’re broke in the New Year? There’s nothing wrong with gifts, but at the same time, we have to start thinking economically sound as a community.

5. We should withhold our money until we receive justice

“We don’t have to argue with anybody. We don’t have to curse and go around acting bad with our words. We don’t need any bricks and bottles. We don’t need any Molotov cocktails. We just need to go around to these stores, and to these massive industries in our country, and say, ‘God sent us by here, to say to you that you’re not treating his children right. And we’ve come by here to ask you to make the first item on your agenda fair treatment, where God’s children are concerned. Now, if you are not prepared to do that, we do have an agenda that we must follow. And our agenda calls for withdrawing economic support from you.’”

6. You should value truth over tradition

At the end of the day, you know Christmas is not a holiday rooted in truth. You know it has origins in pagan rituals. If you didn’t know, you now know it’s not even Jesus’ true birth date. You know the spirit of giving should not last for a month and go away for 11 months. You know you don’t have the money, and you know you’re not receiving justice. And even though you know all of this, I can still hear you justifying your celebration of Christmas. I can hear you denying the reasons you should boycott. I can hear you saying, “But my great grandfather…” Ok, and? That’s tradition. Should you not value truth over tradition?