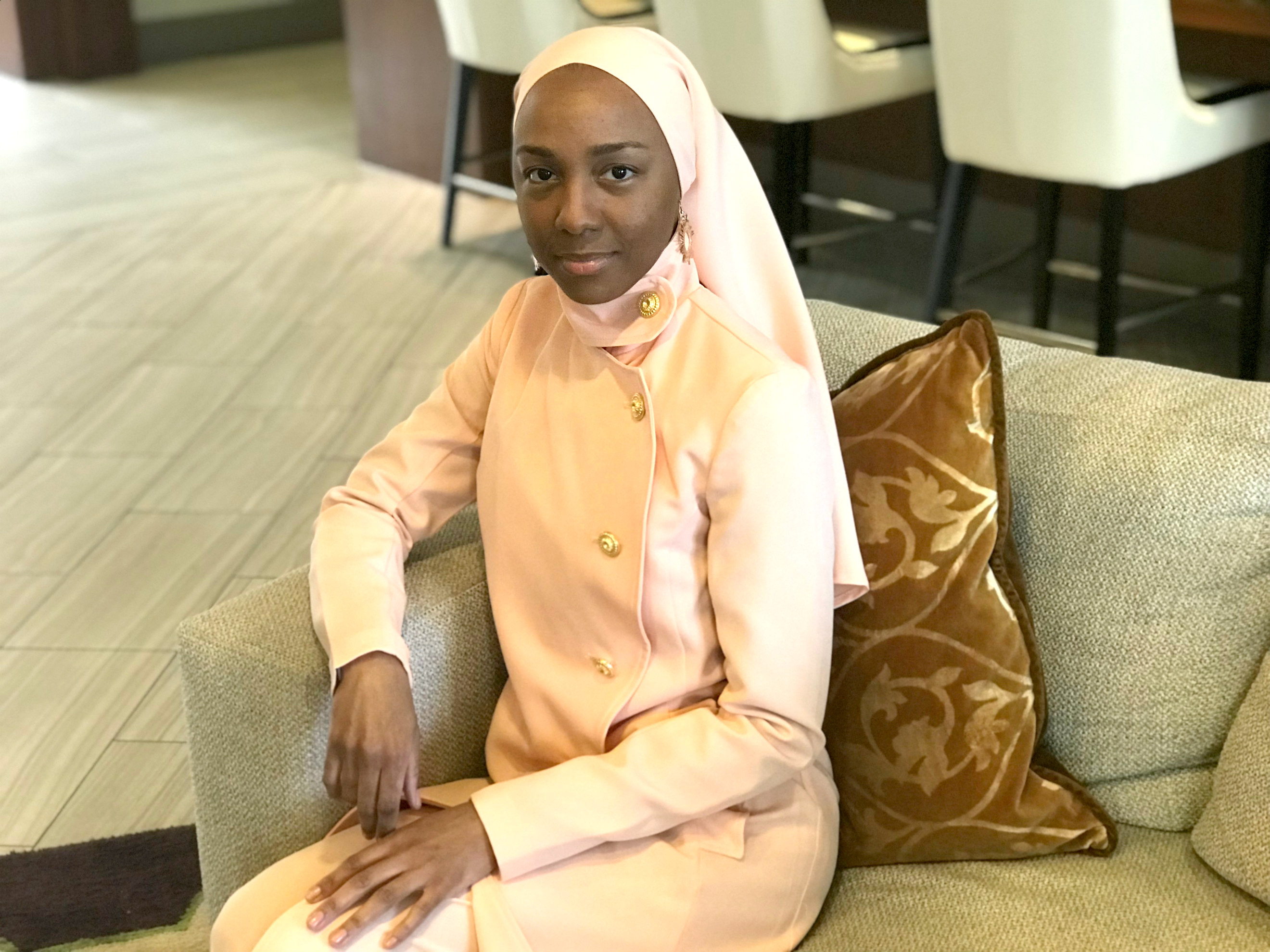 If you were to ask 9-year-old Ebony Muhammad if she saw herself on the current path she’s on, she would shake her head emphatically.

“When I was a child, I actually had a love for architecture and archeology. I loved
building and constructing with my hands at a very young age. I had every Lego set and model car kit on the market,” she laughed.

While 9-year-old Ebony was creating dig-sites in her childhood backyard in Missouri City, Texas, the older Ebony evolved. She believes she’s stayed true to her childhood self, though. She said her work centers around “digging” trauma and negative experiences that hinder those who she serves.

Ebony’s strong sense of purpose has led her to do this in several mediums; she’s the publisher of Hurt2Healing Magazine, a sports and medical masseuse, a life coach and a mentor.

She’s that sister who will relentlessly dig past your trouble to help you reach triumph.

She’s that sister you ought to meet.

The Budding of Purpose

As an aspiring architect and archaeologist, Ebony’s desire to understand the mind wasn’t cultivated on its own. She was inspired by two people from her household.

“My sister explained the science of thinking (psychology) to me and how it could be
beneficial in understanding myself, the people around me, motives, emotions, etc,” she said. “My father took it even deeper as a Criminal Defense attorney. We spoke a lot about the circumstances that brought his clients to their breaking point. It prompted me to want to learn more and help others.”

This desire to learn more about psychology pushed her to major in it while attending school at Texas Southern University and the University of Houston. During an internship, she had the opportunity to work alongside her father in his department. Her clients included those who were in jail and awaiting trial, and others who were in maximum security prisons. Many of her colleagues were simply filling out the necessary paperwork and moving to their next client, but Ebony desired to get to the root of things.

She later moved to a different department where she worked with clients who were victims of mental illnesses such as bipolar disorder and schizophrenia. Instead of doing the same-old, same-old, Ebony learned how to ask questions that penetrated deeply past the surface of her clients.

“Because I worked with psychiatrists, I had to diagnose and give prescriptions to clients on their
way out of our sessions,” she said. “I did not like this aspect, because we had a very thorough
understanding about the damaging side effects these medications had.”

Ebony’s approach included asking them questions and making them feel as if their answers truly mattered.

“Most of them just needed to process the trauma. Others needed someone to talk to because they didn’t have a support system. Very few needed to be stabilized with medication,” she said.

After asking her clients to complete surveys of their sessions, Ebony was validated that her approach was the right one. Her work put her on the path to strive to help those around her, and also brought her to her spiritual base.

“During undergrad, I was given the book Message To The Blackman In America by The Most Honorable Elijah Muhammad and read on the back cover a review written by JET magazine who regarded him as ‘a master psychologist’,” she said. “I knew that I was on the right path learning from the right Teachings. That same year, I joined the Nation of Islam. My desire to work with people that suffer from traumatic experiences evolved from those three areas as well as my own experiences in life.”

The Business of Service

Ebony started Hurt2Healing Magazine while she was in graduate school for forensic psychology, which was the same time she was aiding mental illness victims professionally.

“In the Summer of 2006, July 4th weekend, I was invited to assist with an event, ‘From Hurt 2 Healing: Protecting the Essence of Our Women’ that was spearheaded by Brother Jesse Muhammad and his brother, Deric Muhammad. It expanded my desire to want to help those overcoming and surviving trauma; now in domestic violence and sexual assault,” she said. “After the march and rally that was incredibly moving, I was compelled to continue the effort beyond that one-day event. I approached both Brother Jesse and Brother Deric with my plan to publish an online magazine that continued offering testimonies of and for survivors.”

Going 12 years strong, Ebony has had people such as Rick Ross, David Banner, Wesley Muhammad and Neelam Hakim grace her covers. She and her writers write about healing, trauma, self-care and more.

“When I first launched H2H it was specifically for the purposes of being a source of healing where people who weren’t quite ready to talk about their trauma could still receive a form of therapy through the testimony of others and through being interviewed,” she said. “H2H is not just a magazine. It’s an opportunity for victims to become survivors by telling their story and taking their power back.”

Outside of publishing, Ebony is also certified in thanatology, which is the study of death and practices associated with it, including the study of the needs of those who are ill and their families. She did it to aid those who suffer loss due to health-related issues and violence.

“All of the conferences that I attended, there was usually just one or two Black people present and maybe one Latino. We suffer from the most loss but we’re under-represented in a space that was discussing it,” she said.

She also volunteered at a grief center in Houston and facilitated group sessions with adults, teens and children as young as 5 years old.

With her skills obtained over the years, Ebony has recently created another platform where people who are ready to talk about their struggles can also get healing. She calls it “Relentless.”

Relentless is a life coaching service that Ebony launched just last month. She helps clients in the areas of transition, trauma, grief and loss.

“I have been coaching groups of women and young girls for a few years now. [Individuals would] open up to me about various struggles and I would offer an ear and counsel if that’s [what] they wanted. My sports massage clients would also open up about what they were dealing with. It became more and more apparent that individual coaching services were sought after by people I knew and total strangers,” she said.

Ebony said she called it “Relentless” because that’s exactly what she’s had to be in order to overcome her own struggles.

“It takes that kind of mindset and drive to acknowledge, face, confront, deal with and heal from trauma and loss. I think that’s why many people become exhausted. They are misled to believe it’ll be as easy as saying affirmations, or creating a vision board. You need more than that to get through pain,” she said.

“We live in a world and society that says it’s not acceptable to feel pain. Therefore, so many are carrying the load alone and without an outlet that’s conducive to healing. They suppress it and they get to their boiling point and have breakdowns. I want those individuals to know they don’t have to do that anymore. They can give themselves permission to heal,” she said.

Ebony Muhammad makes it her mission to constantly study herself, to mine out the gifts Allah has blessed her with and to be of service to others.

“Minister Farrakhan teaches that what we love to do and what we do well is directly tied into our purpose. So with mining out those gifts for the Glory of God and to be of service to others, I come face to face with my purpose,” she said.

She strives to be in a constant state of growth, transition and transformation, code words to define ‘renewal.’

Her definition is based off of a quote by the Honorable Minister Louis Farrakhan: “Whenever a life is in transition from imperfection toward perfection, there is a constant process of change, growth and transition,” he says in the book Closing the Gap written by Minister Jabril Muhammad.

“Sure, I have these awesome degrees and work experience in my field, but the success of applying and exercising the wisdom that is required to do what I do, comes directly from what I’ve been blessed to receive from those two men,” she said.

The Teachings have been the greatest tool that has aided her self-development and improvement, because it allows her to delve deeply into herself and to help others do the same.

She advises people to face every facet of themselves: past and present.

“Be willing to challenge your fears. I think sometimes we believe that we can improve ourselves without dealing with pain or the less than attractive aspects of who we are or used to be,” she said. “Be ready for a lot of highs and lows. Be ready to go to war with yourself. Be ready to stand up to others who may challenge what you’re doing to improve yourself.”

She also encourages people to define success for themselves and to set New Year’s Resolutions only if it works.

“For me, every day that I am blessed to open my eyes is a new opportunity to accomplish what I didn’t the day before,” she said. “If I fall on my face with a certain goal, I get back up and strive harder. I don’t need a new year, although I am very grateful to see one. I’m grateful for a new day, a new hour and a new minute!”

Ebony recommends several alternatives to New Year’s Resolutions, including setting daily goals and working backwards from what you want to accomplish, which goes into strengthening the muscle of discipline.

“There’s this idea that it’s supposed to be easy, and that’s unrealistic. Minister Farrakhan teaches that anything of value is accompanied by a difficulty factor,” she said. “The greater the value, the greater the difficulty. Expect it to be a challenge and accept it! Daily goals and adjusting to the new routine will strengthen discipline.”

Journey is Far From Complete

Ebony Muhammad’s journey as a publisher, therapist, life coach and mentor has positively impacted the lives of many people.

As a follower of the Honorable Elijah Muhammad, she offers a unique insight into what it takes for renewal and self-development.

“With the right Guidance and Teaching, self-improvement and personal development can free you from things that have been holding you hostage for most of your life and free you once and for all,” she said.

“Those Teachings and tools are available and won’t break your bank! You can start by following The Honorable Minister Louis Farrakhan on social media @LouisFarrakhan, and I promise if you make him a part of your daily routine, you will find the weight on your shoulders lighten.”

To take advantage of Ebony Muhammad’s coaching services, you can visit http://iamrelentless.co/ There, you can book a “power session” where you will be asked to prepare your top 3 pressing issues you’d like to discuss. 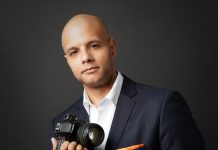