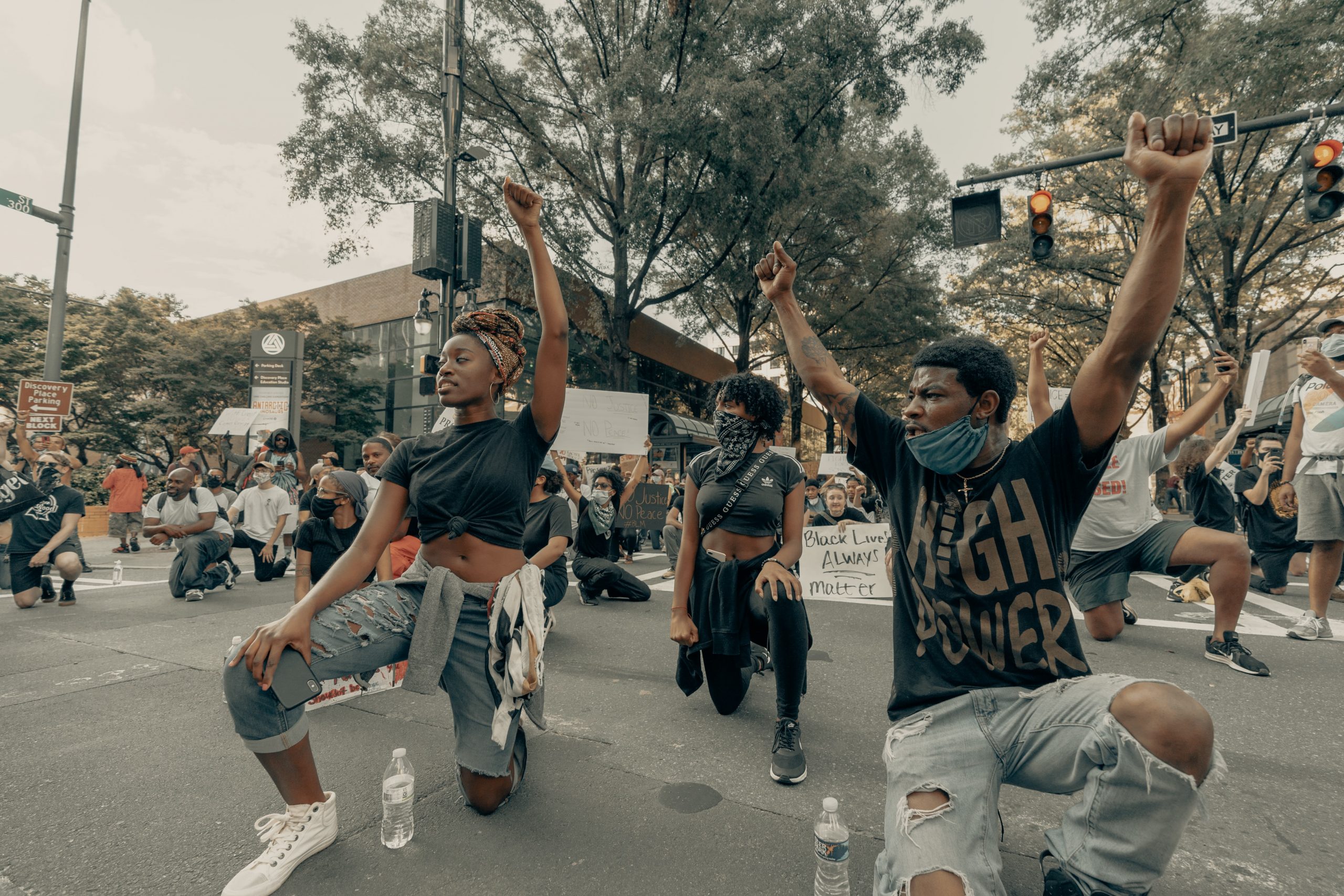 This article was also published in Rise Magazine, a publication out of Atlanta, GA.

The entire world has exploded after the murder of George Floyd, and others, at the hands of police. This is just the tip of the iceberg of a long list of Black people being killed by the state. Black people are extremely fed up with the centuries of repetitive injustice in America and throughout the Earth.

When following the discussion of these recent protests, I noticed the language of many religious individuals who were criticizing the uprisings with their interpretations of peace, justice and morality. They had little to no interest in the reason that the protesting took place, but they were more interested in using Allah (God) as a way to demonize a natural response of anger towards injustice.

I was disappointed to see there are still those whose faith draws the line at fighting against injustice, but not when the actual injustice is taking place. They would rather be silent in the name of Allah (God) than to recognize His Spirit among the people.

To attempt to shame Black resistance in general, regardless of the methods used, in the name of “religion” is a gross misuse of scriptures. It is a huge mistake to deem Black resistance against tyranny as contradictory to the doctrine of God. Both the Holy Quran and the Bible attest to this. These two scriptures not only have verses that charge believers to speak up against injustice (Proverbs 31:8-9, Surah 4:135), but there are verses that we read that show that God is always with the oppressed (Psalms 9:7-10, Surah 4:74-75). God is interested in the liberation of His People, and His pattern has not changed.

Allah (God) is not as soft as some of His followers claim that He is. Did He not kill Pharaoh due to his wicked rule over the Children of Israel? If God hates wickedness and injustice, then how is it ungodly to hate the same?  Are we reading our scriptures, or are we regurgitating passive texts that were carefully selected by our oppressors? If you are to hypothetically ask, “What would Jesus do?” with the expectations of an acquiescent message to dismiss justifiable anger, then you do not know Jesus, and certainly do not know Allah (God). But of course, historically, Christianity was used to pacify Black people until we learned for ourselves that Allah (God) hates oppression, too.

Like our food and language, that which was forced onto enslaved Black people was turned into something that became embedded in our very culture as a means of survival. We did the same with God and Jesus. When Black people had Jesus shoved down our throats, we made him our personal Saviour and source of strength for freedom. Black people were not supposed to make him our champion. We were not supposed to accept him as someone who would take us away from our enemies and free us, but rather as someone who would approve of our enslavement.

We have always justified rebellion by His Standard of justice and looked for more examples in His Prophets and Messengers. When we look at Jesus, we should not see a milquetoast man with a passive philosophy to please people in high places, but we should see a revolutionary whose trial and death were brought up due to him causing political unrest. When Black people were permitted to read the Bible, the slave masters never intended for them to disrupt the plantation like Jesus disrupted the government of his day.  Only certain parts of the Bible had to be read to legitimize the institution of slavery under the guise of “Divine Law.” A passive God who ordered His Children to serve their “master” was always chosen to be taught to the slaves, rather than a God who killed Pharaoh and freed the Children of Israel from tyranny.  Let us not forget revolutionaries such as Nat Turner and Harriet Tubman, who were clear in their belief that passivity was insufficient for liberation. Black resistance has always put God at the center of our revolution as the sole verifier of obtaining freedom.

It is disrespectful and dangerous to soften God and His Prophets and Messengers, especially during times of social unrest and insurrection. The last thing we need in the way of our progress is spiritual cowardice. Black people rising against tyranny from godless people can never be and has never been, ungodly.