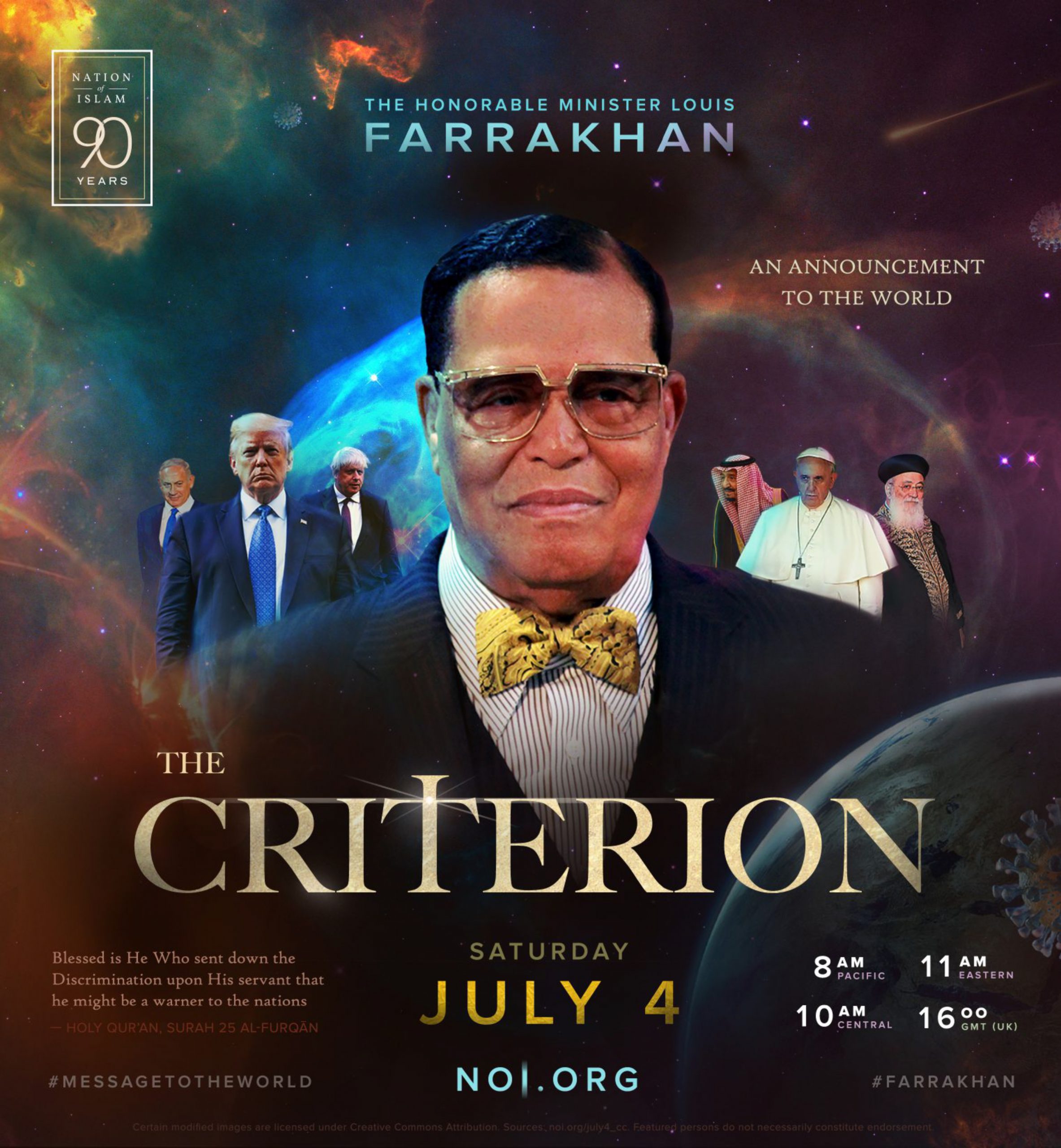 A global pandemic. Wars and rumors of war. Injustice and inequality. George Floyds and Oluwatoyin Salaus.

The world needs the voice of God.

July 4 is a significant day both for White America and for Black America, for different reasons.

In White American History, July 4, 1776 was the day the Second Continental Congress issued the Declaration of Independence in the midst of the American Revolutionary War. Though the colonies decided to officially split from Great Britain on July 4,  America didn’t actually win her independence until 1781 and did not stop fighting until 1783.

But that history has nothing to do with the independence of Black America, because as Frederick Douglass asked, “What to the American slave is the Fourth of July?”

He said, “I answer: a day that reveals to him, more than all other days in the year, the gross injustice and cruelty to which he is the constant victim. To him, your celebration is a sham; your boasted liberty, an unholy license; your national greatness, swelling vanity; your sounds of rejoicing are empty and heartless; your denunciations of tyrants, brass fronted impudence; your shouts of liberty and equality, hollow mockery; your prayers and hymns, your sermons and thanksgivings, with all your religious parade, and solemnity, are, to him, mere bombast, fraud, deception, impiety, and hypocrisy — a thin veil to cover up crimes which would disgrace a nation of savages. There is not a nation on the earth guilty of practices, more shocking and bloody, than are the people of these United States, at this very hour.”

Because Black people in America are still the constant victims of injustice and cruelty. Because America still attains her greatness off of the backs of the poor and oppressed. Black people were still in chains when America reveled in her freedom and independence.

Black people are still in chains when America revels in her freedom and independence.

But like America declared her independence on July 4, 1776, a man traveled 9,000 miles from Mecca and wound up in Detroit, Michigan on July 4, 1930, to declare independence for the once slaved Black man and woman of America.

That man was Master Fard Muhammad, Allah (God) in the person of a man, the Mahdi of the Muslims and the Messiah of the Christians. He made Himself known on July 4, 1930, and he began teaching Black people in America about themselves. And with those words, he established the Nation of Islam.

July 4, 2020, marks 90 years from that moment, 90 years the Nation of Islam has existed in the wilderness of North America. It also marks the day when the voice of God, the Jesus in our midst today, the Honorable Minister Louis Farrakhan, will give a message to the world, called “The Criterion.”

America is currently on a rocketship to hell. I urge any and all who are reading this article to mark your calendar and tune in to his message at https://noi.org/the-criterion/.