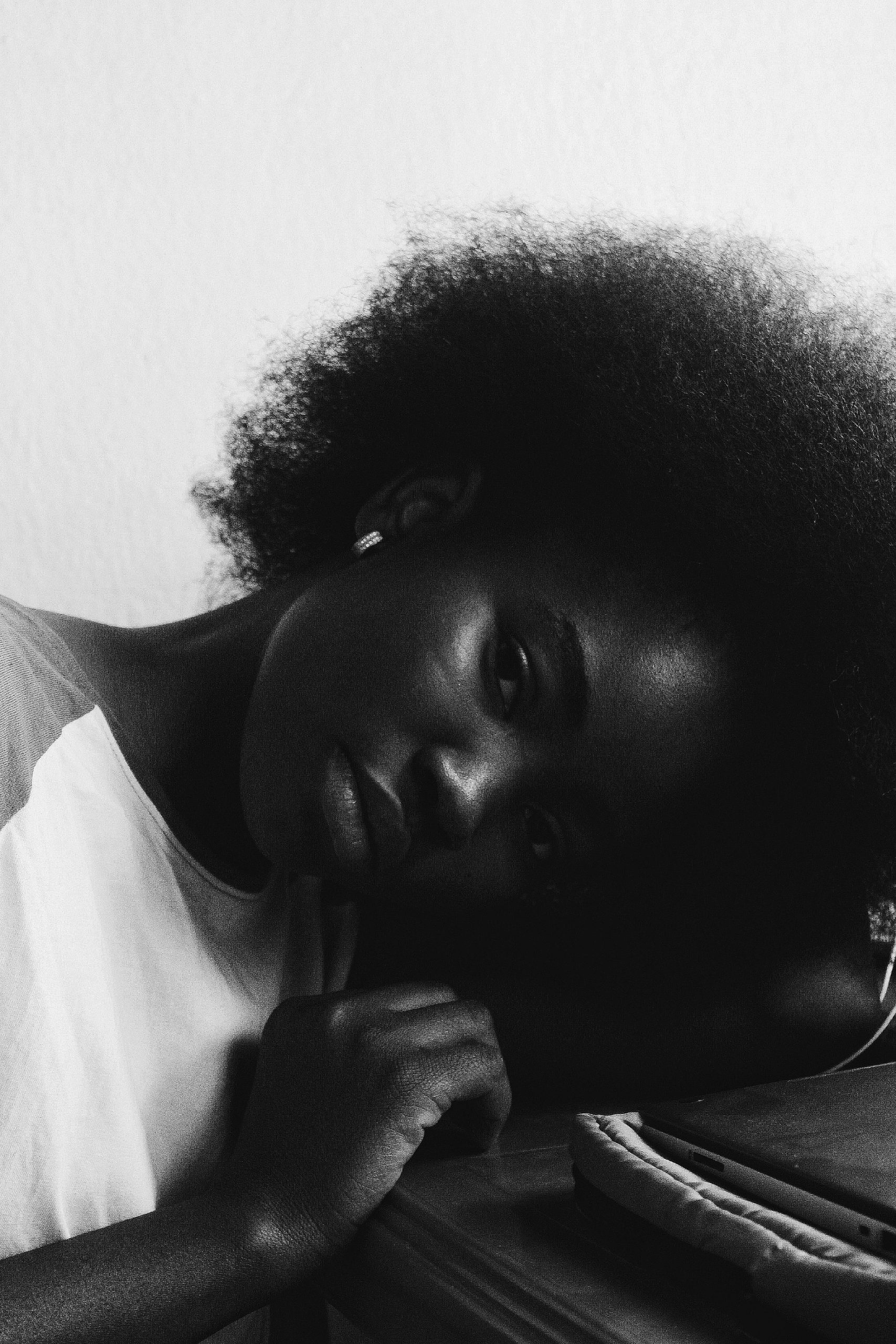 As a Black Woman, I relate to Zuko from the show Avatar: The Last Airbender. When he was a child, his father challenged him to an Agni Kai that left him with a scar on his eye. His scar showed that he was dishonored and disgraced during that battle. He spent years searching for his honor as if doing a nearly impossible task for his father would bring it back.

The Most Honorable Elijah Muhammad gave us an instruction, which was to Respect, Honor, and Protect the Black Woman. It hasn’t been taken into practice because of how the society we live in views Black Women. An instruction is detailed information telling how something should be done, operated, or assembled. So we need to make sure we carefully study and understand our instructions.

Black Women have been dishonored, disgraced, shamed, and humiliated during slavery. We were raped, killed, tortured. We had to break our backs working while pregnant, deliver our babies in the field, and get up to work the next morning as if nothing happened. Our naked bodies were shown off and fondled in “freak show” attractions for white masses. The minute our menstrual cycles came on, we were put on breeding farms to be raped. Our femininity was stripped when we saw our Black man being brutalized and killed by the white slave master. We had to step up as the protector so our sons wouldn’t have to endure the same.

It’s possible that, since we transitioned out of our natural feminine nature as a survival tactic, that the thought arose in white men that “Black Women don’t feel pain.” So we were experimented on.

That thought is still widespread in the Black community. Black Women get the problems of others dumped on them and are rarely asked in return if they are ok. We are automatically seen as aggressive and loud by others and “Woke” Black men try to play that off as the “strong Black Woman”. We aren’t given the chance to be soft and vulnerable. Black girls are denied their childhood because they are seen as older than what they really are. Black girls are stifled because others and even those in our own community say, “She’s too grown! She’s fast!” This is a problem.

Black Women do feel pain. We feel pain everytime our fathers, husbands, sons and the men we aren’t related to are unjustly killed by the police. We feel pain when we are abused in our own communities. We still feel the same way we felt when we had to see these things happen before our very eyes during slavery. We fight for our Black men. We are on the frontlines at the protests for Black Lives. We are some of the loudest voices for the injustice and oppression we face. Not just us in the Black community but others as well. Black Women cry. We cry when we fight for everyone else and we cry when everyone else doesn’t fight for us. The love we have for others is not reciprocated for us, instead it’s debated. As if my sole purpose as a Black Woman is to serve. Black Women hurt. Our back hurts from carrying the world’s troubles on our shoulders the same way it did when we had to carry a bushel of cotton. It’s weighing us down.

We are failing at Honoring Black Women by not allowing her to breathe.

Another way we are failing at Honoring Black Women is by leaving them out of the conversations of the leaders of our struggle as Black people in America. There was a post going around on instagram that was titled “Nation of Islam produced,” with pictures of The Honorable Minister Louis Farrakhan, Malcolm X, Muhammad Ali, Dr. Khalid Muhammad and a few Muslim social media personalities. These are great Black men that the Nation of Islam produced. It was an oversight not to mention the Women that Nation of Islam produced.

Mother Clara Muhammad refused to enroll her children in public schools and was charged with contributing to the delinquency of minors. Her courage resulted in the establishment of the largest private elementary school system for Black children in America, Muhammad’s University of Islam. She also ran the Nation of Islam while her husband, The Most Honorable Elijah Muhammad, was in prison for draft evasion. Mother Clara Muhammad is a product of the Nation of Islam.

Mother Tynnetta Muhammad was a scholar and a self-taught musician. Her study of the Holy Qur’an reinforced her creative spirit. In 1959, she became the first Muslim Woman columnist in the Pittsburgh Courier, the Lost Angeles Herald Dispatch, and the Muhammad Speaks newspapers, writing under the title The Women in Islam. She also wrote a weekly column in the Final Call Newspaper. Mother Tynnetta Muhammad was a world traveler, writer, educator, fashion designer, and much more. She opened many doors for Muslim Women, Black Women, and Women in general. She is a product of the Nation of Islam.

Sister Student Minister Dr. Ava Muhammad currently serves as the National Spokesperson for the Nation of Islam, under the leadership of the Honorable Minister Louis Farrakhan. She got her Juris Doctorate from Georgetown University and is a member of the New York Bar.

Serena Williams is of significance to mention because she is one of the greatest athletes in the world, a champion of 23 Grand Slam titles and yet she, a darkskin Black Woman, was the subject of mock and scorn when she expressed her disagreement with an umpire. Even when Black Women rise to the position of greatness Allah created for us, we aren’t treated with the honor we deserve.

In Real Love, a book written by Dr. Ava Muhammad, she states, “In order for the Causacian to reach and sustain his position as the pinnacle of power, he had to use painstaking efforts to elevate his woman in the eyes of the world. Despite his own rejection of her, reflected in a slave population of every hue, he made the white woman a standard of beauty, femininity, and even morality.”

Black men lost their power during  slavery, and the only power they saw was the power of white men, so they felt a need to emulate white men. Instead of Black men working to elevate their Black Woman so they could regain their power, they started chasing white women. Relatively, Black Women took on the same survival tactic we possessed during slavery. We protected, provided for, and maintained ourselves. We had to and had to do a lot of things on our own, but this is not the rank of the Woman. This isn’t how a Woman is supposed to function. This is the role of the Man. We shouldn’t have to take all these responsibilities ourselves.

What’s worse is, there’s lots of talk about how “Women don’t want to be feminine anymore! They just want to be independent! They don’t want to cook or clean or have babies!” But that’s not the truth. There’s nothing wrong with a woman being independent. A Woman is supposed to have her own money and rely on God, but there is something wrong with a man who isn’t putting in any work to provide for a Woman, to want a Woman to be dependent on him. It’s not in our nature to be dependent on a man that doesn’t provide. Instead of being Honored, thanked and appreciated, we’re torn down for doing what we HAVE to do in order to survive. Women aren’t encouraged or supported in our endeavors that don’t have anything to do with catering to a man.

This shows just how much the Woman, the Mothers of Civilization, are worth. The Honorable Minister Louis Farrakhan said, “This is why this world is limited. It couldn’t last too long because it didn’t honor Mother so it couldn’t honor father. It’s a world that’s on its way out because when man came to strength he didn’t provide an opening for women to show forth the Gifts of God that He had deposited in a woman.”

After his failed attempts to capture the Avatar, Zuko realized he wasn’t going to regain his honor that way. Black Women can’t regain their honor by catering to men who don’t honor them, more than they cater to themselves. Black Women should be treated as what she actually is, a god, the Second Self of God, Himself, as taught by the Honorable Minister Louis Farrakhan, regardless of how she presents herself. She should always be approached with Honor and Respect. There shouldn’t be any debate on this fact. The worth and Value of the Woman, especially the Black Woman should not be debatable.

This article was written in conjunction with an episode of Kareem Talks Podcast, https://www.youtube.com/watch?v=8xZlnYCbXSY, and it is the second in a series of four articles on respecting, honoring and protecting Black women.