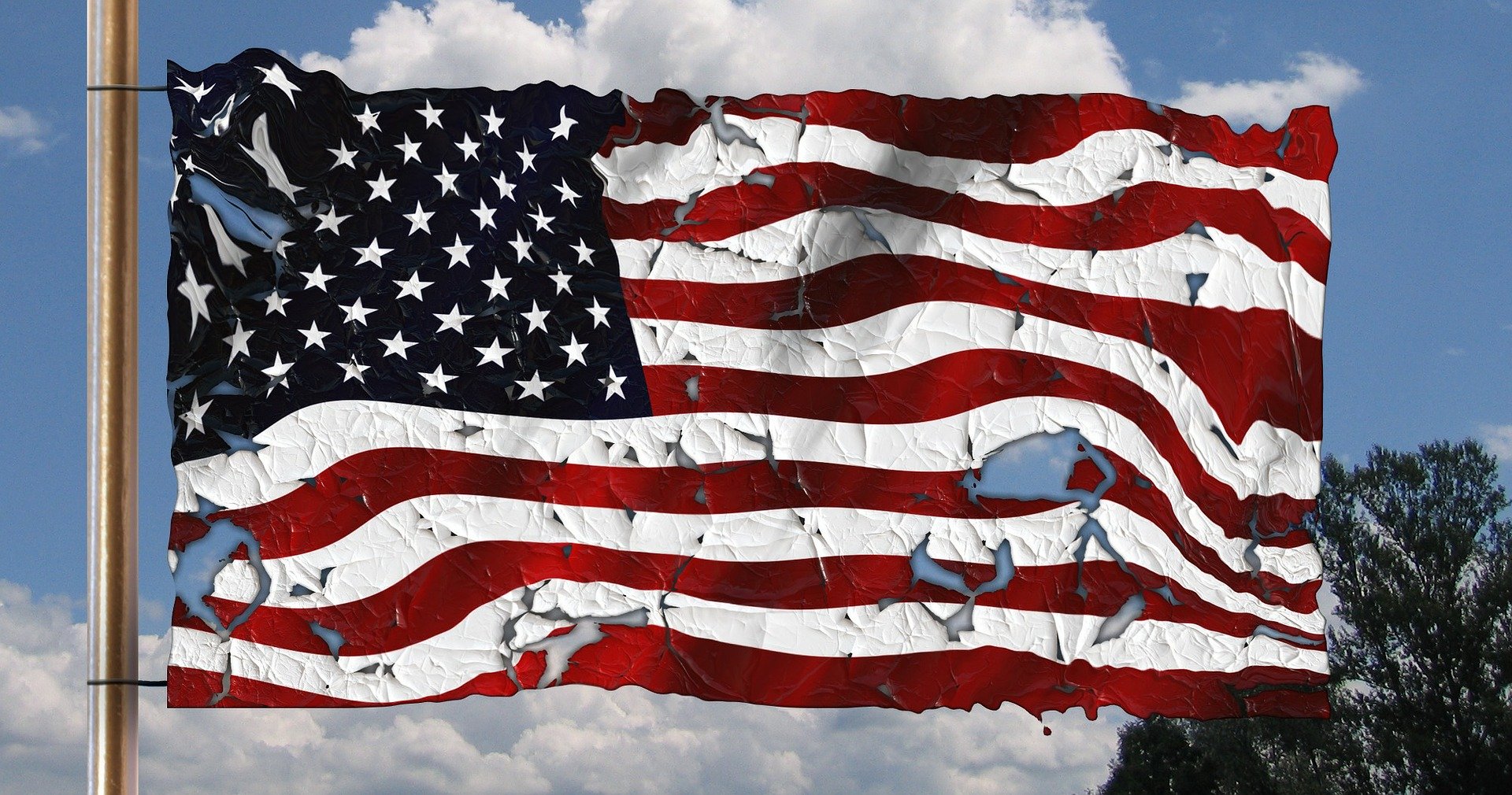 It doesn’t take a rocket scientist to see that America is falling. She is on a prophetic rocketship to hell. The Honorable Elijah Muhammad predicted America’s current condition in his 1973 masterpiece, titled “The Fall of America,” where he gives detailed information about this country’s fall and her symbolism in scripture.

The book was published about 47 years ago, and yet it would seem that it was written for today. In fact, a quick Google search of “the fall of America” will pull up recent articles by writers analyzing the country’s decline. We see articles with titles such as “The Decline of the American World,” “Donald Trump and the Coming Fall of American Empire,” “How Covid-19 Signals the End of the American Era,” and “The Unraveling of America.”

Here are three points the Honorable Elijah makes in his book that apply to today.

1. The destruction of America’s educational system

One of the points the Honorable Elijah Muhammad alluded to was the destruction of America’s educational system.

Let us fast-forward to 2020 and look at the condition of the educational system today. Due to COVID-19, most education has transitioned to a digital platform with little success. Teachers are unable to teach students effectively nor can they capture the attention of the students as they would in a classroom setting. Those who have transitioned back to the traditional classroom setting have to worry about safety, the social distancing guidelines, constantly sanitizing the surfaces of everything and the overall fear of trying to learn or teach during a global pandemic.

2. The importance of unity

The Messenger also stressed the importance of Black people to unify.

“We must unite at all costs. Once united, we must stand fully packed as a wall against injustice,” he writes.

This could not be more relevant today. Amid the police shootings of unarmed Black men, and the lack of convictions and accountability from law enforcement agencies across the country, the need for a Black united front has increased. God Himself wants to see us free, and we could solve 95% of our problems by just sticking together. We have to discard our differences and join hands in love for one another.

3. A troubled nation and the absence of peace

America is locked in a losing battle to keep her power. “America, in trying to hold her place as the greatest power among the nations of the earth, is one of the most troubled countries on earth today,” the Honorable Elijah Muhammad writes.

The Nations no longer see America as the superpower that she once was. These quotes originated from the chapter titled “The Troubled America: No Peace.”

The Messenger is absolutely right. We have no peace. Civil unrest has covered the cities, and the cry for justice grows louder by the day. How long can America withhold justice from her people? No justice, no peace, they say. Protesters continue to swarm the streets as a response to the deaths of George Floyd and Breonna Taylor and the paralyzation of Jacob Blake, who was shot seven times in the back. So far, no arrests, and the people are angry.

The Messenger asks the question, “Will America repent?”

A great evil has been done to our people, and so far, she has not repented. She has not prosecuted those who are guilty of murdering us. The list continues, and God’s anger and wrath has grown. Hurricane Laura is preparing to ravage Texas and Louisiana. These events were predicted in “The Fall of America.” The Honorable Elijah Muhammad calls them calamities. The fires in California, the abnormal temperatures and the severe storms are all of those great calamities.

“The Fall of America” is a book that is so important to those of us who want to know why this is happening and what is to come.