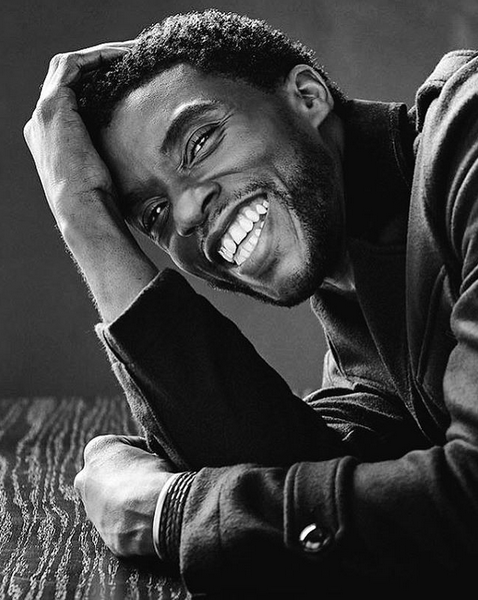 This piece was originally written and published for our first issue March 2018 after Black Panther came out and was revised September 2020 to reflect on the death of Chadwick Boseman.

August 28, 2020, the world entered into a stage of grief the death of a king, Chadwick Boseman. Tears shed from my eyes that night. So much has now come out about who he was as a person, and we see that we truly lost a great one.

Perhaps one of his greatest pieces of art was his portrayal of King T’Challa, the superhero Black Panther.

Perfection exists. We only need to look at Black Panther. If the movie had a flaw, the flaw was unnoticeable to the naked eye. A frequently asked question in life is “What’s your favorite movie?”  I never really had a favorite. I have clusters of movies that I group into my mental favorites category. Fruitvale Station. Avatar (the blue people, though the Last Airbender is one of my favorite cartoons). MCU movies. The rebooted Planet of the Apes movies.

When Black Panther came out, it became my favorite movie. It was long-awaited and well-received. Black people came out in droves. I myself saw it in the theaters twice. It was a portrayal of Blackness that we seldom see in Hollywood. And Chadwick Boseman made that possible, along with everyone else on the cast and crew. He brought T’Challa to life and gave Black children a hero in their image and likeness.

When I say Black Panther was perfection, I mean it.  It was filled with so much Black Magic and #BlackGirlMagic to be specific, from Nakia to Okoye to Shuri. Black women were in positions of power. Shuri alone is a master scientist, while Okoye is the general of the king’s all-female special forces unit.

I went into Black Panther as three people: a Marvel fan, a Black person, and a journalist, but I think the Black in me overrode the other two people. When I first wrote this review in 2018, I struggled to find the words because no word, no sentence formed from the English language can describe the sheer perfection of Black Panther.

The journalist listened for the “best quotes” but the Black in me said, “Girl, if you write it down you gon’ miss something.” So I struggled to write, but really, the only thing I can tell you is, if you haven’t seen Black Panther, go see it. NOW. It’s 2020 now. If you haven’t seen it yet, your Black card is probably already revoked. If you have seen it, see it again. And again. And again. Soak in the perfection. Soak in the perfection of Chadwick Boseman and the spirit in which he portrayed a king.