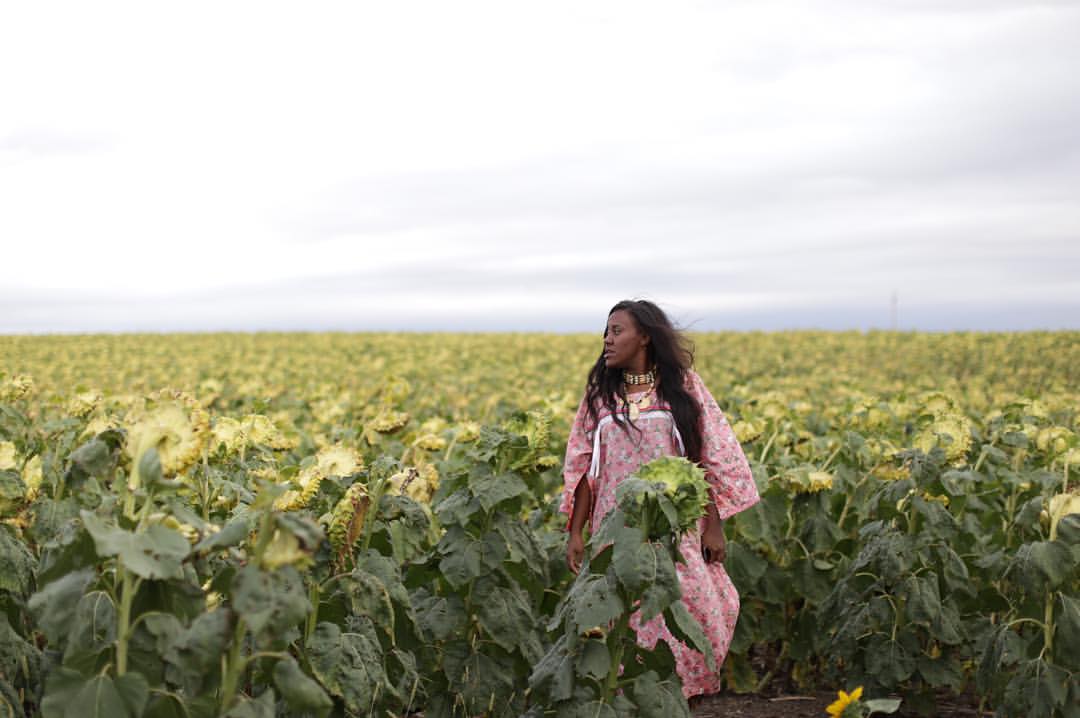 Those are words that describe Yonasda Lonewolf Hill, a Black and Native American activist who has stood in front of bulldozers in Standing Rock, marched with her counterparts at the Women’s March, and fought for equality in Flint, MI. But what’s even more remarkable about this woman from Pine Ridge, South Dakota, is who she identifies to be, her journey, and what she’s fighting for.

The impetus behind Yonasda Lonewolf Hill’s work is clear. Her mother, Wauneta Lonewolf, an Oglala Lakota (Sioux), was a respected motivational speaker, substance abuse and gang prevention counselor, and healer.

Wauneta was instrumental in helping the Honorable Minister Louis Farrakhan rebuild the Nation of Islam. She also helped the late President Muammar Ghaddafi in organizing indigenous conferences in Libya. When asked by the FBI to to be an informant on the affairs of the Nation of Islam and President Ghaddafi, Wauneta said no. As a result, she did about seven years in prison.

“It was a decision that she could’ve easily said ‘I’ll go ahead and be an informant for the FBI against the Nation of Islam and against Libya,’ but my mother said no,” Yonasda said. Her mother’s decision affected her as an 8-year-old girl with a 3-year-old brother. It was difficult for them to be apart.

Yonasda attributes the path she is on today to all of the influential people she has in her life. Being around them taught her to stand on truth, speak on truth, and live in truth.

With all of the work that she has done across the country, through activism, music, writing, and marching, there has to be something that motivates Yonasda. The catalyst is her DNA.

Another motivation for her is love. That is, love for her people and love for herself. She used to enjoy watching musicals such as “Annie” and “The Sound of Music” and marveled at how free the characters were in song and dance.

“Even to this day I get emotional watching—it’s a trailer to a movie. I haven’t even seen the movie because I cried so much watching the trailer,” Yonasda said. “It’s called ‘A Dog’s Purpose.’ It’s about a dog that reincarnates and continues to go to different owners and basically touching these owner’s lives. The dog remembers each owner throughout its life and the way it touched each person. I look at our own purpose in regards to how do we effect and teach and give a divine purpose to one another in regards to the way that we touch people.”

Another motivating factor is that she doesn’t want the children of tomorrow to fight the same battles she is fighting today. One of those battles is the high rate of suicide and depression plaguing Native American youth. Her family is not untouched.

“Gun violence has hit my family at such an alarming rate. When I spoke to the Minister about it, he said that he believes that it is because of lack of hope and that is the reason why the suicide is so high,” she said.

She had a meeting with Jay-Z’s Roc Nation, and she told them that if they signed a Native American artist, they would be saving lives.

“They asked me what do you mean and I said because imagine young people that are turning on BET, MTV, VH1 or anything on television. When they’re turning on the radio, they’re not hearing themselves,” Yonasda said. “They’re not even seeing themselves. When they go into the movies, the closest thing that comes to the Native American struggle is Avatar. Blue people.”

Yonasda is in the unique position to have two identities within her. As a Black woman, she has people to look up to that allows her to feel liberated, but as a Native woman, there is no one. Many of the adults are absent or drowning themselves in alcohol and drugs, so the young people are not feeling loved, she said.

“So when I told Roc Nation, if you sign just one Native person with talent, which there is so many Natives with phenomenal talent, you will save so many lives. I’ve been talking to many Hollywood producers about getting my mother’s story to be a movie,” Yonasda said.

She acknowledges the Cultural Revolution’s—arts, entertainment and music—contribution to the rise of Indigenous people.

“Every time I’m organizing a city, I always strive to incorporate the artists, the muralists, the graffiti artists,” Yonasda said.

During the Baltimore uprising after the death of Freddie Gray, a 25-year-old Black man who died in police custody, Yonasda organized over 200 organizations for an event called Bmore Youth Rise.

The morning of the event, a mural was revealed with the purpose to salute the young people for standing in their truth and to show how they used their voice and their outrage. The mural “was also for every person that was in the area—Freddie Gray’s neighborhood that he was murdered in and grew up in—to put their handprints on the wall,” Yonasda said. “When you’re over there where Freddie Gray was murdered, it’s one of the biggest murals. It said, ‘Power to the people.’ The neighborhood mural is called Picking up the Pieces, and it’s all these young people that are picking up puzzle pieces to bring the pieces back together.”

Yonasda recognizes that “as Original people, one thing we have always done is that we have always put our stamp, our imprint of who we are and everything in our stories and on everything, from the pyramids to even my tribe, the Oglala Lakota.”

She described the Oglala’s Lakota’s practice of preserving history.

“We have where we get a hide, a buffalo hide, and we have someone that paints to tell the story of what happened that year. It’s a continuous buffalo hide. For over 300 years, or four, over 500 years that we do this. We tell our stories as images,” she said.

She also holds music in high regard.

“We need to begin to look at hip-hop as sacred,” she said. “We need to hold on to the sacredness of our music, of our stories that we tell. So from hip-hop to R&B to even the traditional music, we need to hold that sacred. They’re like our stories.”

She strongly believes in the Cultural Revolution.

“I think that it has always been there, and it is not going anywhere. That’s just a part of who we are. We always used art, music and expression to be able to share who we are and our stories,” she said.

Going forward, Yonasda wants to unite the Aboriginal people who are suffering.

“As a freedom fighter, as an organizer, I’ve been looking at different ways of what have we been missing in this movement in order for us to have freedom, justice, and equality,” she said. “And one thing that I am noticing is that what we are missing is going back to the earth, going back to our Indigenous roots of learning what our ancestors lived or the way that they lived, from Africa to South America to even North America, and to be able to begin to decolonize ourselves individually from even the way that we interact with one another.”

Yonasda stresses going back to the community mindset and supporting one another, and she sees that we have taken on the way of our 460-year-old slavemaster.

“We’re taking. ‘Oh this person has an idea, let me steal this from that person and use it for my own self or my own family.’ We don’t even talk to one another in a communal—like how we used to be. We’re so isolated. We move ourselves away from our own people, and it’s into White communities and became friends and foes with them but we have not gone back to our Indigenous roots,” she said.

Part of going back to that community mindset, Yonasda said, is having respect for one another.

“I think the most number one thing is the respect, and we have lost that respect because we have clinged too much on our former slave master, so we don’t respect one another,” she said. “And we don’t even know we have lost our way in regards to learning the foundation of what respect is.”

She sees that the commonality between all Indigenous people is respect.

Yonasda believes going back to those roots is vital to aboriginal people.

“Once we get back to those roots of understanding our Indigenous roots, then we’ll begin to be able to really have true, true freedom, justice, and equality,” she said. 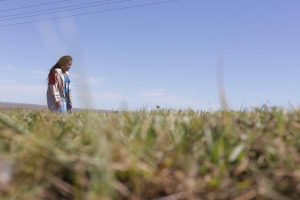