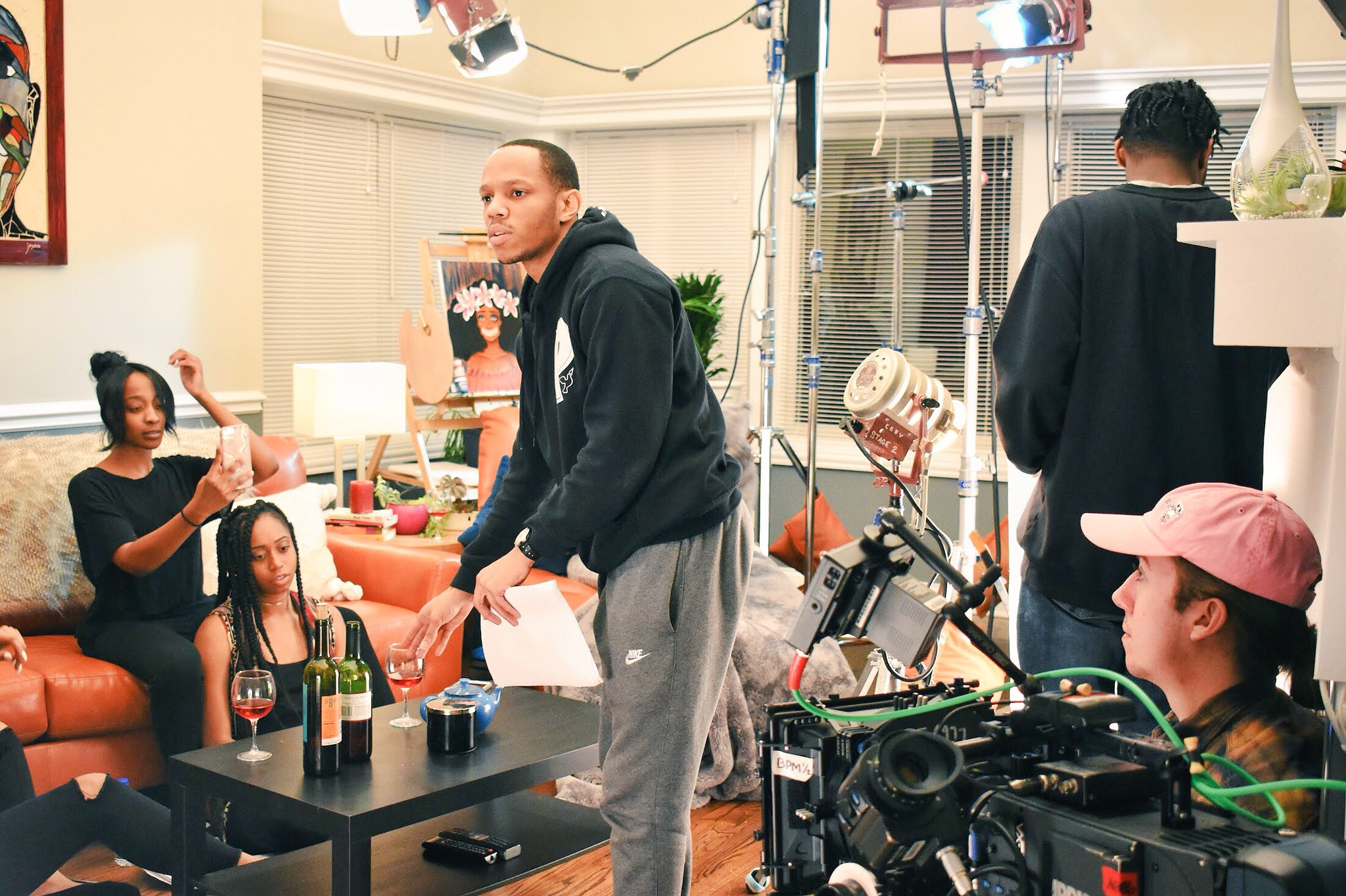 Having the desire to create something can be an itching urge. You don’t know exactly what to create, but you know you want to do it. Once you do, it will be amazing.

That’s how 25-year-old Darryl Muhammad felt after seeing the much-anticipated film, Black Panther. As a young filmmaker studying at Tribeca Flashpoint College in Chicago, IL, Muhammad was inspired by the movie, and saw it more than once, just like most of us.

Muhammad’s ache to create something and to tell stories that are important and relevant has been with him long before seeing Black Panther, and it has allowed him to produce nothing short of a work of art. What he created would bring the conversation about the treatment of Black women and girls into the sphere of indie film.

“I literally took a list of five different things that I felt were issues in our community,” Muhammad said. “I started off with police violence, then I wrote down Black on Black violence, and me being from Chicago, I’m well too familiar with it. And everything I wrote down was disrespect and abuse of Black women and girls, and when I wrote that down I stopped and said that was it. Throughout the whole process, I literally felt as if Allah (God) was placing something on my shoulders. He showed me the way of what He wanted me to do. I submitted.”

Directed by Muhammad’s production company, D-Roe Visuals, “Shaded Smiles” is a short film that allows viewers an evening  with four Black women in their 20s. They talk about issues that are no strangers to Black women: domestic abuse, hair, racism, and sexual abuse. 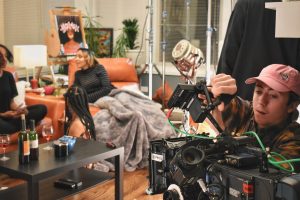 Muhammad said the inspiration for Shaded Smiles came while racking his brain for a film idea. He often did small projects while in school, but he lacked much passion for them. The passion behind Shaded Smiles came from the simple fact that it was his own idea. On top of that, it was a pressing issue.

“The passion behind it was from, you know, being a youth and having a lot of peers and social media, we see it first hand of how people just disrespect women. Women are just pieces of meat in a sense,” he said. “I really just wanted to shed light on this issue.” 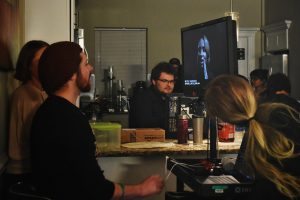 One thing that sticks out about Shaded Smiles is the authenticity of the characters. It’s impossible not to feel their energy, their uniqueness and their pain. This was achieved partially by bringing a female writer onto the team.

“I wanted it to be as authentic and real to women as possible, so I thought it was necessary to bring on a [female] writer,” Muhammad said. “She came on and she did exactly what we expected her to do.”

While filming, some of the actresses would tweak their lines to better suit the situation. Muhammad said as a director, he placed trust in them to make the characters relatable to Black women. 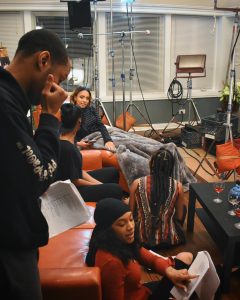 Shaded Smiles is Muhammad’s first project to reach a mass audience. With a crew of 40 people and a few days of filming, the film won Best Indie Film in the Los Angeles Film Awards. Muhammad and his team are awaiting news from other film festivals.

Something that probably would have been expected of the film is to offer a solution to the problems that the film touches on. Shaded Smiles doesn’t exactly do that.

“For me, I really just wanted to shed light because I really don’t know what the root of it is,” he said. “Of course we have our ideas, whether it’s women not understanding their value, etcetera, but I really didn’t understand why it is the way it was. It really was just a conversation starter. I just wanted to talk about it.” 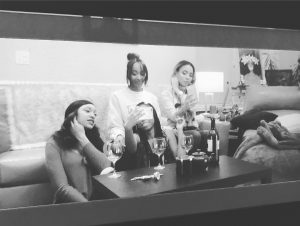 On the flip side, Shaded Smiles introduced an interesting dynamic into the film to bring an alternative to a solution – a character’s son. 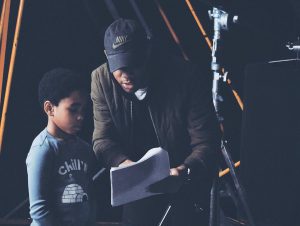