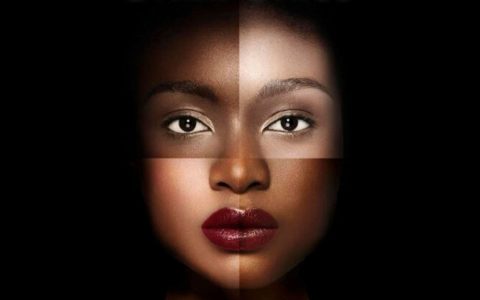 “ ….Even today, this poison exists, where some of us who are light-skinned think we are better than our darker-skinned Brothers and Sisters. We somehow think we are not as good as those who are of lighter skin. This is a poison that has divided us as a people and has caused us to hate ourselves. What we are caused to hate, we don’t mind destroying.” – The Honorable Minister Louis Farrakhan, ‘The War of Armageddon’.

Black people in America have been under the rule of white supremacy in the wilderness of North America for four centuries. As a result, self-hatred has been developed in our communities to the point where now we mimic the very anti-blackness that we as a people have been afflicted with by our oppressors. This is evident in the reality of what is known as colorism.

Colorism is the prejudice and discrimination of darker-skinned people, while giving privilege and glorification to light skin. It often happens inside of an ethnic or racial group, but it can be promoted from people outside of that group.

Colorism is not new to American society. During slavery, white slave masters forced themselves on black women, thus creating very light skinned children, also known as “mulattoes”. The black children of the slave masters were often given better treatment than those who were dark skinned. The more that you looked like white people, the more “privileges” you received as a slave, such as working and living in the house, while your dark-skinned family worked in the field. 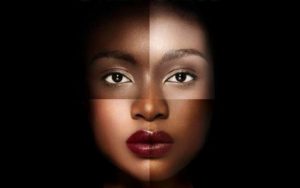 Jim Crow came, and we see the idea of “passing” arrive. Black people with light skin could be seen as white individuals; therefore, they could enjoy a piece of the privileges white people have enjoyed. Some even felt the need to reject and abandon their family altogether in order to make their lives easier.

In the early 1900’s, A Brown Paper Bag Test was being introduced in the black community. Fraternities, churches and even institutions of learning utilized this system; it determined your acceptance by how accurately your skin tone matched the color of the paper bag. Today, we see this mindset being carried on in our everyday lives, whether it is subconsciously trying to find a mate or trying to find jobs.

And no, it is not “just a preference”. We need to look at the history behind actual aversions of dark skin and not simple preferences. The ingrained reasons for purposefully trying to find a mate with light skin, and the fetishization of mixed children with light eyes and softer hair texture, is nothing short of self-hatred. Is this the same as wanting someone with dark skin? It is actually an example of trying so hard to not be guilty of contributing to the society of colorism. In this, we often alienate those who are light-skinned and even charge them with not being “black enough”. It is hurtful, yes. However, it is not colorism. It is also not as harmful because it has no direct tie to slavery, yet still very unnecessary in our community.

We see this in nearly every Tyler Perry movie: A sister is abused by some dark-skinned brother, and the dark-skinned women usually have attitudes. They are portrayed as unappealing, ghetto and are troubled with marriage/relationship issues. On television, in shows depicting black families, often times the beautiful wife is light in complexion, with a darker husband. Shows such as ‘Martin’ and ‘The Proud Family’ are two examples of this family dynamic. 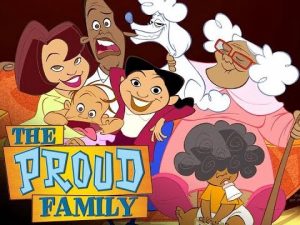 As for jobs: A study was done at the University of Georgia by doctoral student Matthew Harrison on colorism. He found that “ a light-skinned black male can have only a bachelor’s degree and typical work experience and still be preferred over a dark-skinned black male with an M.B.A. and past managerial positions, simply because expectations of the light-skinned black male are much higher, and he doesn’t appear as ‘menacing’ as the darker-skinned male applicant.”

Another study published by the Social Currents journal contributes to the conversation of colorism. They say: “ Using data from the 2012 American National Election Study, an example is presented on white interviewers’ perceptions of minority respondent skin tone and intelligence ( N = 223). Results from ordinal logistic regression analyses indicate that African American and Latino respondents with the lightest skin are several times more likely to be seen by whites as intelligent compared with those with the darkest skin.”

In conclusion, we have to do better. It is not my intention to say that light-skinned people are never abused by white supremacy or do not have a valid voice in the black struggle. However, it is important for us to know how much the enemy has divided us, and how we in our lives either contribute to, or experience, that division in different ways. Yes, we are all black. Yes, we are all suffering. Some of us, however, have to go through a little more than the rest.

When we look at what we are faced with in the black community, we have to understand the root of the problem. We have to understand that black people have been under a wicked ruler and have lost the knowledge of ourselves. The effect of this has been mere self-hatred and corrupt thinking. Colorism came from the systems placed in slavery to divide us, and eventually, made us even easier to conquer.