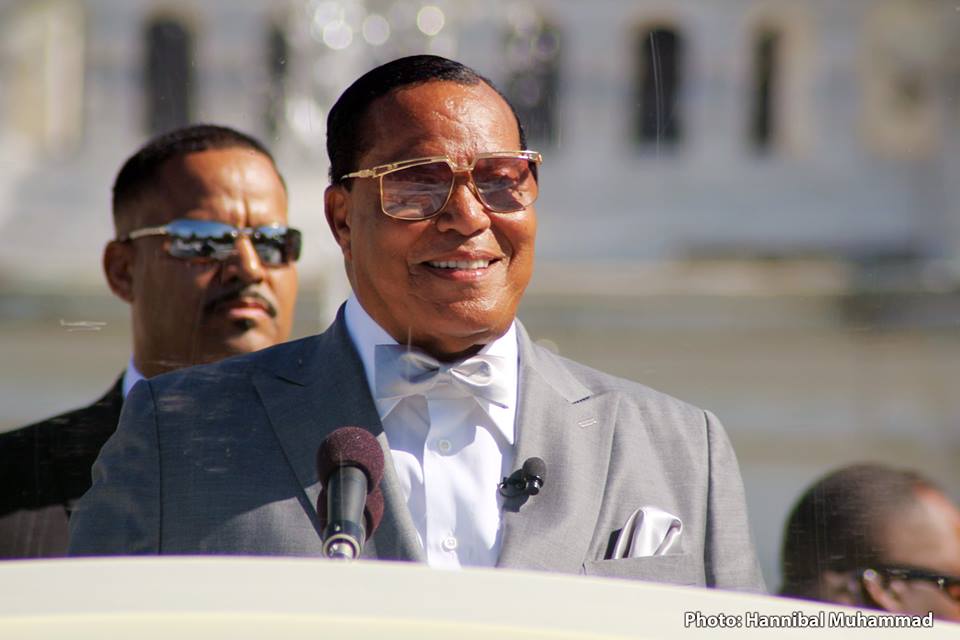 Minister Farrakhan turned 85 years of age on May 11. This is the fourth installment of five honoring his life, his journey throughout the Nation of Islam, his mission, his accomplishments and his legacy. 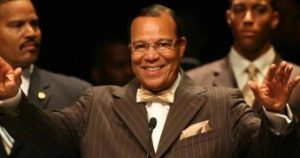 Along with the rebirth of the Nation of Islam, the Honorable Minister Louis Farrakhan re-established and created annual events.

The first of many was Saviours’ Day.

Saviours’ Day is a commemoration of Master Fard Muhammad’s birth. He was born on February 26, 1877 in Mecca with a predetermined destiny to become the Mahdi of the Muslims and the Messiah of the Christians.

He appeared in North America on July 4, 1930 with the purpose to declare that the 400-year Black slave was now free.

In 1931, Elijah Poole, now known worldwide as the Honorable Elijah Muhammad, heard and subsequently accepted the message of Islam from Master Fard Muhammad.

The Honorable Elijah Muhammad was under the Master’s tutelage for three years and four months before the Master departed in 1934.

According to the Nation of Islam website, “Every February 26, he [the Honorable Elijah Muhammad] brought together the faithful for Saviour’s Day conventions in Chicago to remember his Teacher’s birthday, to re-emphasize his message of moral and spiritual renewal and to announce his plans and agenda for the upcoming year.”

When the Honorable Minister Louis Farrakhan picked up the mantle to rebuild the Nation of Islam, he continued the annual commemoration of Master Fard Muhammad.

He re-established Saviours’ Day in 1981 in Chicago. In 1983, he changed the spelling from “Saviour’s Day” to the plural form “Saviours’ Day” in recognition that Muslims in the Nation were little saviours for the Black man and woman in the wilderness of North America and for people all over the world.

The Saviours’ Day convention has since grown to include vending, workshops, discussions, movie screenings, the Drill Competition/Exhibition, Mother Khadijah’s Children Village, the Nation of Islam Historical Exhibit, Jumu’ah prayer service, and other social and educational activities. The crowning event of Saviours’ Day is an address delivered by the Honorable Minister Louis Farrakhan.

Saviours’ Day 2017 was held at the Cobo Convention Center, and the Minister’s address was given in Joe Louis Arena.

His words resonated with Aujanee Young, a sociology and anthropology major at Michigan State.

“He started talking about building our own. . .that’s something I hope to take back to my community. I’m a college student, so taking it back to my campus and making sure that we’re striving real hard to get something to hold on to ourselves,” she said.

Emani Muhammad, a graduate of Muhammad University of Islam and a rising college student, said, “It [the Minister’s words] makes me want to change who I am and make a difference.”

Nineteen-year-old Niyana Darden attended Saviours’ Day for the first time. She expressed her desire to get an X.

“When we all get together, it’s like one power. So I feel that’s really beneficial, and it boosts my confidence,” she said.

Saviours’ Day is one of two of the Nation of Islam’s annual commemorations. The second is the Holy Day of Atonement, created by Minister Farrakhan to commemorate and build upon the Million Man March.

When the Honorable Minister Louis Farrakhan discovered that the war communicated to him in his Vision-Like Experience was also a war on Black youth, he became concerned with the negative media portrayal of Black men. The government was preparing to roll into the Black community with tanks because of the portrayal of Blacks, which focused on drugs and gang violence.

Minister Farrakhan began touring the country speaking to Black men and inviting them out to the Million Man March on the Washington D.C. National Mall. The March was held on Monday, October 16, 1995, and it was established as a Holy Day of Atonement, Reconciliation and Responsibility.

The Million Man March was a peaceful day with nearly two million Black men standing together, listening to the words and guidance of Minister Farrakhan, praying together and pledging together to reclaim their communities.

After the March, adoption rates of Black children went up, and Black men joined organizations like NAACP and religious houses in droves.

The impact the Million Man March had on the Black community is still felt today. It was not simply a moment, however. The Honorable Minister Louis Farrakhan has since returned to the National Mall for the Million Family March in 2000, the Millions More Movement in 2005, and Justice or Else in 2015.

The Millions More Movement marked the 10th Anniversary of the Million Man March, and according to the Nation of Islam website, it “involved the formation of 9 Ministries* that would deal with the pressing needs of our people.”

Today, there are 10 Ministries: Spiritual Development; Agriculture; Education; Information; Health; Trade and Commerce; Defense; Justice; Arts and Culture; and Science and Technology. The Ministries were established to further build the Black Nation.

Ten years later, Justice or Else marked the 20th Anniversary of the Million Man March. Minister Farrakhan mobilized hundreds of thousands of people from different backgrounds—Black, Hispanic/Latino, Native American, poor White, and all of those who lack justice—to demand justice from the United States government.

Black youth flocked to the National Mall on October 10, 2015.

Lisa Marshall of Bethel AME Church said, “We need to unite and stand for one cause. All lives matter, but when it’s Black lives, it changes the situation. It’s good for the youth to come together, all ages, to see what the Minister has to say and to stand for one cause.”

Under the Justice or Else movement, the Honorable Minister Louis Farrakhan called Black people to boycott Black Friday, Christmas and holiday spending. “If Black lives don’t matter, Black dollars you won’t have,” he said multiple times during his Justice or Else Tour.

Minister Farrakhan also established the 10,000 Fearless, which are people that are not afraid to stand in between the guns and the gangs of the Black community to help establish peace. Atlanta, GA was the first city of many to institute the principles of the 10,000 Fearless by initiating conflict resolution, by creating a community garden, and by feeding and giving to the homeless. 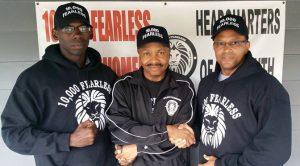 Both Saviours’ Day and the Holy Day of Atonement has had lasting impacts on the Black community as a whole. They are only two of the many events the Honorable Minister Louis Farrakhan has put on, helped or spoke at during his 60+ years of service to the world.

* For more information on the Ministries, visit https://www.noi.org/the-ministries/.