My father graduated from college, but not everyone gets the chance to graduate from the American system of education. My mother never graduated high school.

Angela Bonds, Zara Gabriel and Katherine Taylor did graduate high school. They are now working towards their college degrees, striving for an educational achievement their parents were not able to attain in America.

They are first-generation college students. 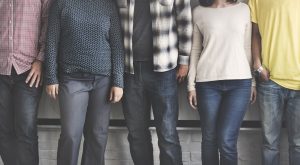 According to the National Center for Education Statistics (NCES), 34% of undergraduates, or approximately one-third of students enrolled in postsecondary institutions, were the first in their families to go to college in the 2011-2012 academic year.

Life As A First-Generation College Student

“People look at people who are in the criminal justice system, and they think of them as like, just these criminals, but they don’t think of everything that led up to that point and what kind of treatment that person may need,” she said.

Her biggest challenge with attending college was the newness and the amount of research it took.

“I really didn’t have people who knew about college so everything was brand new,” she said. “It took a lot of research into like scholarships and financial aid and all of that type of stuff. It was really a time of learning for me and for my parents, because no one had been through it.” 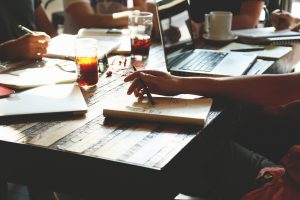 The process and the challenges brought her closer to her family, but she also expressed how overwhelmed she felt.

“But I don’t express that with my family. Like, ok, I’m doing this. This is what I want to do. And that’s the other thing. It’s something I want to do as well,” she said.

Zara Gabriel, who is also a student at Mercer University, relates to the newness of attending college, but for a different reason.

“My family is Nigerian. I was born in Nigeria. So were my parents, but I have two siblings and they were born in the United States,” she said.

Her parents attended college in Nigeria, but when they immigrated, their college credits didn’t transfer to the United States.

“If they didn’t do it on American standards then it kind of doesn’t really matter,” Zara said.

Zara and her parents found the college process stressful because they would get conflicting information from their American friends.

“I also grew up in North of Atlanta, which is really really like a White suburb, so we didn’t really have that many people like our neighbors or like my family friends who really knew our situation, who could really sympathize, just because we have a lot of financial issues as a family,” she said.

“In Nigeria, the government pays for college, so students don’t have to worry about paying like loans and stuff like that when they leave college. Essentially, college is free, and you pay the government back in the jobs that you pursue,” she said.

Zara is a spanish and psychology major on the pre-medicine track. She shared that law, medicine, and engineering are the big three career fields in an African household. At a young age, she had an interest in the sciences, and over time she developed her love for children. 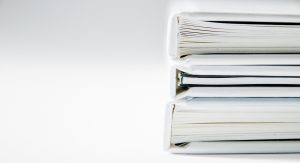 “Love getting into their minds and figuring out why they do the things that they do and how children are affected by almost everything that they encounter,” she said.

“And they’re so impressionable at their young age that one wrong thing could be detrimental for the rest of their life. So combine children with medicine, you get pediatrics.”

Even though she is pursuing a college degree, the idea of success in Nigeria is different from American standards of success.

“I won’t really get any type of accolades until I graduate from Mercer and go to medical school,” she said.

Like Zara, Katherine Taylor has family origins outside of the United States. She was born in Orlando, FL, but her parents are from Kingston, Jamaica.

Katherine is a broadcast media major with a minor in social media and e-marketing analytics. She decided to attend college at the behest of her mother.

“Caribbean parents are huge on education. It was expected of me, so there was pretty much no choice,” she said.

Like Angela and Zara, one of Katherine’s struggles with higher education has been related to finances.

“College is wildly expensive, and dealing with depression and anxiety while trying to stay motivated to finish,” she said.

Another struggle is dealing with the pressure she feels as a first-generation college student.

“There is a lot of pressure to do well since I have access to opportunities my parents and family members didn’t necessarily have,” she said. “That pressure makes you want to be perfect. Especially since I am the only girl out of my siblings, I feel I have to constantly out-do myself.”

Outside of the internal life and everyday challenges of first-generation college students is the external threat of President Trump and his views on education.

“We thought we were seeing progress and like we saw the light a little bit and now it’s like we’re back in the shadows,” Angela said. “And I really feel for generations to come if this is how America is going to continue to be because it’s going to be harder.”

Angela fears that the deportation issue is not going to be beneficial for America, and with deportation, she sees America’s economic system going down. 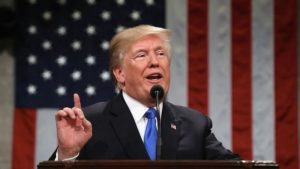 “I really think that there will be many jobs and many places that are going to just deteriorate because of the people being taken out of this country who helped build it up,” she said.

“I also fear that it’s also bringing out people like White supremacist groups and it’s also allowing people to discriminate more against minorities now as well because that’s what our leader is doing, so why can’t I, a regular person do it if the person who is supposed to be over the whole America is doing it. It kind of sets a more negative standard and puts us back at the bottom, sadly.”

Zara acknowledged the lack of sympathy and empathy President Trump has for anyone that doesn’t fit in the category of a rich White male.

“When it comes to educating a young Black immigrant, it’s kind of like one of the last things that he wants to do,” she said.

“Because with education comes knowledge and with knowledge comes new ideas and with new ideas people can realize that his ideas are wrong, and they would want to do something about it. So educating the masses is kind of a scary thing for people in power to do because they don’t want to be overthrown.”

She described Trump as a manifestation of the anti-Christ.

“There are things in the Bible that he’s doing that are symbolic of the anti-Christ and just because he’s a man of power and he’s a man in power and he has the ability to do these things and no one can really check him on it,” she said.

Katherine’s concerns about Trump are tied to the well-being of her family members.

“I have a handful of family members who could have and can be potentially affected by whatever Trump decides to do,” she said.

“It was really nerve-wracking, as some of my family members came to the states from Jamaica at a young age. If in the event that they have to get sent back, it would be a huge adjustment for them.”

Although she and her family initially feared when Trump ran for office and won, many of those fears have lessened.

“We are not as worried as most of Trump’s rhetoric has no truth or value,” she said.

No matter what the future under a Trump presidency holds for education, Angela encourages students to act on their educational desires.

“It doesn’t matter what society says or what stipulations that society has. There’s a way to do everything. You just have to research and look for resources,” she said.

“It may be harder for us as minorities, as first generations who don’t have people who have already experienced it, but it’s definitely possible, and I don’t think people should be afraid to try something new.”