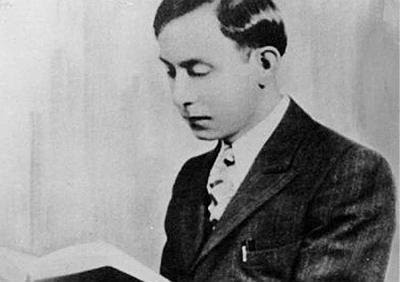 You see the advertisements for Beyonce’s new tour everywhere you turn. You can’t escape them, and she’s one of your favorite singers, so you decide that you might as well buy a ticket.

You stand in line for hours. Finally, you are seated. You patiently await her arrival. At long last, a woman appears on the stage, but something is wrong. Her movements are off. She’s off-key. She doesn’t look like Beyonce. What’s going on?

Now, instead of Beyonce, you see advertisements for God appearing in person. The advertisements come in the form of scripture: verses from the Torah, Bible, and Holy Qur’an.

Throughout history you hear of people that could be the manifestation of God, but something is wrong. They don’t add up to the advertisements.

Finally, a man appears on July 4, 1930. He has the complexion of a White man. He calls himself W.F. Muhammad. He declares freedom for the original people.

And you think to yourself, this man might be the real deal. 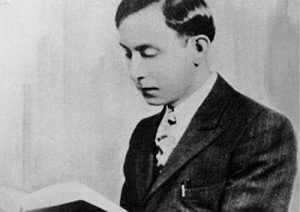 The Black man and woman of America did not celebrate their freedom on July 4, 1776 when America adopted her Declaration of Independence. Blacks were still slaves, and even after the Emancipation Proclamation, after Black people’s so-called freedom on what is known today as Juneteenth (see our piece about Juneteenth), Blacks were still in a subjugated, oppressed condition.

True freedom didn’t come until the fulfillment of prophetic advertisement.

And then a man came: Master Fard Muhammad. He is the son of a man that longed for true freedom, justice and equality. His father, Alphonso, could not come himself to see to the Black people of America, because he was too dark. If he had come, the scriptures would have been false advertising, because the man that had to come had to come without observation. 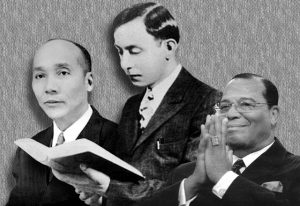 Alphonso, a Black scientist, married a purified White woman, who would then give birth to Master Fard Muhammad. The duality of Master Fard would allow him to give justice to both the Black and the White of America.

He entered America as a thief in the night. No one knew the reality or the true purpose of this man. He traveled 9,000 miles from Mecca and made himself known in Black Bottom, a poor neighborhood in Detroit. He started teaching Black people their true history and origin.

He gave Actual Facts, exact measurements of the Earth: the diameter, the circumference, the weight of the Earth, the area of the land and water, the Earth’s distance from the sun, the speed of light, the speed of sound, and more.

There is much confusion in the world about the identity of the Mahdi of the Muslims and the Messiah of the Christians.

The confusion should not exist. The confusion does not exist when an imposter of Beyonce appears on the stage. You immediately know that’s not Beyonce because you know how she looks, sounds and functions.

The scriptures paint a picture of the identity of the Son of Man, of the Mahdi and Messiah. If you study the advertisements closely, you would know his design and function.

And you would open your eyes to see the trueness of Master Fard Muhammad.

(Read about the Majesty of Master Fard Muhammad’s Love: http://www.finalcall.com/artman/publish/Minister_Louis_Farrakhan_9/The_Majesty_of_Master_Fard_Muhammad_s_Love_2364.shtml)