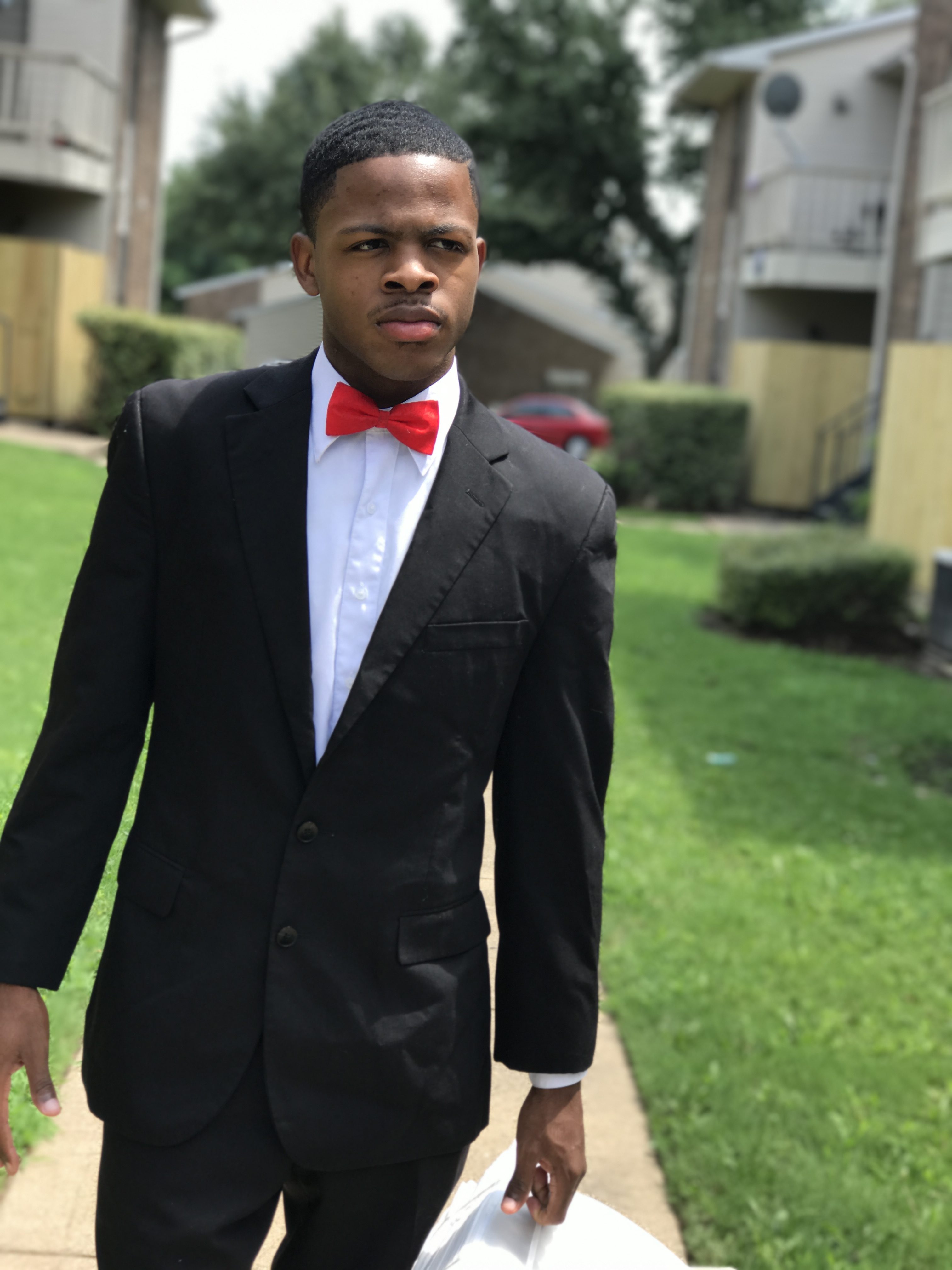 “Create the life you want to live.”

That’s one of the quotes that circulate around social media and gives people the guts to step out to live their dream.

Brother Ben X, a 24-year-old entrepreneur, college drop-out and Nation of Islam member, has taken that quote and built upon it. He’s a self-made social media influencer, manager and YouTuber. Not only is he creating the life he wants to live, but he’s doing it on his own terms and giving meaning to other people’s lives all at the same time.

With thousands of followers across Instagram, Twitter and YouTube, Brother Ben X owns his creative essence, spreads truth, and sends messages that people either love or hate.

It all started with his decision to go to college. 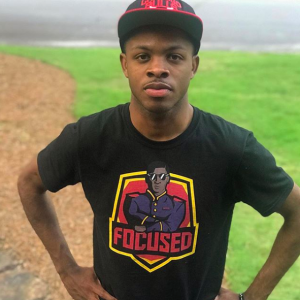 Brother Ben’s sole reason for going to college was to play basketball. He had been playing the sport since he was two years old. Initially, he was supposed to be on a basketball scholarship, but he never received it.

As he was attending college, a brother from the Nation of Islam invited him out to a study group class, and he was soon introduced to the Honorable Minister Louis Farrakhan on YouTube. While listening to a lecture, he heard the Minister say that debt is slavery, which ended up being one reason why he left college. He refused to be in debt.

He also left because he lost the passion to play basketball.

“I discovered that’s not what I want to do anymore,” he said.

In college, Brother Ben studied mass communications to learn more about film and broadcast, but he realized he didn’t need college to learn that discipline.

“I learned more from YouTube. I taught myself through looking at YouTube tutorials. Just playing around with it and looking up videos for what I wanted to learn,” he said.

Brother Ben made the bold decision to walk away from a college degree in order to pursue his own idea of success. That decision didn’t come without negativity from other people.

When others told him he needed a degree, he set out to prove them wrong.

“In the field that I’m in, videography, making videos, people don’t want to see your degree. They want to see your work. So I always feel like if I have good videos and good work, that’s all I have to show them,” he said.

Leaving college set him on the journey to self-employment. 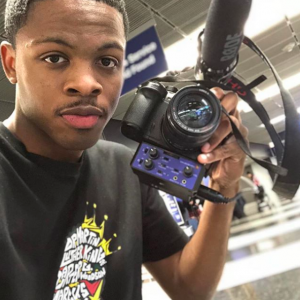 The Leap Toward Self-Employment

After leaving school, Brother Ben went straight to work. He first worked at a school, then at a Sterilite warehouse. He spent his time there building up his YouTube videos, which he had started making in 2010, and was making a little money from them.

“Sterilite was so difficult and long and hot, so it pushed me to do for self,” Brother Ben said. “I ended up quitting and went to FedEx for a few months. When they were laying off the temporary people, I just quit and decided I was going to go hard on YouTube and my videos.”

Brother Ben said while he was working, he was preparing to work for himself one day.

“I basically was just going off the steal-away method that the Minister gave us about, you know, working on a job and putting extra money on the side, instead of spending the side money on shoes and stuff of that nature,” he said. “I mean, I still pretty much have the same shoes that I had in high school, because I was always investing in myself, buying different cameras, buying tripods. I would invest in certain courses so I could learn what other people are using to be successful.” 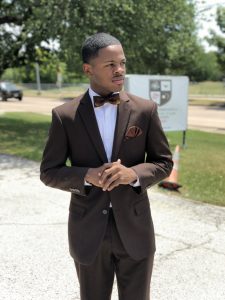 Taking those steps while working meant that once he finally quit, he knew exactly what he needed to do.

“I just had to go harder with my videos, and that was pretty much it,” he said. “Just preparing my mind and preparing myself with the proper tools and techniques that I’m going to have to use to survive in this world, being self-employed with making the videos on YouTube. I just had to make a decision.”

Even though he had a strong determination and desire, fear still accompanied his decision to leave his job and work for himself.

“There was the fear in the beginning, like I didn’t know if I was going to be able to pay the bills, because it’s up and down. It’s not stable,” Brother Ben said. “When I say it’s not stable, meaning I’m not getting a check every month. Some checks may be a lot of money. Some may not be as much as last month. So it was a little scary in the beginning, not knowing if I’m going to make enough this month to pay the bills.”

With faith in Allah (God), Brother Ben was able to make it through the tough times.

“It’s just like Allah came through every time, because there were times when I thought I wasn’t going to have enough money for the rent, and then something always happened like at the very end of the month,” he said. “Like somebody booked me, somebody donates or somebody just calls me to do like a side job and [it would] be the same amount of money that I needed for the rent. So, after about 10 months of that happening over and over and over again, I just felt like it was Allah that always looked out for me through a human being whenever I came up short.” 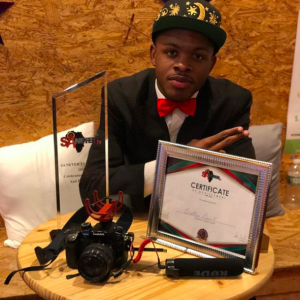 Now, after years of putting in the work, Brother Ben is able to support himself and his family with the work that he does. For him, a typical day is filled with preparing content for his followers and subscribers.

“Businesswise, I get up in the morning, check emails. I check my DM’s to see who I need to answer. I get a lot of questions on Instagram about Islam, the Teachings. About life, period. I try to answer as many as I can on there,” he said.

He posts between one and three videos a day on social media and YouTube. He also browses lectures by the Honorable Minister Louis Farrakhan to see which clip he’s going to use for his videos.

During the day, he sometimes has meetings to attend, but he’s always browsing current events to see what to post about. Some days, he has to send the Final Call Newspaper to his customer-base of over 100 people.

Through his social media and YouTube videos, Brother Ben has been able to inspire many people to learn more about the teachings of the Nation of Islam, and even go as far as to join. Not only does he impact people within the United States, but he also impacts people from around the world.

With that kind of schedule and life, he has a lot to share with people who may want to live a similar kind of life.

Brother Ben has recently entered the realm of authorship. He wrote and self-published the book “Separation or Death: Mindset of Self-Employment at Tampa Black Heritage Festival.”

“I know a lot of people like to read instead of watching the video, so I just wanted to test it to see the process,” he said. “That was a trial book, and I said I was going to take the transcript from that festival and make it into a book because I wanted to know the process of self-publishing.” 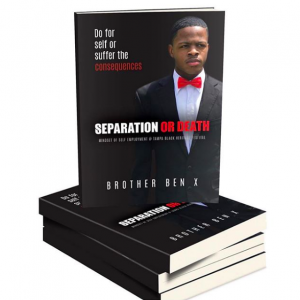 He uses his platform to educate others by posting about the Honorable Minister Louis Farrakhan, putting the Teachings of the Honorable Elijah Muhammad into skit form, and answering questions, among other things.

He advises people to go to college if there’s a real need and want.

For those on a similar path as him, however, where it’s possible to learn everything you need to learn off of YouTube, he doesn’t think college is necessary.

“I would rather have the person who has experience than the person with the degree who doesn’t know what they’re doing,” he said. 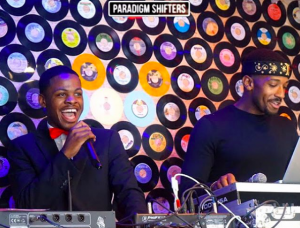 Brother Ben urged those that want to leave college to have a plan of action to support themselves. He said whatever career you want to be in, you should go to webinars, read books, and continuously find ways to educate yourself.

“When you look at Steve Jobs, Bill Gates—a lot of people that are millionaires who own successful companies dropped out of college,” he said.

He believes people that want to be self-employed should have four essential characteristics: confidence, belief in self, patience and persistence.

“If you’re persistent, you have confidence in yourself and believe in yourself, you have to be consistent because you’re working more than you do on a job. I really don’t have any downtime and when I do, that’s still work to me,” he said. 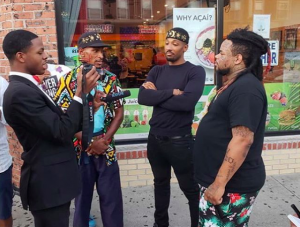 “There are times when I’m up at 3 or 4 o’clock in the morning editing videos or figuring out different ways and strategies. Because of the way it looks, its fun, but it’s a lot harder than going somewhere and getting a check.”

The Honorable Minister Louis Farrakhan motivates Brother Ben’s work. The young videographer is inspired by how the Minister rebuilt the Nation of Islam, how he established the Final Call Newspaper, and how he has been fighting the U.S. government for 60+ years.

If the Minister can do what he does on a big level, then “I can do it on my little small level,” Brother Ben said. 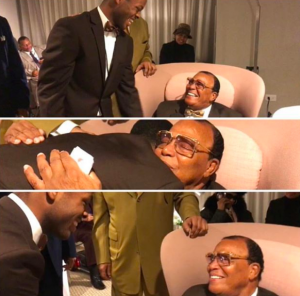