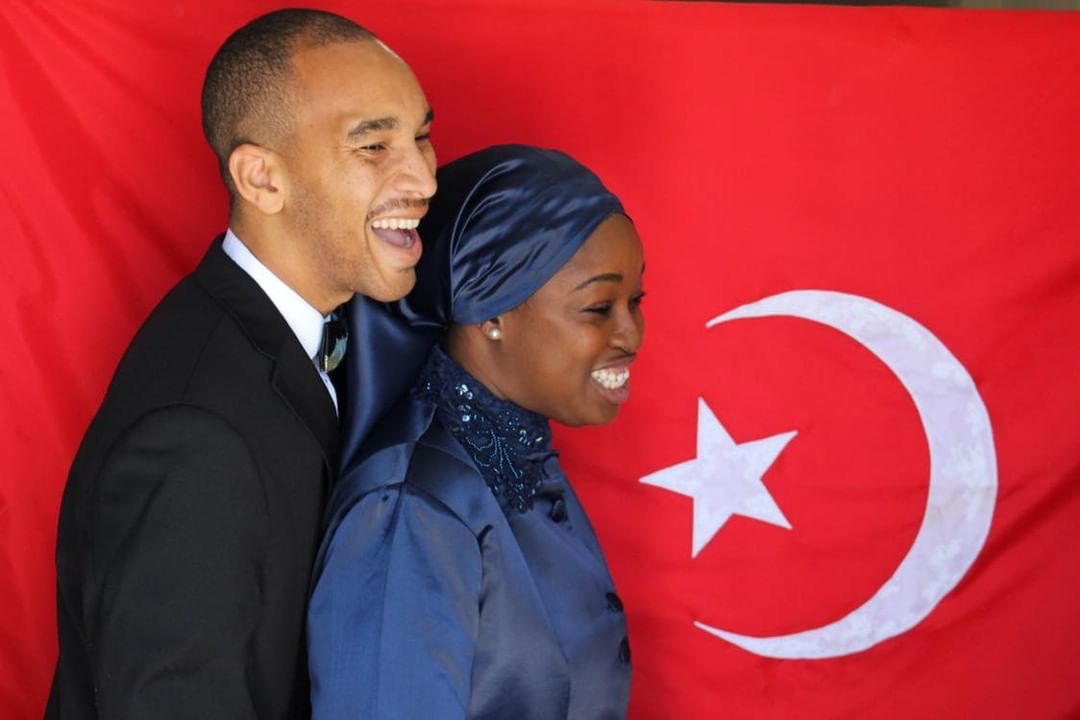 Most people know the drill: Elementary school, middle school, high school, college. That’s the sequence. It’s a traditional path that the majority of the American population take in the traditional way.

But, what about the non-traditional way?

Salih Muhammad went to the University of California-Berkeley in the traditional path — four years of college — then graduated with his diploma. But what took place during those four years was anything but traditional.

“I created my own major and studied race and law in the U.S.,” Salih, 25, told Joshua’s Truth. “I was very busy organizing as a student. I probably spent the bulk of my time organizing in student leadership roles.”

Salih spent two years as the chair of the Black Student Union at UC-Berkeley, which was newly established and under-resourced. He also chaired the African Black Coalition Conference, which was the first time he was able to bring the Honorable Minister Louis Farrakhan to campus. Afterwards, he spent a year as the chair of a multicultural coalition that did grassroots campaigns.

But what’s even more fascinating about Salih’s college journey than that? He went in with the mindset of fostering himself and individuals that would be capable of building a nation.

Building People to Work the Land

Salih is a member of the Nation of Islam under the leadership of the Honorable Minister Louis Farrakhan. His parents joined the Nation in the late ‘80s, then birthed their son into it.

As a student of the Honorable Minister Louis Farrakhan, Salih learned all about the idea of Black people separating into a nation of their own. That included building businesses, hospitals, factories and of course, acquiring land.

Salih knew that acquiring land was necessary, but he also knew that developing people to work the land was also necessary.

“I remember when the Millions More Movement happened, and I remember the idea of taking our intellectual giants and putting them to work of thinking through a future for our people and that always stuck with me — this idea of the nine ministries and how our people could engage in nation-building without being ‘in the Nation,’” he said.

The nine ministries were birthed through the Nation of Islam and are departments that are vital to the building of a nation. Some of them include trade and commerce, health, science and technology, arts and culture, etc.

“Being in college, I was constantly surrounded by and exposed to so many young people who would eventually become experts in various fields,” Salih said. “The problem in our community is that a full 25 percent of us have college degrees which they have earned as a result of the blood investment of our ancestors, the time investment of our teachers and elders, and financial investment of our families. However, our community and families don’t receive a return on their investment. My sensibility is that it’s wrong, but not completely their fault because we have not built systems where they can properly reinvest back into their community.”

Everyone that Salih looked at on his campus, he considered that they would “be a part of the future world. If we could build the seed of nation-building and Islam, then it could grow years from now.”

Salih wasn’t affected very much by the recent midterm elections. He wasn’t one of the people canvassing for candidates. Instead, his mind was focused on nation-building.

Salih believes that Black and oppressed people have to try something new other than putting full focus on voting.

“I feel like, if you want to vote, vote,” he said. “This is literally a 70-year-old conversation. 70 years ago, we were talking about it. I feel like, so what. But please, for the sake of us all and for your sake, do not fool yourself and us with this silly idea that the way to change our condition is to go out and vote.”

To Salih, voting is not the single solution to the problems Black and oppressed people suffer from in the United States.

“Our people will still be suffering on Wednesday, Thursday and Friday,” he said. “So if we’re not building institutions to get us out of this condition, then we’ll still be here. There’s no other people who’s single solution to their economic or political or legal problems is just to vote. So we should be wise.” 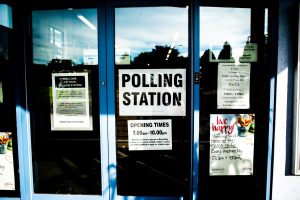 The Importance of Independent Education

In 2016, Salih moved to Los Angeles after getting married. He had it on his personal goals list to open a school there.

“Our team had talked about it. It didn’t happen immediately. A few months later, we came to a conclusion like look, this needs to be done,” he said. “If we’re not educating our children, we’re not about nation-building. Period.”

From there, they worked out getting a building, filing paperwork and developing a curriculum. Thus, Muhammad University of Islam in Los Angeles was born.

“Our lack of Black educational institutions is not because it’s hard – it is hard – but it’s because we have the lack of willpower and desire,” Salih said. “The Most Honorable Elijah Muhammad said it would be better to teach our children under a tree than send them to public school.”

Currently, parents around the country are complaining about the state of the public school system. A Gallup survey found that more than half of Americans are dissatisfied with American public education, but are more inclined to rate their own children’s schools highly. Furthermore, 78 percent of Americans believe children educated in private schools receive an “excellent” or “good” education. 37 percent of respondents said public schools provided an “excellent” or “good” education.

Salih believes strongly in providing children within our communities with a proper education that will allow them to return to their communities to help effectively improve it.

“We have made a mistake as a people in teaching our children that the only appropriate route to success is a college degree,” he said. “And the way we frame it is you don’t have to be a rapper or athlete, but you can go to college. The problem is there is not enough room in America’s colleges for us. Many of our children will never end up there. Second to that, the problem is those that do go to college, we haven’t given them a strong enough base in the history of themselves, their people and their enemy so when they get to the campus, they can get what is necessary and leave what is unnecessary and bring back what is useful to the community. We have to provide for them an adequate space for what they need before they go.”

Oftentimes when Black students attend college, that’s their first time gaining in-depth knowledge of Black history, depending on the school they go to and the courses they take. Salih says they should be learning this a lot sooner.

“Our notion is we can do more with children K-12 that when they’re done with our children, they can be meaningful contributors to the building of a nation,” he said. “That means our curriculum is centered on life essentials, meaning Islam, financial literacy, moral behavior because these are key and critical components to any of us if we’re going to make meaningful contributions to the building of a nation.” 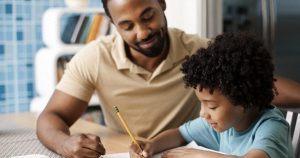 If we don’t do this, Salih said, we’re failing our young people.

“It’s grossly insufficient for us to just have a sheet of paper that says we went through four years [of college],” he said. “We haven’t set anything up that our young people will be able to engage in a meaningful way. We’re failing our young, we’re setting them up for failure saying we want you to bring this information back, but we don’t have any jobs or institutions.”

Our People Have Always Wanted to Separate

Oftentimes when the Honorable Minister Louis Farrakhan speaks of separation during his public speeches, he’s often criticized by the media. They call him ‘racist’ among other things.

But Salih says that this is nothing new to Black people.

“I would argue that almost all of our people have an inherent inclination towards building a separate nation for ourselves,” he said. “When our people were taken from their native land, the first initial act of resistance was to go home. …We’re not asking folks to do something outside of that, we’re asking them to do something we’ve always attempted to do.”

One of the best examples of separation, he said, is when the Most Honorable Elijah Muhammad was still among us.

“When the Most Honorable Elijah Muhammad was in our midst, it was such a good example of nation-building,” he said. “People may not have agreed with all that he was saying, but they could see he was drastically changing the lives of Black people in real time. So the way to go about it is not to talk so much to people about it, but by making duplicable models of what this looks like and how this actually looks like, in my humble opinion.”

“Talk is cheap,” Salih said. “It’s one thing to say we want to build a nation, it’s another thing to show people grocery stores. I think all we have to do is show them. Literally look at America and the shape of our people. Do you really think that our people have a place here, that they will love us? Show them the 100 plus years of Jim Crow, the 60-70 years of institutional racism. It’s not like we don’t have tons of examples to pull from as it refers to how this nation has engaged with us. We have truth on our side, we now need truth to be organized.”