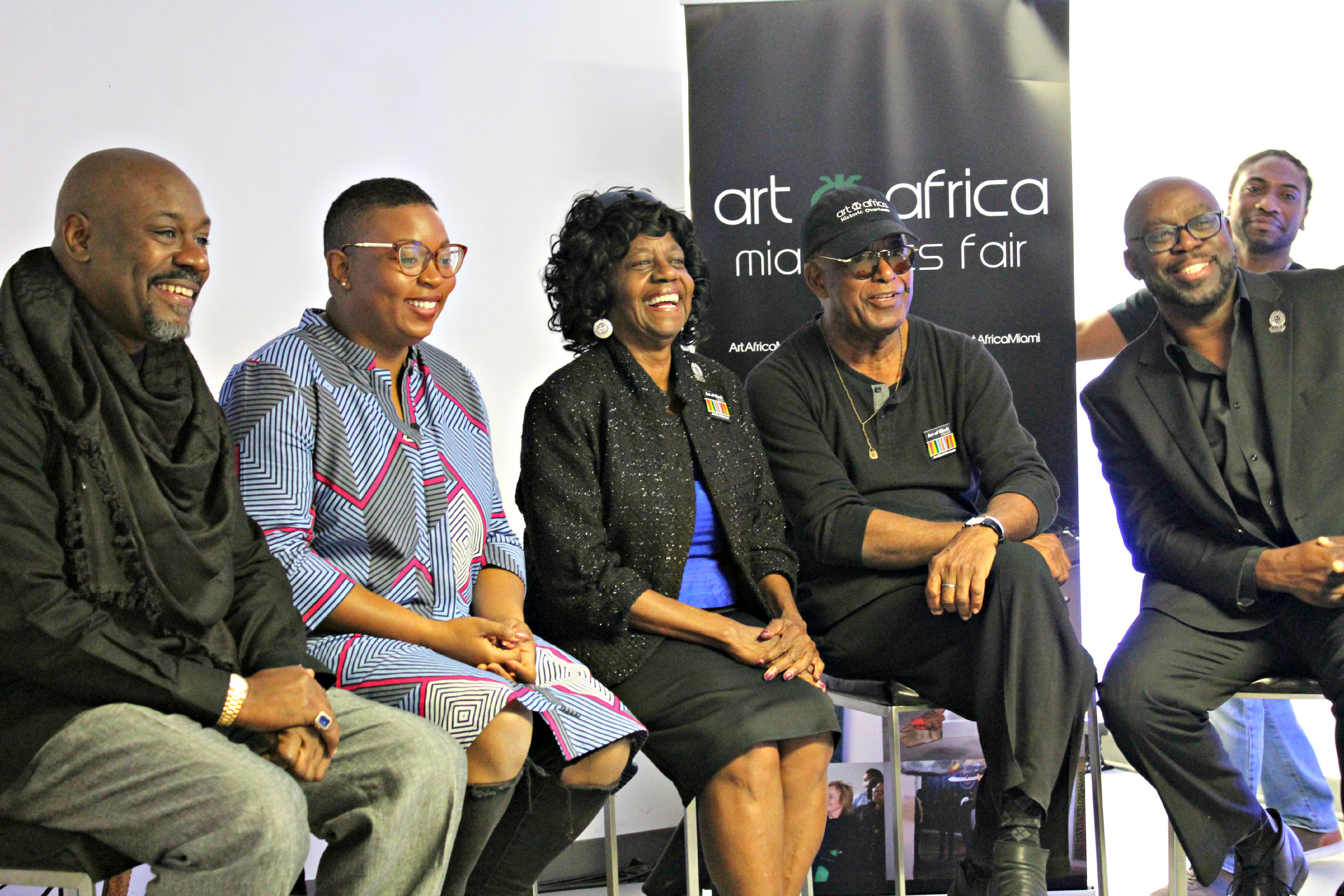 Every year, art fanatics flock to Miami Beach to take part in Art Basel, a major four-day art show that features galleries, films, and everything an art lover could want. This happens in three cities across the world — Miami Beach, Hong Kong, and Basel.

Over the years, some people have created their own renditions of Art Basel. One of the renditions is called Soul Basel, which takes place in Miami’s black neighborhoods during the same time as Art Basel.

Neil Hall, owner of Art Africa Miami, a gallery in Miami’s black Overtown, hosted a string of events at his gallery during Soul Basel week. One of them was a community talk, bringing together art and the community. Community influencers who were making a change in Overtown and had a say in where that change was going led the conversation.

Like many historical black communities around the country, Overtown was the cultural hub in the earlier part of the 20th century, when it was known as “Colored Town.”

“Black people did not just sit around and do nothing,” said Dorothy Fields, an archivist and founder of the Black Archives in Miami.

Blacks living in surrounding areas would travel to Overtown for shopping, business and entertainment. Many fine restaurants and hotels were in Overtown. Black artists who performed in Miami Beach were not allowed to sleep there, so they were brought to Overtown. Over the years, people such as Nat “King” Cole, Sammy Davis Jr., Billie Holiday, Ella Fitzgerald, Lena Horne and Aretha Franklin visited the city. Others including Langston Hughes, Zora Neale Hurston, Paul Robeson, Joe Louis, Jackie Robinson, Muhammad Ali and Malcolm X also visited.

Now, Overtown isn’t exactly known for such prominence. The city is associated with guns and violence by local media and newspapers, blocking the current generation from knowing much about the legacy Overtown holds.

The city began to lose its status during the 1960s when the construction of I-95 took place. The expressway cuts through Overtown and displaced many of its residents.

After decades, the city is coming back to life through the efforts of many working towards one goal.

‘There’s not a lack of ideas in our communities’

Felicia Hatcher, an author, entrepreneur and brilliant mind behind Black Tech Week, was present at the panel to talk about the impact tech has in the redevelopment of communities.

“There’s not a lack of ideas in our communities,” she noted. “We’ve solved transportation issues in our communities. It’s called ghetto and people laugh at it. The idea existed in the black community way before Uber came up with it.”

The mode of transportation Felicia was referring to is the “Jitney” bus in Miami. The small, white bus takes riders from place to place for a small fee. Often times in public schools, youth make fun of those who ride the Jitney.

“We have to stop laughing at the ideas in our community,” she said.

Hatcher has hosted Black Tech Week in Overtown and recently opened a co-working space in the area. This, along with the efforts of the Black Archives, Neil Hall and the Community Redevelopment Corporation, has helped to revitalize Overtown. Instead of simply being a crime-ridden area to the current generation and others, it’s also a place where they can find music festivals, artwork and classic foods.

We must take charge

Mussaddiq Muhammad, an entrepreneur, has also contributed to the upliftment of Overtown. He’s behind the popular Overtown Music and Arts Festival which takes place every year. It has attracted artists such as Monica, Keyshia Cole, Melanie Fiona, K. Michelle, Ginuwine, Musiq Soulchild and others. Thousands of people visit the festival each year. Muhammad also owns a popular wing spot in Overtown called “House of Wings,” which was featured as the “Best Chicken Wings” in Miami by the Miami New Times.

“There can be no outsider that comes in and puts on our cultural expression better than us,” he told the audience. “If we let other people portray us, then we all look the same. If we stay strong then we will always be at the top and remain at the top.”

The panelists are leading the charge in Overtown to uplift the community, but Hall believes there’s a lack of confidence within black people.

Both Hall and Muhammad encourage the youth around them to build their own future, because it is within their own hands.

“You can build your own job today,” Hall said.