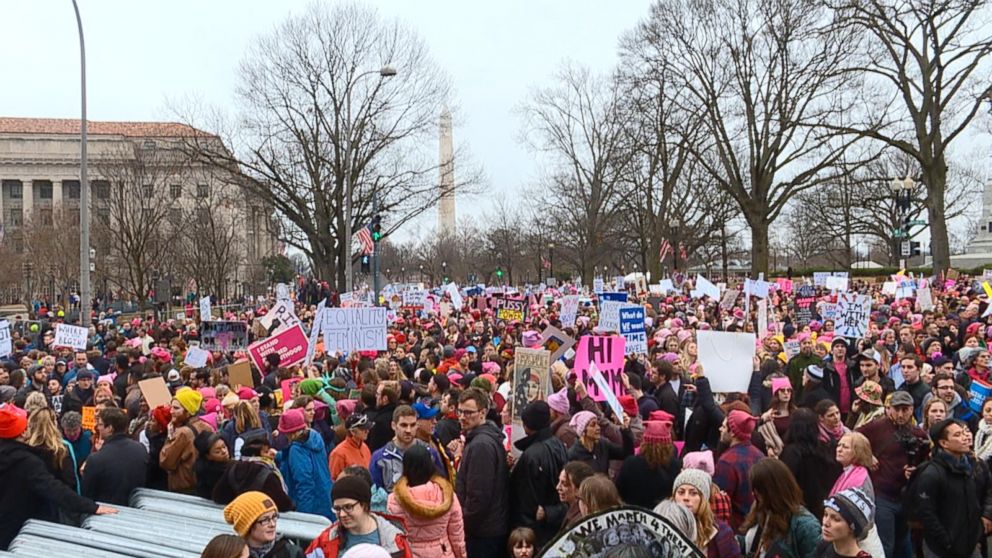 “There will never be a change in the world until women rise from the condition that male authority has put them in. Women are rising all over this planet,” the Honorable Minister Louis Farrakhan posted on Instagram Jan. 28, 2019.

Indeed, the third consecutive Women’s March took place in Washington D.C. on Jan. 19 with sister marches taking place all over the country.

The first two marches were organized in 2017 and 2018, respectively.

The recent Women’s March was riddled with controversy as many attempted to call on the March’s co-chairs to denounce the Honorable Minister Louis Farrakhan.

In late October 2018, actresses Alyssa Milano and Debra Messing made comments calling for the Minister’s denouncement, and the Women’s March released a statement on social media regarding their position.

March co-chairs including Tamika Mallory who is Black, Linda Sarsour who is Palestinian and Carmen Perez who is Latina were condemned, and demands were made for them to step down, according to the Final Call.

The claims popped back up when Mallory spoke about the March on ABC’s “The View,” where she refused to denounce Minister Farrakhan.

“As a leader, as a Black leader in a country that is still dealing with some very serious unresolved issues as it relates to the Black experience in this country, I go into a lot of difficult spaces,” Mallory said on the show.

“Wherever my people are, that’s where I must also be,” she continued

She was then asked about her comments calling the Minister the “GOAT” on a social media post.

“During the 2019 Women’s March, co-chairs Linda Sarsour and Carmen Perez outlined a progressive policy agenda, released Jan. 18, that builds on gains of the record-breaking midterm elections, seeks to codify protections for a wide cross-section of women, lists legislative and policy priorities, and also works to ensure that elected officials on the federal, state and local level are held accountable,” according to the Final Call.

The conversation surrounding the Women’s March should not be one of controversy and division, as there are bigger issues at stake.

And the Honorable Minister Louis Farrakhan recognizes that fact. He recognizes that women are rising. It puts a smile on his face, because he genuinely cares about the plight of any oppressed group of people.

“The Movement of Women all over our planet is saying that the women have had enough of the misrule of men,” the Minister tweeted.