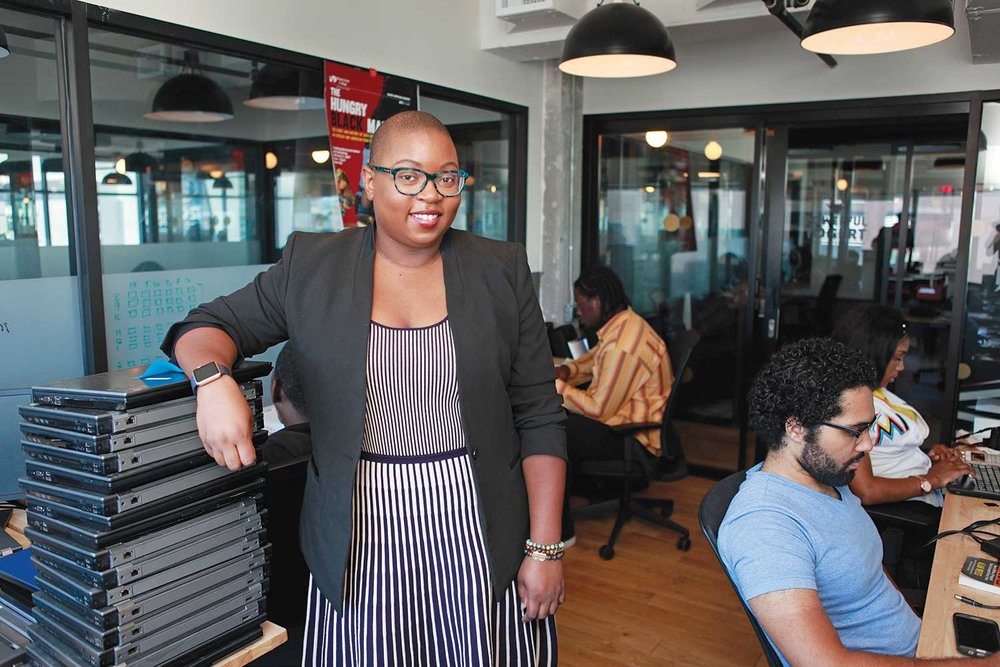 “Having a guidance counselor telling me I’d never make it to college or university because of my grades, I wanted to prove this lady wrong,” she said. “You can get really creative. There’s way more than one path to success.”

Throughout her life, Hatcher has found her own way to success. With over five published books under her belt, multiple awards and becoming the founder of tech companies, she’s risen to her position with grace.

To date, one of her greatest accomplishments has been founding Black Tech Week, a large gathering of Black techies, entrepreneurs and others in the industry.

As a Black woman in tech, Hatcher is forging her own path. But she’s doing it selflessly — opening doorways for her community as she opens them for herself.

She’s determined to create a large enough space for the whole of the Black community in the tech field for them to pull themselves out of socio-economic distress.

Honor for her ancestors and her family is what fuels her.

She’s the tech disruptor many have been waiting for.

Growing up in Delray Beach, FL to a Jamaican mother and a father from South Georgia, Hatcher was allowed to be extremely creative.

“I had parents that sacrificed a lot so that we could be able to be active in different kinds of programs, different things like that, and allowed us to kind of explore different areas that we wanted to,” she said.

She was very active in extracurricular activities and sports. Building things, taking things apart, rewiring a cable in a room — that was what she loved to do. She was the first one out of her group of friends to get a laptop.

“It allowed me to just kind of play with this thing and not really have any instructions or bosses at the same time in order to just be able to tinker,” she said.

A natural go getter, she taught herself how to code when she was in high school and how to do graphic design. This opened up a world of possibilities for her — possibilities that she would soon take advantage of.

Even though Hatcher loved what she was getting herself into, it didn’t occur to her that she could pursue it as an actual career path. All she knew about tech was engineering. That definitely wasn’t something she wanted to get into, partly because her math grades were less than stellar.

Eventually, she garnered enough money in scholarships and grants to enroll in Lynn University in Boca Raton, FL, even though she was a C-average student.

Lynn University proved to be a great starting ground for her. While there, she built and ran innovative college prep programs for major companies such as DeVry University, the YMCA,TED Center, Mount Olive Baptist Church and the Urban League. She went on to work for the NBA, the WNBA and did marketing for technology companies.

Going through her career as a Black woman in a white male-dominated field, she was bound to face some adversity. Sexism, racism, being the only Black woman in a room…Hatcher has dealt with it all.

“I’ve had those experiences throughout my entire career. Even now as an entrepreneur, I still face that,” she said.

At the end of the day, she said, it’s about how you respond to it.

“The storytelling that we do to change perception… but people are still going to be idiots and people will still refuse to educate themselves and will judge people based on how they walk into a room, and that’s their loss, that’s their problem,” she said. “All I can do is show up as myself and do my work and then also understand how to play the game differently.”

Hatcher said you have to be ready to show them you’re not one to mess with.

“As they think that you’re kind of on an island by yourself and no one has your back, especially in the organization, they’re going to continue to think that they can talk to you and be dismissive of you because you’re a woman, because you’re a Black woman and when you start having those conversations, you also have to be willing to walk away because that speaks louder than words sometimes,” she said.

Striving to Close the Wealth Gap Through Tech Entrepreneurship

Hatcher became an entrepreneur at 19 years old when her mother pushed her to do so.

“I learned a lot of lessons early on about literally starting with absolutely nothing, but then also realizing that…execution is absolutely everything and that’s the kind of the principle I live by of either launching companies, or running projects or working with strategic partners,” she said.

Execution has been a big part of Hatcher’s goal for the past five years of ridding Black communities of “innovation deserts.”

“That doesn’t mean innovation does not, or has not, existed in our communities, it just means we’re financially disconnected from the innovation economy and if we’re not careful, we’re being consumed by technology companies that will continue to consume (us),” she said.

She believes the conversation has to broaden in order for the tech industry to be used as a catalyst for closing the wealth gap that exists in the Black community.

“I think so much of the conversation is around getting our community and teaching them how to code… but we’ve always been in this space,” she said.

“Before Uber and Lyft, there was the Jitney Taxi (and others) and we were solving major, global transportation issues in our communities before these multi-million dollar companies came up.”

Hatcher said platforms such as AirBNB and GoFundMe are loosely based off of traditions that have been taking place in the Black community for centuries.

“So before these companies led by white guys raised billions of dollars doing the things we have literally done out of necessity, we have to understand historically how we’ve done this stuff,” she said.

“The problem is when we come up with these ideas and we do these things, people laugh. They think it’s a rudimentary idea. People call it hood, they call it ghetto. No, these are really innovative solutions to solving problems.”

Solving problems is what Hatcher is all about.

Black Tech Week is no different. It’s the platform she’s using to accomplish her goal.

The actual week takes place in Miami, but she and her team tours seven other cities across the country. She’s expanded greatly over the past five years. The convention brings together entrepreneurs, government officials, students, professionals and others. It allows people to meet others who may be able to help them with their projects, get their foot in the door, share ideas and more.

“I think above anything, if we can fix our access problem, and if we can create a magnetic force into attracting these things on an ongoing basis, that’s what Black Tech Week is,” she said.

People who attend have been able to secure funding, find employers, employees, and strategic partners. It’s created a community of people who love tech and who have defined what it means to be smart and Black, Hatcher said.

“At the same time, all the work that is done during Black Tech Week is very heavily rooted in making sure that tech does not come to the detriment of the socio-economic problems that also actually exist in Black neighborhoods,” she said. “We don’t have that luxury to do this thing separate from that. So all of that is why Black Tech Week exists and why it will continue to exist and how important it is, not just here in Miami but also the reason as to why we expanded it into seven other cities last year, then getting ready to go back on the road for this year as well.”

Working on the Shoulders of Ancestors

With Hatcher’s goal to help the Black community, it stems from the sacrifices of those who came before her.

“I think for me personally, I think about my grandparents, my grandmother Florence and my grandfather from Jamaica and really all my grandparents, but specifically them,” she said. “Just their path and my ancestors over all and wanting to honor the sacrifices that they made and I owe them a return on their sacrifice. How can I honor their sacrifice and give them the biggest return for generations to come?”

Along with honoring her grandparents, she believes it’s equally important to honor and respect women.

“We are the fabric of society. Like, life itself does not exist without us,” she said. “And so, as much as we can, we have to appreciate the women that we are, the women that are around us, show them and allow them to take up as much space as they need to in this world because they absolutely deserve it and as much as we can, remind women to not play small. You do nobody any service by playing small and you are robbing our future, you’re robbing our girls when you don’t play full out every single day.”

‘Don’t Wait Till You Get To College’

Hatcher has major words for young people who wish to break into the tech industry: do not wait.

“Do not wait till you get to college or get a college degree. Do not wait. You can literally launch a multimillion dollar technology company as a 10 years old, 11, 12… You can do that,” she said.

Tech is a very broad field, she said. It’s not just engineering or programming.

“You can do so much within that space,” she said. “Tech literally touches everything so if you were into sports and you want to be in tech, you don’t have to choose either or. You can combine those things. Tech is fueling the NFL, it fuels the NBA, it fuels whatever sport there is. Most of those are technology-driven companies.”

Hatcher helps many young people find their way in tech. She founded Space Called Tribe, a co-working space in one of Miami’s Black communities. She has exciting new projects coming up for that initiative and welcomes students, professionals others to network.

One thing Hatcher is excited about though is the newest addition to her family — her daughter.

All in all, Hatcher has a mission to accomplish. She’s dedicated to living out her purpose and helping to solve the problems in Black and oppressed communities around the world.

“I am devastated all the time when I hear stories of young people about the adults that are in their lives that have kind of painted the picture of what the trajectory of their life is going to look like at a really young age,” she said. “And then on the flip side of all of that, I know how transformational technology can be, especially in the Black community.” 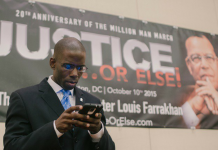