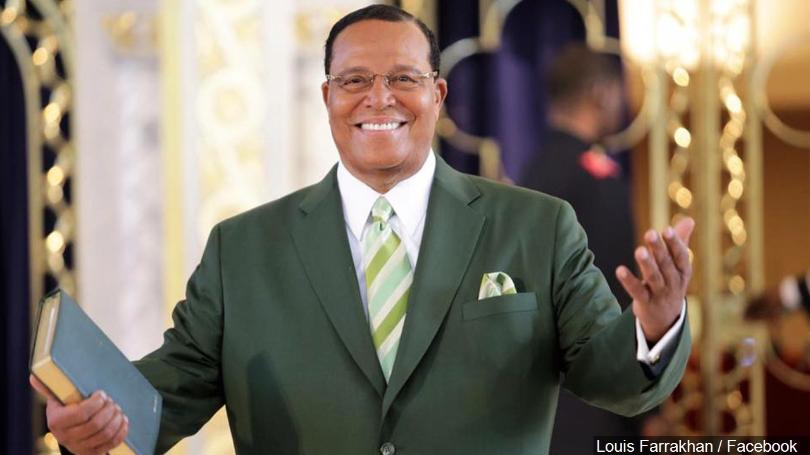 The light tends to reveal that which is hidden in the dark, which is why Facebook and Instagram banned the Honorable Minister Louis Farrakhan. They claim he is “dangerous”.

I would assume that roaches hiding in the dark are at fear for their lives, too, when the light comes on.

Minister Farrakhan is a light—a light for the world.

According to Merriam Webster, light in the sense we are talking about is “spiritual illumination,” “TRUTH,” “something that enlightens or informs,” “a medium through which light is admitted”.

What does it mean, then, that the Honorable Minister Louis Farrakhan is a light for the world, and what has he done to qualify him for such a statement?

Let’s start with addressing the first part of the question.

To be a light for the world means to enlighten the world on spiritual matters that the world was once blind to. It is to act as a medium through which truth is emitted and reflected back unto the people of the world.

89 years ago, people walked within the world without having knowledge of themselves, knowledge of God and knowledge of the devil.  It was not until the coming of Master Fard Muhammad, Allah in person, on July 4, 1930, that knowledge had surfaced about the origins of God, self ,and the devil.

That knowledge was given to the Honorable Elijah Muhammad within a 3 year and 3 month timespan, and from that knowledge, he built the Nation of Islam and resurrected the mentally enslaved minds of Black people in North America.

When the Honorable Elijah Muhammad departed in 1975, many thought he, his work and his mission was dead. The light had faded.

But they thought wrong. One man, the Honorable Minister Louis Farrakhan, predestined to serve as the medium through which light—truth—travels, stood up in 1977 to continue the work of the Honorable Elijah Muhammad and the Master Teacher Fard Muhammad.

Here is just a very brief list that does not and cannot possibly include everything he has done:

He taught the Black woman her value as the mother of civilization, and he teaches Black men to honor, respect and protect Black women. He gave us a peek into the dressing room of our great grandmothers, and he teaches that women are universes within themselves and can do anything that a man can do.

He teaches Black youth about their divinity and how to discover their purpose. He gives advice on college and how to get an education that can be used to help improve the condition of the masses of Black people.

He advocates for the unity of the Aboriginal people, which includes Black people, Indians or Native Americans, Hispanic/Latino and Mexican. The 20th Anniversary of the Million Man March, ‘Justice or Else,’ united the Original nation as well as served as a rallying call for all marginalized groups of people within the United States of America.

He has been telling the truth for 60+ years and has never wavered. He remains unbought, unpaid and unsold. He remains fearless in front of powerful enemies—the government of the United States, spiritual wickedness in high places, the very structure of American society, a whole world contrary to the rule and way of Allah (God).

He is internationally known and is respected as a world leader by leaders across the planet earth. Head leaders of African and Asian nations have given him many gifts and honors across the years he has served as the National Representative of the Honorable Elijah Muhammad.

The Honorable Minister Louis Farrakhan has impacted the world on a much greater scale than one article could possibly cover. To learn more about his life and impact, you can check out our Snapshot of Farrakhan series.

You can witness his light by reading testimonies on social media.

Here are a few: