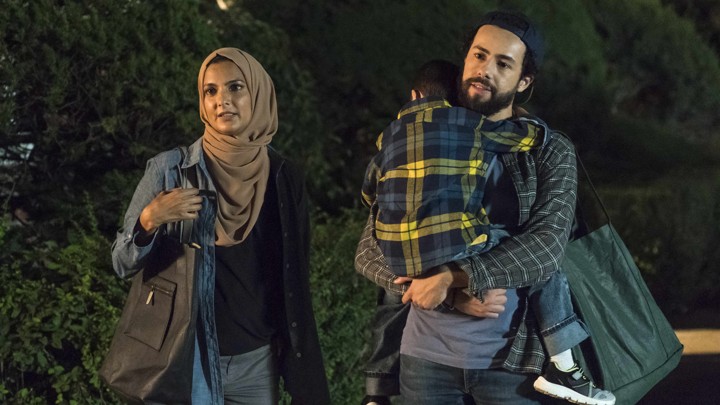 Hulu released a new comedy television series, “Ramy” in April of this year. The series depicts a young Arab Muslim named Ramy Hassan, who is living in New Jersey with his Palestinian and Egyptian conservative parents, and his sister, Dena. He is on a journey of trying to become a better Muslim, but he struggles with balancing his faith and the ways of the world, such as dating, drugs, and partying. It’s not that Ramy does not want to be Muslim. He actually makes an effort to appreciate the beauty of Islam and wants to take his faith seriously. The problem is that he is constantly being judged by his friends, family, and sometimes he judges himself, whether or not his practice is “good enough.”

The series touches a variety of topics: challenges during Ramadan, Muslim women’s sexuality, marriage, common stereotypes, and 9/11, to name a few. As a Muslim myself, I can say that  “Ramy”  is a breath of fresh air from the Islamophobic messages we get from mainstream media. Instead of the stereotypes stemmed from Western ignorance, “Ramy” consists of some relatable content that the Muslim community can understand. A lot of the Islamic references and jokes felt all too familiar. Even the Arabic that was spoken throughout the episodes was understandable to me and created even more of an understanding of the content and the characters themselves.

The series touches on issues not only with Ramy but his family and the people around him. The perspective of his family in some of the episodes says that Ramy is not the only one having a personal jihad. His mother, Maysa, is a woman who constantly gives herself to her family but does not feel as loved sometimes. She feels lonely within her own house and it bothers her deeply, but she is not as open with her emotions with her family. Dena is very vocal about how women are treated by people within her community. She scolds members of her family who have sexist ideas and points out how her brother is given more freedom than her to do what he wants without questions asked. She struggles with her sexual expression and is unsure about whether or not she should date in order to fulfill her desire. Ramy’s friends Mo and Ahmed seem to be more comfortable with their faith. Although they do not do a pretty good job at it, they try to give Ramy some advice in order to find that balance between this world and their religion. They have reached a point in their journey where they have embraced it as a way of life. I do wish that this attitude was the perspective of the title character.

I appreciate the representation of young Muslims in how we are not always perfect in practicing what we say we believe. It is, however,  very interesting to constantly receive the narrative of someone struggling with their Islam. I do not see as often narratives where the protagonist is actually comfortably Muslim and is firm in themselves knowing that they have a set of beliefs that might be the opposite of the world that they live in. I do think, though, that it is good for people to see that we are still trying to figure ourselves out, and we are still striving to be the best Muslims that we can be. Maybe in this series, we will be able to see Ramy become more comfortable and more accepting of Islam as not a religion, but a way of life.

Overall, the show is interesting. It is not perfect, however, it does have relatable qualities about it in the life of a young Muslim in highlighting some key personal struggles that we might go through. In a society such as America that fills the media with the kind of Islamophobic rhetoric that would shy one away from our religion, it is pretty nice to see a show about Muslims in a different light.