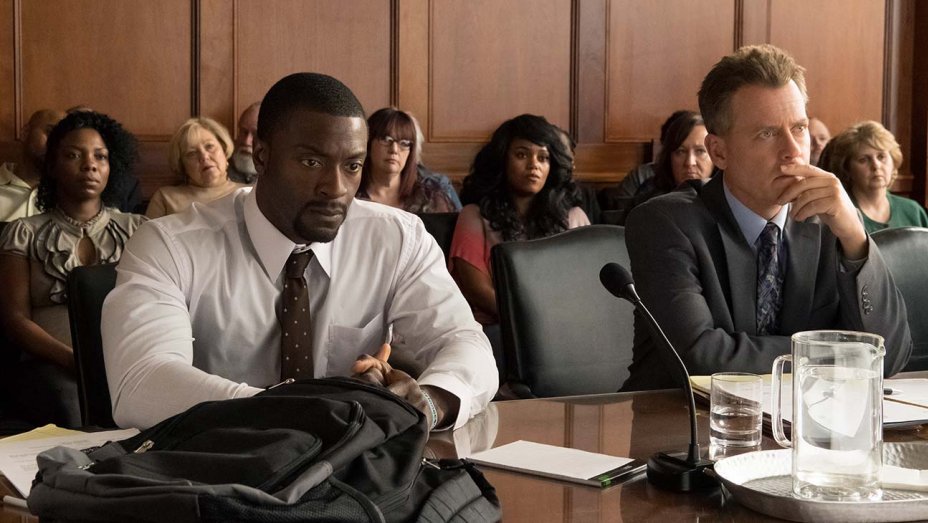 The story of Brian Banks falls into the pit of many falsely accused and convicted Black men who have spent half and/or nearly their entire lives fighting crimes they never committed. The film, directed by Tom Shadyac, tells the story of a high school football star Brian Banks (played by Aldis Hodge) who aspired to play in the NFL. In 2002, however, he was falsely convicted of raping a former classmate.

The movie begins with Brian Banks watching a group of young boys play football, and he recalls what it means to be “free”. At 17, Banks faced the impossible decision of either fighting the rape charge and spending 41 years to life in prison; or taking a plea deal and spend over five years in prison confinement. Due to the details of the plea not being thoroughly explained, he chose the latter.

In 2011, Troy Davis was executed by the State of Georgia for allegedly murdering a police officer despite substantial evidence that proved him to be innocent. Jabbar Collins spent 16 years of his life in prison for allegedly killing an Orthodox rabbi despite there being inconsistencies in witnesses’ testimonies and prosecutorial misconduct.

From Marvin Anderson, Scott Lewis, Leroy Harris to as far back as Emmett Till and further, Black men in America have been wrongfully convicted for decades.

“To be a black person in America is to be seven times more likely to be wrongfully convicted of murder and three times more likely to be wrongly convicted of sexual assault as compared to white people,” says the Innocence Project, founded in 1992 and since has exonerated the wrongfully convicted and/or incarcerated. In the 2019 film, Justin Brooks (played by Greg Kinnear) who is director and co-founder of the project in California was featured as one of the key links to proving Banks’ innocence.

With help from Brooks and members of the Innocence Project, Banks fights tooth and nail for a retiral to prove his innocence, all while reiterating the need for so-called minority groups (Black, Brown and poor) to develop their own system.

He used a powerful phrase after presenting in one scene irrefutable, groundbreaking evidence against the charges: footage of the alleged victim admitting Banks is innocent. However, he was still being denied a retrial.

“F-ck the system,” he said to Brooks.

The so-called minority of America could continue to be victimized into the pit of the wrongfully accused and/or convicted; or they could follow Banks’ example and create a system of freedom, justice and equality.

Afterall, we trialed the judicial system and it failed us. What better time for justice than now?