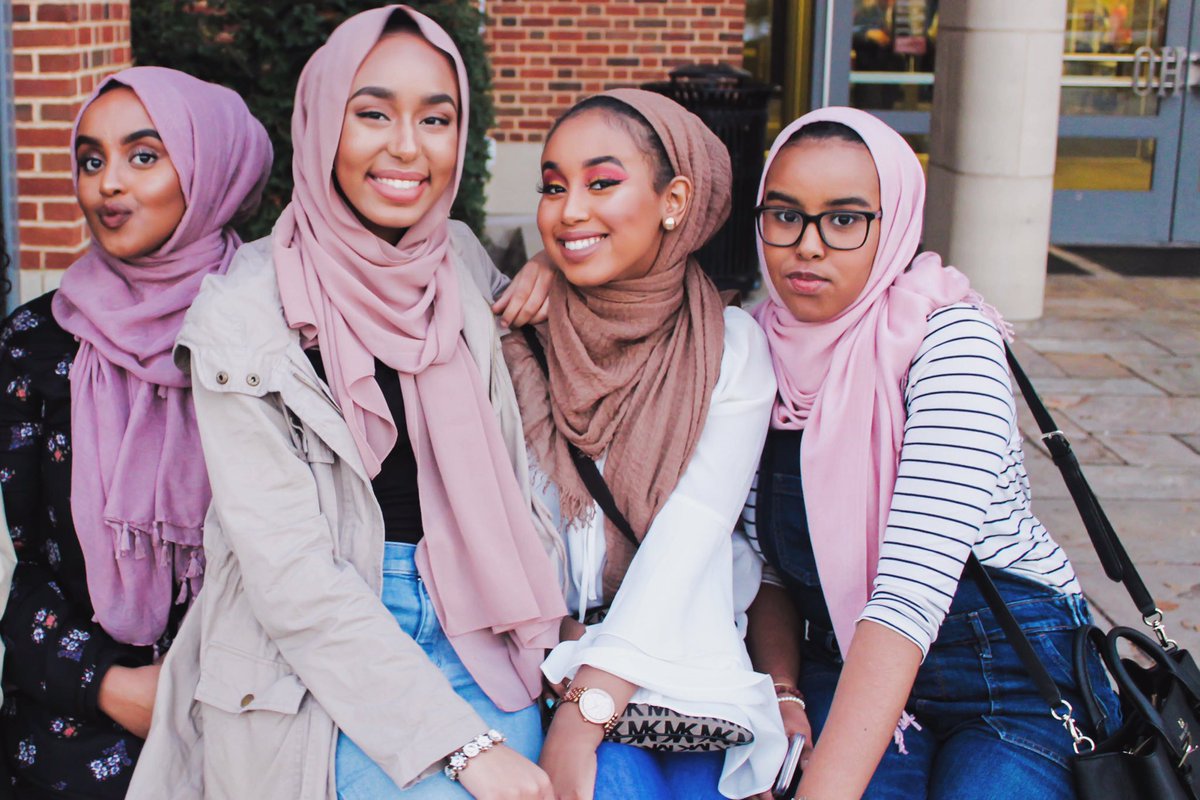 It is no secret that there is a strong Christian presence within the black community. Our sojourn in America has had a great impact on our spirituality, traditions, and beliefs. As we were brought in the Western Hemisphere to be made slaves, many of our ancestors were forced to become Christians and to reject many aspects of our African spirituality, including Islam.

I go to Bennett College which is a Methodist-associated Historically Black College/University (HBCU) with a large population of young Christian women. As a young Muslim woman, what I have felt on campus was a genuine fear of the unknown. The kind of comments being made and questions being asked were nothing but signs that the media has done its job effectively. Covering my hair on campus constantly becomes a conversation starter and an object of curiosity, yet there seems to be this uneasiness among my peers when asking about Islam. On a black, predominately Christian campus, Muslims are seen as something not only different from the “norm”, but unusual.

I have received so many questions and have experienced people’s assumptions about Muslims. I  hosted the first World Hijab Day commemoration on campus, which was February 1 of this year. Before this, I had the honor and privilege of hosting a workshop explaining World Hijab Day. In this workshop, I took a handful of students and taught them how to wear the hijab and what it truly means to wear one. I also entertained questions to educate them and debunk any false ideas about Muslims. This helped to break down stereotypes that they honestly and truly believed, but never had the courage to ask. Some of the stereotypes I noticed are repeated jargon from the American media that have helped to shape their presumptions. It was not only questions such as if I spoke “Islamic” (yes, you read correctly), or if I was from a middle eastern country. The questions that they asked primarily pertained to the idea of being “submissive” to a husband, father, or men in general. To them, the hijab was more about what we as Muslim women can’t do, and what we are “allowed” to do.

Assuming that a male figure enforced a Muslim woman to wear a scarf suggests that women in Islam have no freedom and that their lives are determined only by male authority. It is amazing how easily the hijab became a symbol of oppression rather than empowerment and closeness to God.

It is interesting that in Pfeiffer Chapel here at Bennett College, there is a stained glass image of the Black Madonna where her hair is completely covered in what could be classified as “hijab”. The idea of women covering their hair is no stranger to Christian or even Catholic beliefs, yet only Muslims are believed to be oppressed by our head coverings. Why is that? And why on a black college campus is that ideas still going on when black Muslims have been a crucial aspect of black American history and culture? We know about the power and work of great black Muslims, but how is it that their religion is thought to be oppressive? How is it that Malcolm X is praised at every HBCU but Muslims on those campuses are still looked at by some of their peers as following something so strange and unusual?

One thing to consider is the fact that Islam has been judged through the woman, not always necessarily the man. The Most Honorable Elijah Muhammad and the Honorable Minister Louis Farrakhan have taught us that you do not judge a society based on the man, you judge it based upon the condition of the woman. If the women in Islam are perceived as oppressed, then Islam as a whole is looked at in a skewed perception. Those who are visibly Muslim women are under a different scope because we have been fooled into believing that Muslim men are our oppressors by Islamic law. It then becomes utterly impossible to believe that a woman could choose Allah without being inferior to men. When a young woman is following Islam, it is assumed that she was pressured into it by her parents, rather than a choice on her own free will.

There needs to be a clear understanding that Muslim women are not oppressed. In a setting where we are pursuing higher education as black women, it is damaging to have a perception of another black woman that simply believes differently. On a predominately Christian campus that serves as an HBCU, Islam should not be feared or looked at strangely. It should be embraced and Black Muslims especially should be acknowledged as valued people without having their identity silently gawked at by those with unjust assumptions.