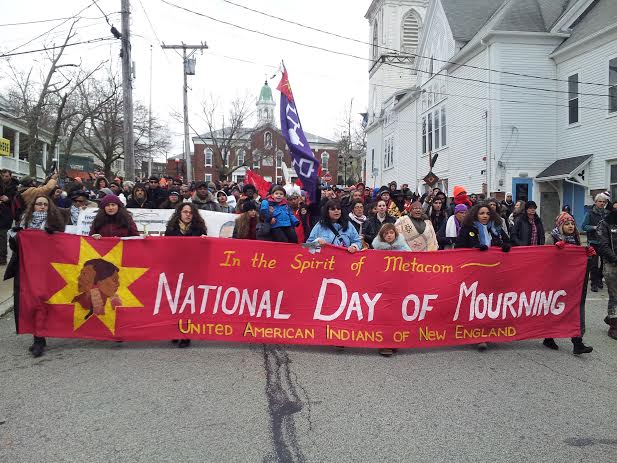 In American society, Thanksgiving is promoted as an innocent concept. The notion of being around loved ones and having gratitude for the many blessings that we have is an occasion that any decent human being would love to partake in.

However, in the age of information and technology, most of us should know that America has twisted the narrative to hide the fact that Thanksgiving marks a period of genocide, rape, and pillaging of Native American people. For many Native Americans, Thanksgiving is the National Day of Mourning, not a parade with giant turkey balloons and confetti. Non-indigenous individuals who are cognizant of history are often unsure of how to go about this day without being an unfavorable family member. Is it wrong to spend time with family when an opportunity is given, even if that opportunity has distasteful origins?

It is dangerous to want to dismiss this history of Thanksgiving as unimportant and irrelevant. Simultaneously, it can become even more distasteful when dwelling on this traumatic history.

While we are reflecting on this holiday’s origin, we should not think of Native Americans as some historical legend to bring up horror stories about when it is convenient around this “holiday season.”  “Columbus Day” celebrations, culturally insensitive Halloween costumes, and finally Thanksgiving, exemplify in times of holiday frivolity how little this society thinks about Native Americans. When they finally are remembered, it’s recalling their oppression, but not their perseverance.

Knowing what happened to Native Americans is important for historical accuracy, but it also helps us to reflect on how to help Indigenous people who are still here. It is important to not get caught up in the false narrative of Indigenous people being a sad and long lost group who never persevered. We should not stay in the negative, as if that is all Native American people are and have to offer. At the same time, we should not be so inconsiderate by overlooking this history and being willfully ignorant of the issues that Indigenous people have had and are still experiencing.

So how do we go about Thanksgiving? I think of Thanksgiving as a commemoration, not a celebration. A celebration implies that the reason for the holiday is a joyous occasion and does not accurately imply its problematic origin. In a commemoration, you are reflecting on what the day represents. However you choose to commemorate is subjective, but it does not lose sight of what happened and why people are gathered together.

For many people, especially in a Black American tradition, the focus has been taken off of white pilgrims and put into the friends and family that we have now. This is an opportunity to have a dialogue about the truth of Thanksgiving and to teach it to our children so that they are not caught up in the propaganda that American schools ingrain in them.

I encourage all of us who are staying with family and enjoying each other’s company during this time to approach it with thoughtfulness, consideration and willingness to educate yourself and others.