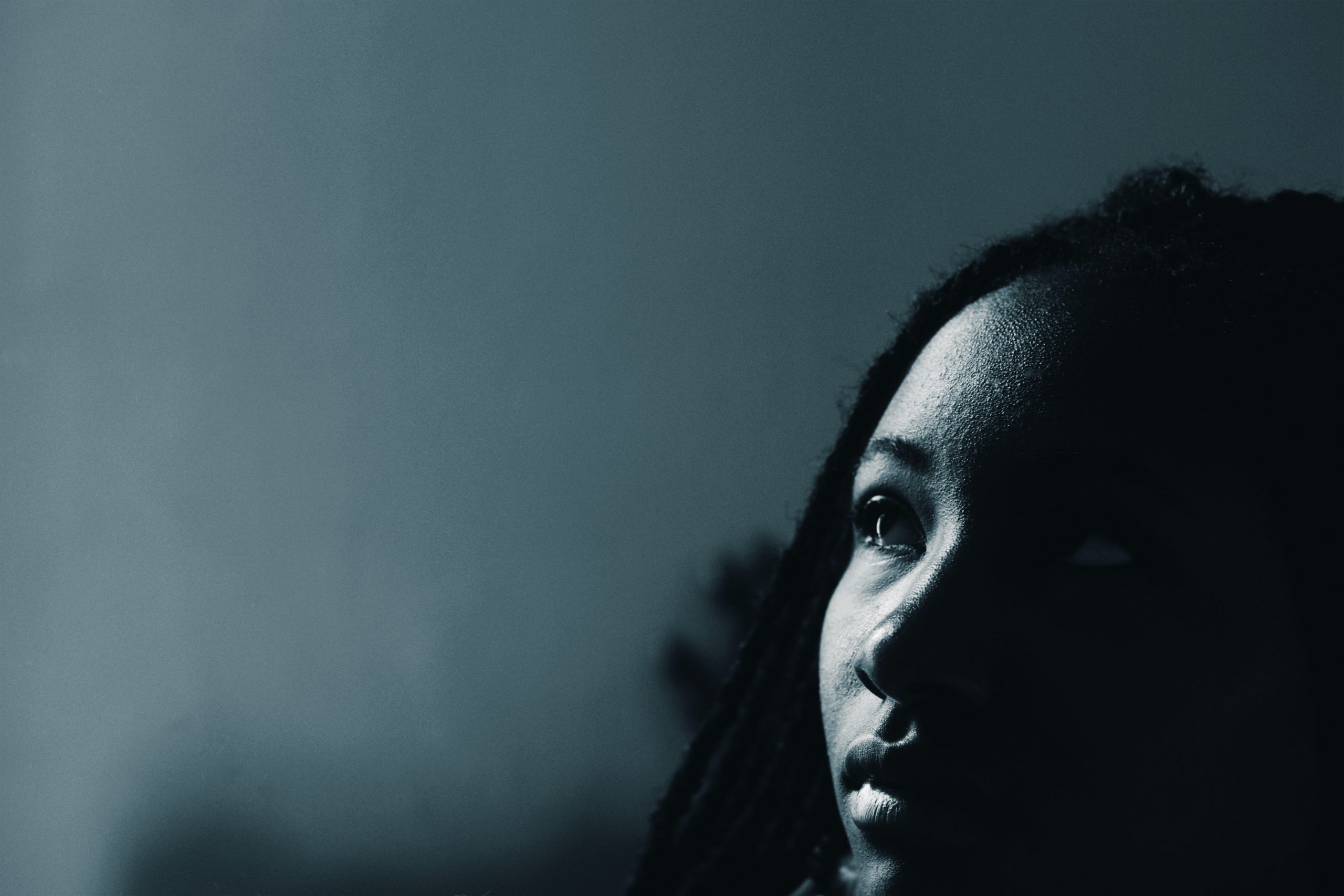 “F tha Police” by N.W.A. has become a theme song for Black people in America. It’s a song that highlights police brutality and racial profiling. Released in 1988, it still manages to influence pop culture today. With the release of the film Straight Outta Compton in 2015, the album was dusted off and replayed, especially since the movie came out the same year as the Baltimore protests. However, there are songs on that album that are seeped in misogyny. In the song Straight Outta Compton, MC Ren states that he would call Women who were on the front row of their concerts out of their names. In that same song, Eazy- E says that he doesn’t care for Black Women who get shot because he “ain’t a sucker”. In the song I Ain’t tha 1, Ice Cube expresses how he’s “only down for screwin.”

These lyrics molded the minds of the young men that listened to them at the time, and it is the mindset that “Women are ——- and are only here for sex,” a mindset that is still prevalent today, not only in music but in the culture of the Black community.

The Most Honorable Elijah Muhammad gave us an instruction, which was to Respect, Honor, and Protect the Black Woman. But now It’s become more of a catchphrase for social media clout whenever something bad happens to a Woman in real life. Unfortunately, it’s not taken into practice.

An instruction is detailed information telling how something should be done, operated, or assembled. So we need to make sure we carefully study and understand our instructions.

Let’s make sure we fully understand what “Respect”, “Honor”, and “Protect” means.

One way we’re failing at Respecting the Black Women is by reducing her to a cook, a maid, a servant, an object of pleasure, or anything other than what she truly is, which is a god, The Second Self of God, Himself according to The Honorable Minister Louis Farrakhan. We aren’t seen in the right light because we live in a society that perpetuates the disrespect of Black Women.

Whether we want to acknowledge it or not, slavery still affects us today. White Supremacy, which is the foundation of America, is still deeply rooted in our psyche because of the trauma that was passed down to us through our ancestors that endured slavery. All throughout the media you see White standards of beauty being upheld, which isn’t surprising since we live in a White-controlled society. But what is surprising is how there are Black men who degrade Black Women in order to keep this White standard of beauty upheld. It’s already disrespectful that there are White women who bite off of Black culture trying to imitate Black women by getting butt implants, lip fillers, etc. But what’s even more disrespectful is that there are Black men who put said White women on a pedestal, all the while throwing Black Women under the bus.

Dr. Ava Muhammad, the National Spokeperson of the Nation of Islam under the leadership of the Honorable Minister Louis Farrakhan, wrote in her book Real Love, “Since the turn of the century, the Caucasian female has become an alluring image of femininity that holds a hypnotic power over the Black man. This power is one which actually defies physical beauty; thus we see many of our men proudly display even extremely unattractive, unkempt white women. They seem to conquer him without trying, because to him, any white woman is the embodiment of all the fantasies he has held since the loss of his power.”

By propping White women on an unworthy pedestal, it subconsciously embeds the thought that White is superior, which in turn goes to show that Black is inferior, which helps to keep White Supremacy alive and breathing. This should go without saying, but White Supremacy is not something that should be upheld. Black men who help to uphold this system are doing so at their own demise and the demise of Black Women. The Honorable Minister Louis Farrakhan said that Women are the Key and that we mean everything to our struggle. Those words should be internalized so that we can properly follow the instructions of the Most Honorable Elijah Muhammad.

The b-word is not synonymous with Women. We hear it all the time in certain songs, but that doesn’t mean it should be carried into normal conversation. Referring to Black Women or Women in general as something that means a female dog, wolf, fox or otter disrespects and devalues her as a human being.  Black Mothers are not “lionesses protecting her cubs.” We are not animals. We are humans. We are gods. We are the Second-Self of God Himself. In 1995 during the Million Man March, the Honorable Minister Louis Farrakhan asked a little more than one million men to pledge to “…never use the ‘B word’ to describe any female. But particularly my own Black sister.” It shouldn’t even be considered as part of the vocabulary of the Black community.

There may be some “woke” Black men that think they Respect Black Women already by calling us Queen, but that is the extent of their respect. They call Women that they deem “appropriate,” queens. They call Women that don’t follow their belief system, satanic. Women who choose to dress modestly are pitted against women who don’t by “woke” men. “Woke” men say that Women who wear revealing clothes are “thirst- traps” and “tools/products of Satan.” And for what? To get people to adhere to your belief system? That’s not going to make people want to join your cause. It’s actually interfering with your cause, and causing people to turn their noses up at it because it’s mad disrespectful to insult Women based on what they wear.

Another way we’re failing at Respecting our Women is by only standing up for women when they’re associated with a man. More often than not, when men ask Women for their number, a Woman HAS to say she has a boyfriend or the man won’t take no for an answer. Women can’t just say “No I don’t want to give you my number,” there has to be a reason or she could end up in a hospital.

Or the situation where Kodak Black, a man accused of sexual assault, said that he was going to give Lauren London some mourning time before taking his shot. Everybody came and stepped to her defense, which was a very beautiful thing, but if she wasn’t with Nipsey Hussle (May Allah be pleased with him) they wouldn’t have said anything. Because they didn’t say anything about the comments he made about sexually harassing Young M.A. or what he said about wanting to hit a pregnant Young Miami in the stomach. Why didn’t the same men come and step up to their defense? What was so different about that situation? Kodak Black was threatening Women. Is it because they don’t have the same look as Lauren London or because she was associated with a man?

The Most Honorable Elijah Muhammad said “Respect, Honor and Protect the Black Woman.” He didn’t say “only respect honor and protect the lightskin Black woman that dresses modestly.”

It’s extremely disrespectful to treat, first, your wife, but also any woman as a baby-making maid. As a Black Muslim Woman, I have a duty to Allah (God) to make sure I keep house, rear children, take care of my future husband, sew, cook, and in general, act at home and abroad. But that’s my business with my God. One of the aforementioned definitions of Respect was, “To show consideration for; avoid intruding upon or interfering with.” If you reduce the units that Allah set for me to study and master as some little thing, you’re intruding upon my relationship with Him and interfering with the journey He set me on to become successful. By reducing us to cooks, maids, and objects of your pleasure, our needs aren’t being taken into consideration.

The Honorable Minister Louis Farrakhan said the home is our BASE not our place and that Women can go anywhere our gifts take us. The definition of base is, “Have as the foundation for something; use as a point from which something can develop.” So let’s say my goal as a pilot or an engineer doesn’t work out. I can still become a chef of a 5-star restaurant, or a world renowned fashion designer. Let’s not get it twisted. Allah made us to be creative critical thinkers.

In Naturally Beautiful by Dr. Ava Muhammad, she pulls a quote from the Most Honorabe Elijah Muhammad: “It is the nature of the female to demand good treatment.”

Finally, The Honorable Minister Louis Farrakhan said, “This is why every religion and every society must reevaluate how we look at the females in our society. To think of her as only being valuable for procreation and pleasure is devaluing her. To think of her as not being talented or gifted, that she may be an equal sharer in the development of the society, nation or civilization, is to devalue her.”

Let us truly learn as a people to respect Black women.

This article was written in conjunction with an episode of Kareem Talks Podcast, https://www.youtube.com/watch?v=8xZlnYCbXSY, and it is the first in a series of four articles on respecting, honoring and protecting Black women.