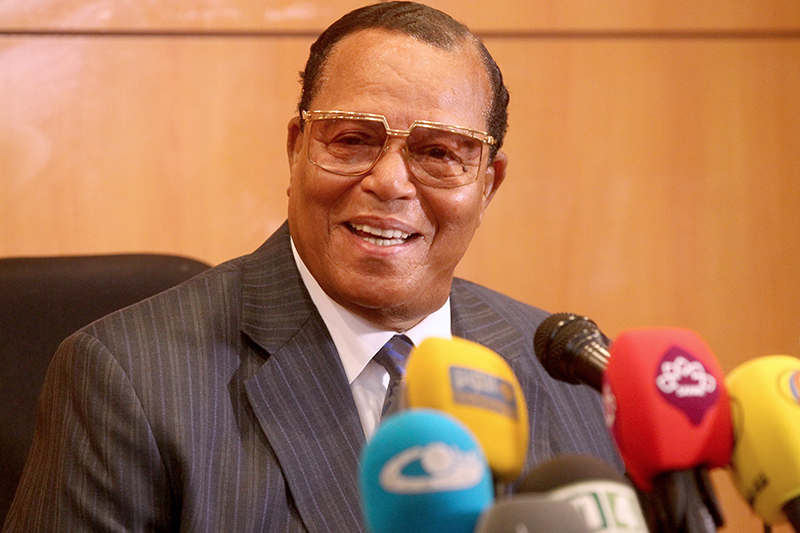 Why is any Black Celebrity who associates with the Honorable Minister Louis Farrakhan immediately subjected to criticism? Over the past 40 years, Minister Farrakhan’s name has been associated with anti-Semitism and hate. Anyone who associates with him is labeled a supporter of that which they accuse him of. NBA Hall-of-Famer Allen Iverson posted a picture of himself and Minister Farrakhan with the caption, “I didn’t choose to be black, I just got lucky” and the hashtags #BucketListMoment, #LoveConquersHate and #GoodDefeatsEvil.

Immediately after this post, he must’ve received some sort of backlash and felt the need to reiterate his association with him.

Nick Cannon also received similar criticism after he met with Minister Farrakhan. But why?

Why do they have to choose who our friends and enemies are? Why don’t they let us do the research on our own to formulate our own opinions?

We have the sound judgment to choose whom we decide to associate with. Minister Farrakhan speaks the truth and represents a free Black man who is unbought and cannot be controlled, and that is what they fear.

The charges of anti-Semitism are false, along with the notion that he teaches hate. Ask those around him and do your research thoroughly. Only then can you judge. The Nation of Islam hasn’t vandalized any synagogues or harmed any persons of the Jewish faith, so I respectfully ask all of his accusers to prove their accusations. The Anti-Defamation League has declined to debate him in public about these accusations, and the floor remains open for a debate.