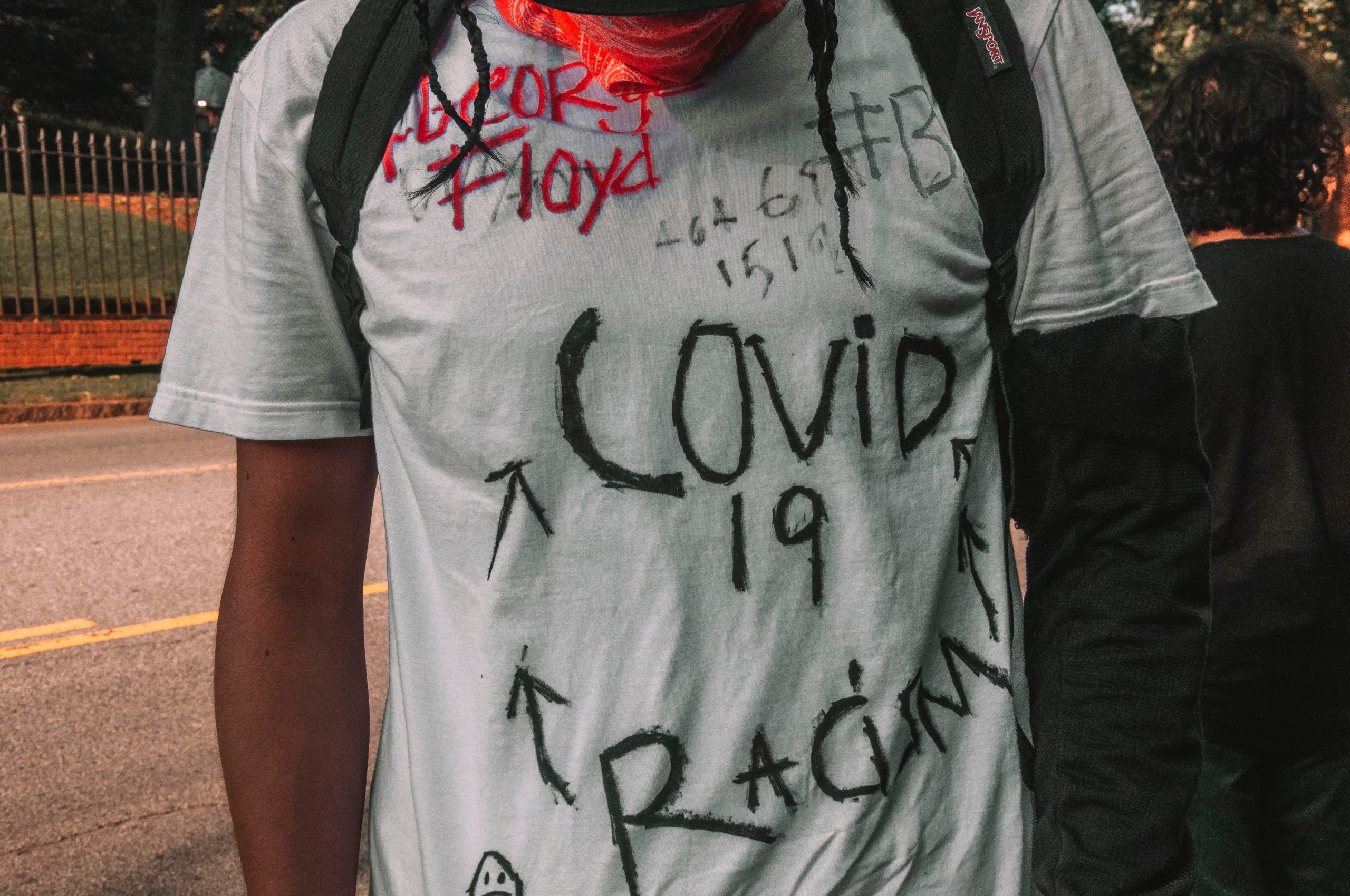 Prophecy from scripture describes the time we are now living in:

“For nation shall rise against nation, and kingdom against kingdom: and there shall be famines, and pestilences, and earthquakes, in divers places. All these are the beginning of sorrows. Then shall they deliver you up to be afflicted, and shall kill you…” ~ Matthew 24:7-9, KJV

The Covid-19 pandemic has marked the seriousness of the time. During his July 4th message to the world, “The Criterion,” the Honorable Minister Louis Farrakhan described the virus as a “pestilence from heaven.”

The majority of people who suffer the most or die from Covid-19 in the United States have comorbidities, or underlying health problems. Some of those include cancer, obesity, heart conditions and type 2 diabetes. Black people lead the nation in many of these underlying causes.

We as a people would be able to rid ourselves of those comorbidities by simply learning how to eat right. The foods we eat are killing us. The reason we eat poor food is in part due to our miseducation and our lack of desire to change. The Honorable Elijah Muhammad gave to us the books “How to Eat to Live,” but we have refused to listen. Not only do we refuse to listen, but we are suffering from the effects of chemical warfare by those who do not want to see the rise of Black people in this country.

God is angry with the United States of America, and part of His anger, so teaches Minister Farrakhan, is because of the wrongs that have been committed, are still being committed and will be committed against Black people.

So America is being punished with a pestilence from heaven, and Black people are being punished. The only way to escape God’s punishment, the Minister said in his July 4th lecture, is to repent.

“So, if you really want to end the virus Mr. Xi, recall your sins. Don’t tell me presidents don’t have sin. Go in your chamber and look at your record. Have you sinned? Is there anyone here who has not sinned? Raise your hand. I don’t see nobody. I can’t say that I have not sinned. But I can say with truth that God has taken care of my sins. The Scripture says, pray to me, and I will forgive you. The God will forgive you. He says He will not punish you while I’m among you. But He won’t punish you if you’re in the middle of repentance.”

America’s wrongs against Black people can be traced back to her kidnapping people off of the West Coast of Africa. Since then, she has tallied up a list of names. Recent tallies include:

These names are globally-known because of the racist tragedies that have happened to them.

They, and so many others, have been savagely killed by white police officers. There are those who have survived these tragedies, such as Jacob Blake, and others who we have yet to hear about.

The Honorable Minister Louis Farrakhan said during his message, Justifiable Homicide: Black Youth in Peril, “It grieves God to see human life that is made in His image or likeness and has the capacity to stand in His place with dominion over what He created, that such a life like that has no meaning in a racist society. That is disturbing to The God of Justice.”

These injustices have sparked outrage across the country. It has struck a chord in oppressed people, who are now protesting and calling for accountability, while others riot and loot in the streets.

Black athletes have shaken up the sports world by refusing to play in the NBA playoffs, forcing officials to convert arenas into voting centers, and displaying the names of those who have been affected by police brutality on their jerseys. They’re using their platforms to say enough is enough.

However, it can not stop there. We as Black people must unite and separate from white people, as a solution given to us by the Most Honorable Elijah Muhammad. Separation and building a nation of our own isn’t a far off goal; rather, it is a necessary one. One that will allow us to rise to our fullest potential, and build a world of peace.

Justice isn’t a baseless demand. It is the weapon God will use against white supremacy, the Minister says.

In his July 4th message to the world titled, The Criterion, the Minister says, “Why are the police quitting now? You should all quit. Because if in your presence there you think that you’re going to come into the Black community and do what you’ve been doing you better quit. The ‘jump out boys’ better stay in the White community. Don’t come where we live and jump out because you may never get back in. Real talk now. We can’t take it anymore. We won’t take it anymore.”

The United States of America could see better days if she would repent for her wrongs done to Black people. She refuses to admit her wrongs, denying from the White House––which her former slaves built––that there is no systemic racism in this country.

The denial won’t stop the justice that is to come.

Repent, America. Stop your racist and ill-treatment of Black and oppressed people. Because today, it’s Justice…or Else.