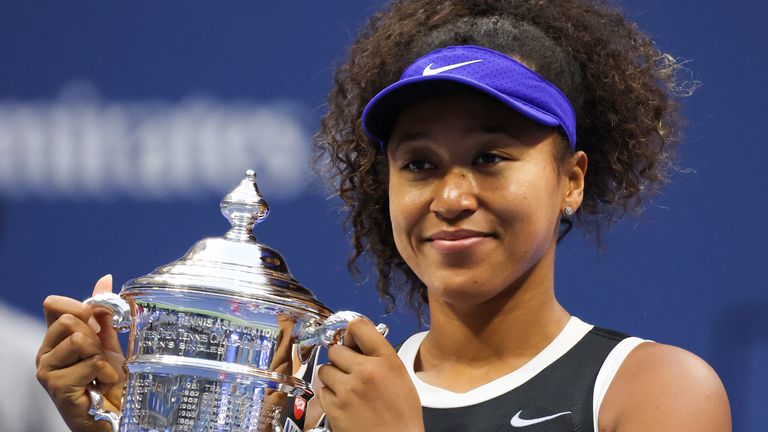 Naomi Osaka has blown us all away.

She secured her second US Open title earlier this month at only 22 years old. Not only did she use that court to showcase her excellence as a young woman, but she also used it to show that she’s more than just a great tennis player.

Before and after every victory, Naomi wore seven simple black face masks with white words. No, they were not just decorative masks. No, she did not only wear them because we’re in a pandemic. But it was a public and unapologetic display for the Black Lives Matter Movement.

Did Naomi have to do that? No. Did she have to display their names and make such a statement while millions of eyes watched her? No. But, she did.

While she received so much support and praise for her courage, she––along with many other athletes––received criticism. Many people out there believe athletes shouldn’t speak about world issues, politics, or anything that matters. They should just “stick to sports.”

Back in June, Naomi responded to that with a tweet saying, “I hate when random people say athletes shouldn’t get involved with politics and just entertain. Firstly, this is a human rights issue. Secondly, what gives you more right to speak than me? By that logic if you work at IKEA you are only allowed to talk about the “GRÖNLID.”

In a more recent tweet, she responded to those critics again, saying,  “All the people that were telling me to ‘keep politics out of sports’, (which it wasn’t political at all), really inspired me to win. You better believe I’m gonna try to be on your tv for as long as possible.”

According to a New York Times reporter, when asked how she felt about those words, she said she was trying hard not to cry.

“For me it’s a bit surreal,” she said. “It’s extremely touching that they would feel touched by what I’m doing. For me, I feel like what I’ve doing is nothing. It’s a speck of what I could be doing. Yeah, it was really emotional. I feel like, I don’t know, after I saw it, at first I was a bit in shock. Now that I’m here and I took the time, I’m really grateful and I’m really humbled.”

Naomi further touched and inspired us all with another tweet, soon after she claimed her big victory: “I would like to thank my ancestors because everytime I remember their blood runs through my veins I am reminded that I cannot lose.”

We’re currently living in a time where sports figures and celebrities are doing their best to reflect the issues going on in the world. Black athletes, and athletes of other races, have begun to step up and make the same calls for justice that the broader community is making. Why? Because they’re Black and they’re human, too…in case some of us forgot. They feel pain when they see a Black man or woman shot down by an officer. They’re tired of seeing it. And many of them have admitted to experiencing negative encounters with police as well.

They’re showing the world, critics, reporters, communities, and many more that they won’t let these issues go unnoticed. Many of them are saying enough is enough, and we’re here for it.

To Naomi Osaka and to all the others taking a stand: continue to shine, and continue to demand justice.