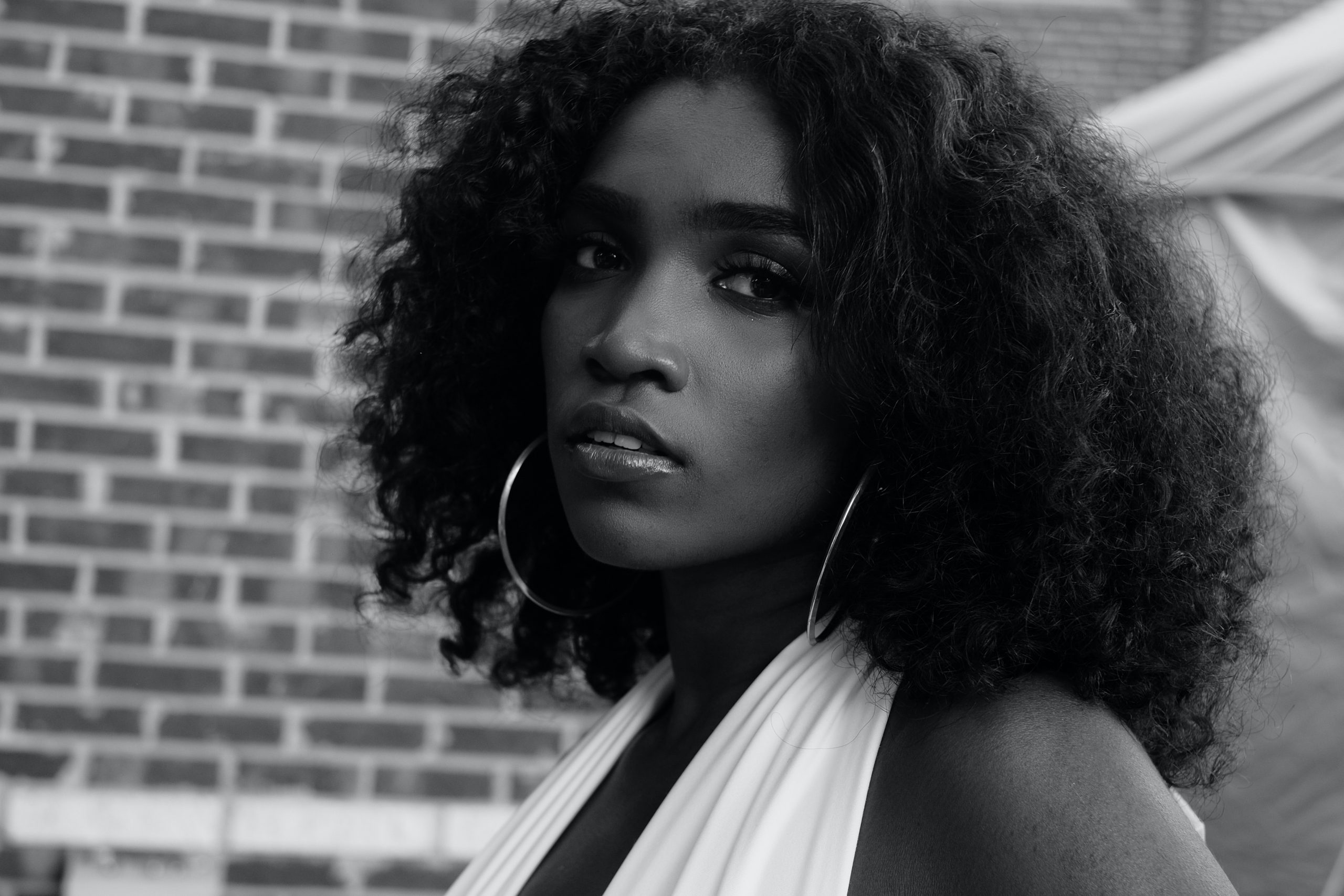 Whenever I had to have a conversation with a person who wasn’t properly taught about Women and Women’s issues, the topic of Feminism comes up. I never explicitly liked using the word because I knew the kind of reaction it was going to bring. The word ends up being said with sheer disgust. I’ve noticed, in my 21 years of life, that people speak loudly on things they don’t know about, which is crazy considering how accessible Google is.

I would like to explain feminism and why this word shouldn’t be said with disdain and dismissed when certain topics within the Black community come up.

When you type feminism into Google, the first thing that shows up is the definition, which is: the advocacy of Women’s rights on the basis of the equality of the sexes. Scroll a little further on the screen and you’ll see from Wikipedia:

Another definition of feminism is explained in Beyonce’s song Flawless by author, Chimamanda Ngozi Adichie. “Feminist: the person who believes in the social, political, and economic equality of the sexes,” she writes.

Womanism is a term created by author and poet Alice Walker.  Walker defined womanism as, “A Black feminist or feminist of color,” and she stated that, “Womanist is to feminist as purple is to lavender.”

Before we move further, it should be noted that essentially, there is nothing wrong with these words. One of these words, however, has an undertone of mistreatment that should be addressed.

Susan B. Anthony is a widely known and celebrated white feminist. Being denied to speak at a temperance convention, she realized people would never take women in politics seriously until they had a right to vote, so she founded the National Woman Suffrage Association in 1896. In 1920, fourteen years after her death, the 19th Amendment of the U.S. Constitution (nicknamed the Susan B. Anthony Amendment) passed, giving “all” adult women the right to vote.  Anthony’s contributions to this country greatly defined Women’s rights and the foundation of feminism. To quote Susan B. Anthony, “I will cut off this right arm of mine before I will ever work or demand the ballot for the Negro and not the Woman.”

White feminism is white supremacy disguised as “equality for the sexes.” White feminism, according to Dr. Monnica T. Williams, Ph.D., “…is a racist ideology that claims to speak for all women while ignoring the needs of women of color and suppressing our voices.” Like white supremacy, white feminism is so widespread that Yoko Ono, a Japanese multimedia artist and peace activist, co-wrote the song called Woman Is the Nigger of the World. White feminism is having a white savior complex by labeling Muslim Women who wear burqas and hijabs as “oppressed” while forcing their ideals on us, similar to that of colonizers. White feminism is having the privilege to “opt- out” of certain issues,  especially issues pertaining to Black Women. You can be a white feminist and not recognize the oppression of Black people, which creates a problem for Black feminists who actually work for Women’s rights.

Black Women struggle to have their voices heard because America works hard to silence them. The Honorable Minister Louis Farrakhan said, “This was a country that was never made with the Woman in mind.” In 1913, during a woman’s suffrage march, an order went out to segregate the Black Women and have them march at the back of the parade. In 1867, Sojourner Truth addressed the American Equal Rights Association, stating:

Considering Black Men and Black Women suffered the same form of oppression during slavery, there’s nothing wrong with Black Women fighting for her rights.

Womanists are Black Women feminists. Womanists are courageous, audacious, and strong-willed Women and supporters of Women. Feminism, according to Alice Walker, is a subdivision of Womanism. Womanists look to the survival of the whole by addressing issues concerning Black Women and Women of color. A Womanist is someone who is committed to a world where both the male and the female can coexist without one oppressing the other. Womanism includes men so that the opportunity to address gender oppression can be provided.

Where does the contempt of the word Feminism come from?:

Pat Robertson was a former Republican presidential candidate and former Southern Baptist minister. In opposition to a proposed equal rights amendment to the Iowa Constitution, Robertson stated: “The feminist agenda is not about equal rights for women. It is about a socialist, anti-family political movement that encourages women to leave their husband, kill their children, practice witchcraft and destroy capitalism and become lesbians.”

The term feminism is associated with “man-hating,” “lesbian,” and the “lack of  femininity.” Feminists are considered to be women who bash men or promote female dominance or female supremacy, but that is far from the truth, especially considering the definition of the word. Telling men to hold themselves accountable for their actions and treat women better is not bashing; it’s just something they don’t want to hear because the society we live in says men can do whatever they want by reiterating the ever so popular phrase “boys will be boys.” Feminists don’t want to dominate society; they just want to be included in important rooms that are dominated by men, to bring balance. The goal of feminism isn’t female supremacy. It’s simply equality. Women want to get paid the same amount that a man gets paid for doing the same job. Women want an equal opportunity to explore any field of endeavor a man has access to. People confuse Feminism with misandry, which is the dislike of, contempt for, or ingrained prejudice against men. A misandrist can call themselves a feminist, like how a liar can call themselves honest, but a feminist is not a misandrist.

The term feminism is looked down upon especially in the Black community because the second wave of feminism arose during the rise of Black Power movements. White women began complaining about their desk jobs while Black Women were fighting for their lives. Insensitive to this fact, white women who joined the Civil Rights Movement—for the promise of interracial relationships—began to impose upon the Student Non-Violent Coordinating Committee by submitting an anoynomous letter speaking on the sexism in the group. I would argue that the letter was a dehumanization tactic and an attack on Black Manhood by white women who have historically used their means of sexuality to demean Black men, as we’ve seen in cases like the Rosewood Massacre.

Black Women criticized white women because they couldn’t relate to, or afford to relate to, the sexism white women faced. Shirley Chisolm, the first Black Woman elected to US Congress and first Woman to run for president, said in 1974 at the University of Missouri:

“It is quite understandable why black women in the majority are not interested in walking and picketing a cocktail lounge which historically has refused to open its doors a certain two hours a day when men who have just returned from Wall Street gather in said lounge to exchange bits of business transactions that occurred on the market. This is a middle-class white woman’s issue. This is not a priority of minority women…Black women are desperately concerned with the issue of survival in a society in which the Caucasian group has never really practiced the espousal of egalitarian principles in America.”

Like Shirley Chisolm, there were Black Women that were aware and angry with the sexism from Black men but were more concerned for the survival of their community as a whole. Some Black Women went on to join and start feminist groups, and Black Men, who weren’t adequately addressing sexism within the movement (as shown with Elridge Cleaver admitting to the rape of Black Women “for practice” before going into the white community to rape white Women in his book Soul on Ice), felt that white feminists were taking Black Women away from them.

Sexism, misogyny, colorism, domestic violence, sexual assault, rape and incestuous rape within the Black community need to be addressed. Saying that feminism is “a white women’s movement” is to dismiss the aforementioned issues that Black Women face. The racism and insensitivity Black Women faced from white women propelled them to create a space that included their experiences under the noble cause of Feminism. Feminism doesn’t go against the Black community, and it doesn’t bash men. To think that is selfish considering all of the problems Black Women face. Uplifting the voices of Black Woman who call themselves feminist helps to uplift the Black community. “A Nation can rise no Higher than its Woman” is an oft-repeated phrase in the Nation of Islam and is one of the 5 fundamental points concerning Women that The Honorable Minister Louis Farrakhan has upheld for decades. The other four are:

“-ist” is a suffix that means one that adheres to or advocates a (specified) doctrine or system or code of behaviour.

This logic can be applied to the word “feminist” whose root word is “feminine.” Advocating for or adhering to femininity isn’t a bad thing, and neither is classifying yourself as something that promotes equality for Women. Just because someone doesn’t adhere to the same belief system as you doesn’t mean they are against your cause. Feminism is a much more common term than Womanism, but they both have the same goals. Even if you don’t call yourself a Feminist, other black Women may, and they have the same goals as you if you’re for the upliftment of Black Women. So why not embrace them as your sisters in the cause?