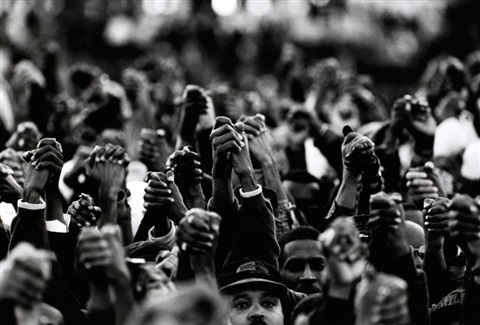 October 16th marks the 25th Anniversary of the Million Man March. This historical day on October 16th, 1995 has been deliberately wiped from the history books due to the man who called this event.  The Honorable Minister Louis Farrakhan, with the backing of numerous religious leaders, activists and pastors, called one million men to Washington D.C. to atone and show that we could stand together.

The event attracted nearly two million men, and it was one of the greatest gatherings of Black men in American history. Despite Minister Farrakhan’s reputation in the media and the repudiation from then President Bill Clinton, the March was a success. He delivered a fiery speech, and during the speech, there were no fights and no drinking or savage behavior. The men were listening to the man who called for them to gather in Washington D.C. Those men got to know Minister Farrakhan that day as he dispelled the lies of him being a hater and a bigot. He set the record straight on the grandest stage of them all: the capital of the United States of America.

During the speech, the military was armed and ready. They were anticipating a riot of some sort, but they were incredibly disappointed, because those Black men that day were committed to righting the wrongs of their communities and atone for the crime and the disrespect of our women. It was the righting of those wrongs that made this day so monumental. 25 years ago, I was a mere infant, but thankfully my father attended, and he was right beside Minister Farrakhan as he delivered his beautiful message.

The March was a success. The media tried to criticize it as much as possible, but those who attended tell a totally different story. They heard a man who gave them the blueprint to making our communities a better place. He called one million Black men and yet nearly two million showed up. No other man has done this in Black History. Your political leaders have failed to do this, but this man Farrakhan was successful, and this day has been written in the Black History books forever.

“Immediately following the March, roughly 1.7 million Black men registered to vote and organizational memberships skyrocketed—the NAACP, churches and mosques reported huge increases and the National Association of Black Social Workers reported a flood of 13,000 applications to adopt Black children.” (noi.org about the Million Man March) It was a huge display of unity, as Black men showed more interest in their communities, started their own businesses and joined Civil Rights organizations. It was one of the greatest displays of our unity, because it proved that Black men can come together for a common cause andovercome all obstacles.

On October 10, 2015, Minister Farrakhan hosted the 20th Anniversary of the Million Man March, called “Justice or Else.” The movement inspired the fight for justice that is still going on today. We are now five years from then and 25 years from the original March, and the cry for justice and atonement continues. The spirit of the March dwells within our people as the fight continues. During the Justice or Else tour, Minister Farrakhan introduced a lesson from Dr. Martin Luther King Jr., which was Redistribute the Pain. “Dr. King, the night before he was assassinated, he called us to a duty that they never talk about since his death.  He called us to the duty of ‘re-distributing pain’:  Pain for the lack of justice; pain for the lack of fair dealing.  Pain…,” he said.

“And since we are suffering, and we don’t have any guns to go up against this (injustice, tyranny), then through our unity, and the taking back of $1.3 trillion of Black spending power in America:  It will be three months from October 10th that you’re going to be in Christmas?  Let’s redistribute the pain.   From ‘Black Friday’—the day after Thanksgiving when you run to the store to spend your money, making American business successful for the whole year with what we spend—to December 25th (Christmas), suppose we all make an agreement that this year we’re going to keep our dollars in our pocket?  This year, we’re not going into debt just to make America happy!  This year, we’re going to honor Christ as he should be honored,” the Honorable Minister Louis Farrakhan said.

That year in 2015, Black Friday store sales dropped by more than $1 billion, which was a 10 percent drop from the previous year. This was a direct effect of the unity that 10.10.15 brought. Black, Brown, Red and even White stood together and kept their money in their pockets. The Minister said, “Up with Jesus and Down with Santa.” All of these people of different cultures and nationalities came together for justice, and as a result, the cry for justice increased, and the Black Lives Matter movement grew as they gained support from their brothers and sisters in the cause.

Justice or Else proved that the spirit of the March was still alive and well. The year 2015 was also referred to as the year of protests, as demonstrations increased in order to combat police brutality. Minister Farrakhan electrified the community and resurrected the spirit of the original March. He encouraged us all to stand up and unite, and said that if we are not given justice, there will be consequences. Because enough is enough. 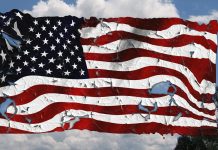