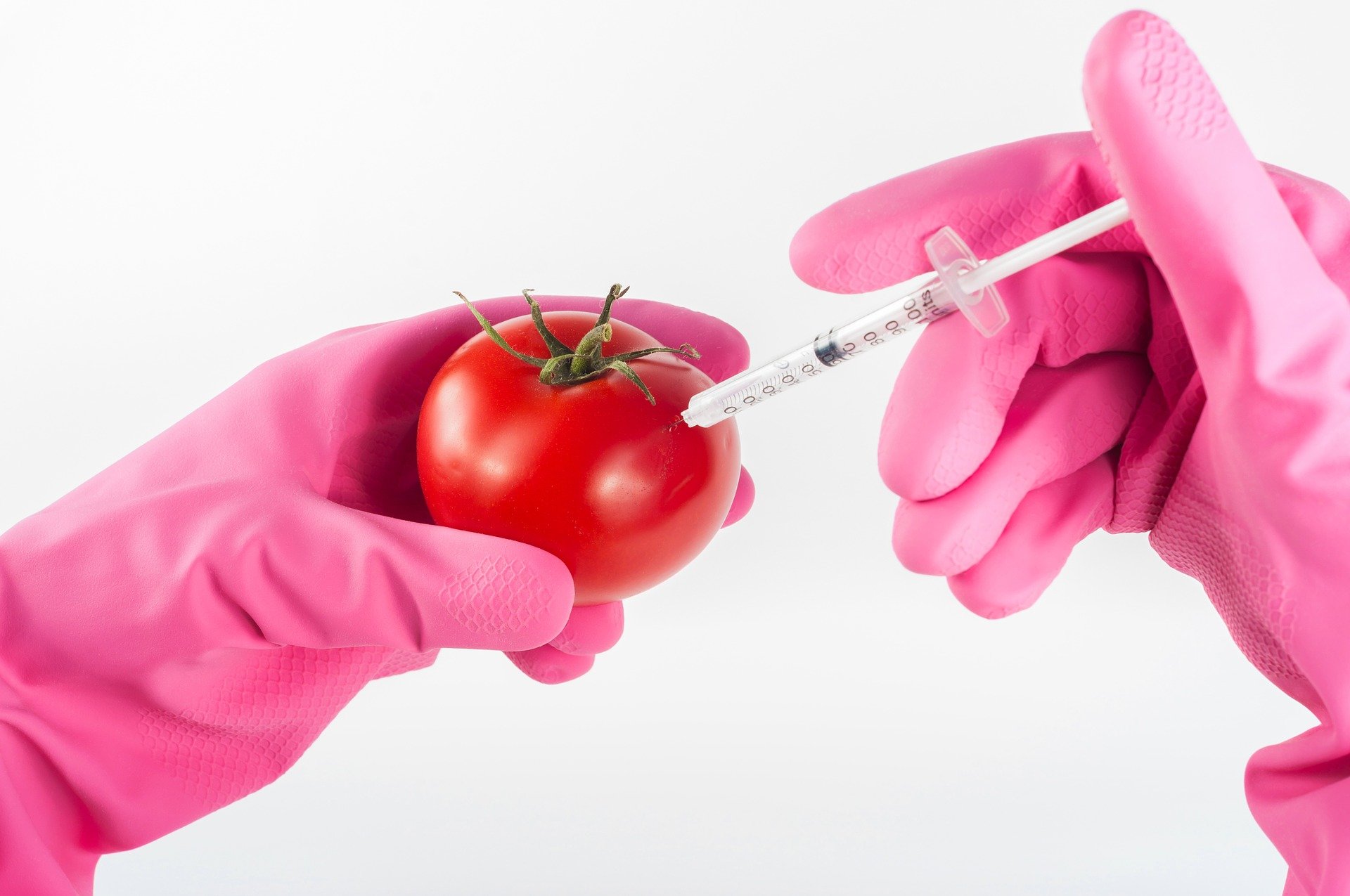 The government of the United States has a plan, initially led by Dr. Henry Kissinger, the Secretary of State under President Richard M. Nixon, to engage in worldwide de-population of the darker peoples of the world. This plan, National Security Study Memorandum 200: Implications of Worldwide Population Growth for U.S. Security and Overseas Interests, was adopted as official policy in 1975 by President Gerald Ford. The groups involved in this depopulation plan include:

They have been utilizing several methods of depopulation. These methods include:

In Part 37 of The Time and What Must be Done, titled “Wicked Policy and America’s National Interests,” the Honorable Minister Louis Farrakhan said:

“I grieved over the widespread death due to the poisons, not ‘un’-intentionally put in vaccines, but intentionally put in vaccines to limit the population of Black people in those countries and places in the world where America’s needs for their vital minerals and resources were deemed necessary—in her mind—for her national interests; to keep America in the world as the ‘No. 1 superpower.’”

Millions of Americans were given polio shots starting in the 1950s and 1960s without explanation of what toxins were in the vial. The United States of America is now heavily pushing the Covid-19 vaccine, and the vaccines are being targeted to the Black and Indigenous of the country. People calling for Black and Indigenous people in America to take the Covid-19 vaccines are blind to the history of the United States government when it comes to the medical and the pharmaceutical industries and disease. Listed below is a small fraction of that history:

Perhaps one of the biggest pieces of that history of treachery against the darker people of the world is HIV/AIDS. During one of Minister Farrakhan’s visits to Zimbabwe, he learned that the AIDS pandemic was killing 5,000 Zimbabweans a week, which adds up to 20,000 a month. It was Black people who were dying. The Minister questioned if the White population were dying, and the answer was no. He then went to a luncheon sponsored by the Zimbabwean Department of Health, and a female doctor who was the Minister of Health announced that every child in Zimbabwe was vaccinated with vaccines that had come from America and Europe.

In “Wicked Policy and America’s National Interests,” Minister Farrakhan went through the “bleak, ominous and questionable” history of the AIDS pandemic. On June 9, 1969, Dr. Donald M. MacArthur of the Army Advanced Research Project Agency testified at a “Subcomittee of The Committee on Appropriations House of Representatives Hearing.” He said,

“Molecular biology is a field that is advancing very rapidly and eminent biologists believe that within a period of five to ten years, it would be possible to produce a synthetic biological agent, an agent that does not naturally exist and for which no natural immunity could have been acquired.”

He later added that it was possible to make a “new infective micro-organism” that would be “refractory,” meaning it would be uncontrollable, stubborn, rebellious, heat-resistant, not responsive to treatment. Many people believed the research could lead to another method of massive killing of large populations. Nevertheless, the request for the $10 million to pursue that research was granted in 1970 under House Bill 15090 to begin the study.

Years later, on May 11, 1987, Pearce Wright, who was then the London Times’ Science Editor, wrote about a 13-year World Health Organization “smallpox vaccine program,” where he connected the spread of AIDS in seven Central African states and Brazil to the smallpox vaccine. Today in America, the Black woman is said to be the number 1 carrier of HIV/AIDS.

Culling the population of the “Third World” is one part of America’s wicked depopulation policy, but the other part is America culling the darker people in her own nation. In March 2009, President Barack Obama appointed Dr. John P. Holdren as a “Science Czar.” Dr. Holdren co-authored a book in 1977 on population policies. These included:

In How to Eat to Live Book 1, the Honorable Elijah Muhammad wrote about the chemistry of death in detail:

“Take, for instance, the use of fluoride, chloride, and sodium, which if not used correctly can destroy our entire life. Maybe it is best to find something else that will clear our water without killing both us and the poison in our food and water.  The scientist should not advocate the use of such poisonous chemicals as fluoride, chloride, and sodium, which may have a bad effect on our brains and our human reproductive organs. The scientist that uses such poison on human beings wants to either minimize the birth rates or cause the extinction of a people.  D.D.T., which is sprayed on food while it is growing up from the earth, is also a poison that should not be put into the human body, regardless of the desire to kill the insects that loves to dine on the same food on which we dine. The poison may not take instant [effect] on us, as it does the insects, but it can, over the long years, help shorten the span of our lives.  We live in a world commercializing on everything where money is involved, and this has speeded production of everything but human lives, in order to fill the demand of the people. This has caused many scientists to overlook the dangerous effects that such fast production has on the health of the people.  Therefore, the only way out for us, the poor Lost-Found Black man and woman of America, is to seek refuge and guidance in Allah for our protection from the evil plannings and doings of Satan.  Allah (God) has pointed out to us in both the Bible and the Holy Qur’an the right foods for us to eat and He has pointed out the poisonous food and drinks.  Follow Allah (God’s) guidance or suffer the consequences.”

Going back to the Natural Security Study Memorandum 200, which was adopted into policy, Dr. Kissinger prepared another depopulation manifesto for President Jimmy Carter called “The Global 2000 Report to The President,” which detailed using food as a depopulation weapon. Examples of poisoned food include:

To go deeper into a few of the examples listed, Donald R. Davis, a former research associate with the Biochemical Institute at the University of Texas, Austin, told a Times magazine writer in 2009 that the average vegetable found in today’s supermarket is anywhere from 5% to 40% or more lower in minerals than those harvested just 50 years ago.

Unripened fruits are being colored so that when you get them from the stores, they’re not sweet nor nutritional. In the December 25, 2010 edition of Current Science, medical doctor Wasim Siddiqui and R. S. Dhua wrote a paper on how eating artificially ripened fruits is harmful. They stated, “Most fruit sellers use Calcium carbide for ripening the fruits. Calcium carbide is extremely hazardous to the human body as it contains traces of arsenic and phosphorus.”

Furthermore, growth hormones are being injected into animals such as sheep and cows in order to fatten them faster. Carina Storrs wrote an article published on January 31, 2011 about cows injected with growth hormones. She writes that the manipulation of growth hormones may increase another hormone, insulin-like growth factor.  Higher blood levels of the insulin-like growth factor, regardless of what causes them, have been associated with an increased risk of breast cancer, prostate cancer, and other cancers in humans. The same article goes into how the fattening up of cattle with sex hormones, most notably estrogen, may cause earlier puberty in children and that estrogen in food can also negatively affect the male reproductive system, killing the sperm and limiting growth in the male sexual organ.

America’s Covid-19 vaccines will prove to be the opposite of a solution, just as the smallpox blankets given to the Native people failed to be a safe solution from the coldness of winter. Instead, the Honorable Minister Louis Farrakhan said, “We need our own masters of chemistry and biology.”

No. We must develop the scientists that will examine whatever you offer us, because we know you as a blood shedder, we know you as a liar, we know you as a deceiver and a murderer!  So why would we trust you with our precious gift, our children?  In the 1960s, the Honorable Elijah Muhammad advised his followers not to take the polio vaccine.  He said some of the early vaccines we could take; but now that this Kissinger National Security Study Memorandum 200 on depopulation is the policy of our government, then we have to be careful of what injections we allow ourselves to take!”

He then advised all who listened to his message to seek refuge in Allah from the mischief of created things.

Before you go, visit https://new.finalcall.com/2020/12/08/the-covid-19-vaccine-and-the-u-s-policy-of-depopulation/ for more information on the Covid-19 vaccines and depopulation.